Release Time | When Will The Crown Tundra Be Released? | Pokemon Sword and Shield 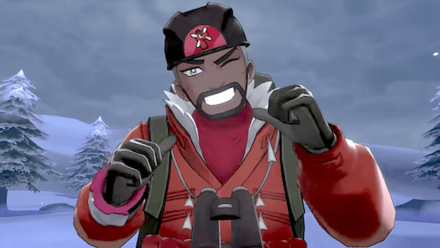 Curious about the Release Time for The Isle of Armor DLC for Pokemon Sword and Shield? Here you can learn what day the game will be released, our predictions for the times the game will be available around the world, and what all we know so far.

Update: The Crown Tundra is now out!

The Crown Tundra was released October 23, 1 AM UTC and is now available globally, so grab your Pokeballs and get ready for adventure!

The previous DLC, The Isle of Armor, was released at 13:00 UTC on June 17th, 2020. As a similar maintenance began just before the Isle of Armor release, it's highly likely that The Crown Tundra will be released during or after the maintenance.

For the Isle of Armor release, the maintenance was from 9:00 AM to 2:00 PM UTC and the game itself released 1 PM UTC, giving just an hour in-game before HOME could be used with the DLC.

It's likely that the Crown Tundra will be released an hour before the end of the maintenance as well, at 03:00 UTC, but there's no guarantee of the exact time. We'll continue to update as more information is released!

It's available for digital download with Pokemon Sword and Shield, so be sure to pre-download the Expansion Pass, so that you'll have access to The Crown Tundra DLC as soon as the game is available!

Register as a member and get all the information you want. (It's free!)
Login
Opinions about an article or post go here.
Opinions about an article or post
We at Game8 thank you for your support.
In order for us to make the best articles possible, share your corrections, opinions, and thoughts about "Release Time | When Will The Crown Tundra Be Released?" with us!
When reporting a problem, please be as specific as possible in providing details such as what conditions the problem occurred under and what kind of effects it had.