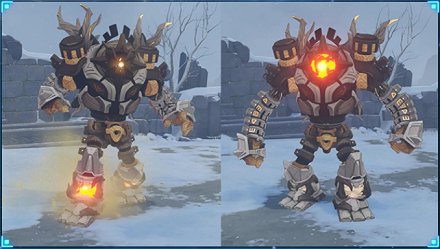 This is a guide to Ruin Graders, an enemy appearing in Genshin Impact. Read on to learn locations where you can find Ruin Graders, as well as spoils dropped when defeating them.

How to Beat Ruin Graders

Take out the Weakpoints on its Legs

While you can hit its eye similar to a Ruin Guard, the best way to stun the Ruin Grader is by shooting the weakpoints on its legs with arrows. Keep in mind that you can only do this when they glow.

Once they're knocked out, make sure you deal as much damage as possible! 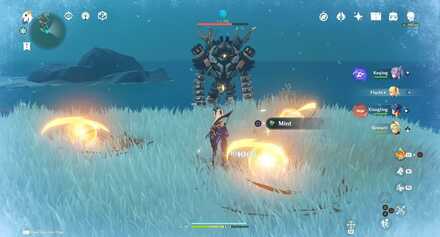 The Ruin Grader can launch missilies that will leave orbs when it hits the ground. These orbs deal a high amount of damage, which is why it's best to avoid them and find a better angle to keep attacking.

Take Cover During the Laser Attack

The Ruin Grader also has a lser attack, which will lock onto you and deal damage. Keep moving and find a place to take cover!

Avoid the Spinning and Charge Attacks

Similar to the Ruin Guard, the Ruin Grader also has a devastating Spin Attack that will knock you out quickly if you're not careful. Keep your distance and get ready to attack once it's over.

The same can also be said for the Charge Attack. Dodge the attack and strike after it stops.

>>7 Most enemies will recover their health when you walk out of the area. I suspect the same is for the ruin grader. To keep it from recovering you need to stay in the area.

A reviving ruin grader can be found at the very bottom of dragonspine. You can weaken them by hitting their leg first and when they kneel, you need to hit their eyes may it be a bow or any melee weapon.

Register as a member and get all the information you want. (It's free!)
Login
Opinions about an article or post go here.
Opinions about an article or post
We at Game8 thank you for your support.
In order for us to make the best articles possible, share your corrections, opinions, and thoughts about "Ruin Grader: Locations and Item Drops" with us!
When reporting a problem, please be as specific as possible in providing details such as what conditions the problem occurred under and what kind of effects it had.