How to Use Scarlet Quartz and Break Ancient Rime | Genshin Impact

Scarlet Quartz is an Item in Genshin Impact. Learn how to use and where to find it, its rarity and effects, and everything you need to know about Scarlet Quartz here!

How to Find Scarlet Quartz 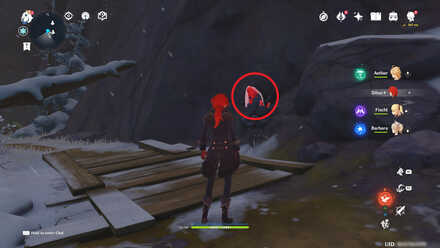 Scarlet Quartz is a special ore can be found scattered across Dragonspire. Once shattered, it provides temporarily warmth to your characters, halting the Sheer Cold gauge. 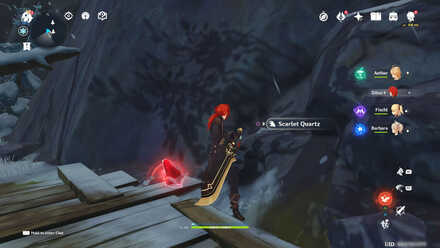 Claymore users are recommended when gathering Scarlet Quartz in order to destroy the red rocks in one hit.

How to Use Scarlet Quartz 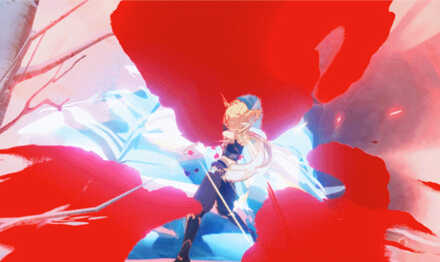 Throughout Dragonspire, you will find objects frozen in Ancient Rime, usually big blocks of shining ice. Unlike normal ice found in other regions, this one cannot be shattered by weapons or Pyro elemental skills.

You will need the effects of Scarlet Quartz to break through the ice and access the item inside.

Used to Unlock the Frostbearing Tree 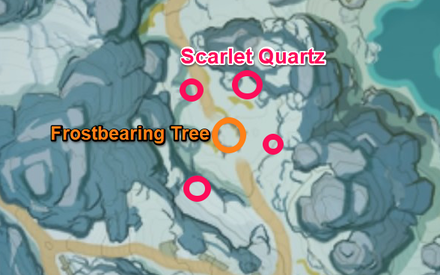 To unlock the Frostbearing Tree, you must use the Scarlet Quartz located around it. Pick up one and hit the pillar once to thaw it out and unlock it.

Unlocks the Statue of the Seven

Unlocks Pillars during In the Mountain

Scarlet Quartz is imporant in thawing out the pillars during the In the Mountain quest. You have to locate each Quartz piece to unlock all pillars and finish the quest.

In the Mountains Walkthrough 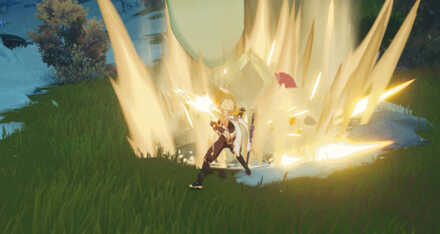 Certain enemies exposed to the effects of Scarlet Quartz may also suffer additional damage once the ore is shattered. 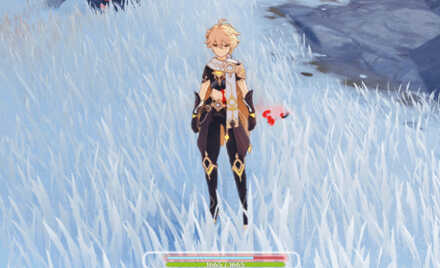 Scarlet Quartz is a vital item to counter a new environmental mechanic found in Dragonspire. The Subzero Climate will inflict the Sheer Cold status on your characters, represented by a blue bar on the bottom of the screen.

Once this blue gauge fills, your characters will begin to gradually lose HP.

You have a short amount of time where you can use the Scarlet Quartz effect until it disappears. So use it quickly before time runs out!

Register as a member and get all the information you want. (It's free!)
Login
Opinions about an article or post go here.
Opinions about an article or post
We at Game8 thank you for your support.
In order for us to make the best articles possible, share your corrections, opinions, and thoughts about "How to Use Scarlet Quartz and Break Ancient Rime" with us!
When reporting a problem, please be as specific as possible in providing details such as what conditions the problem occurred under and what kind of effects it had.