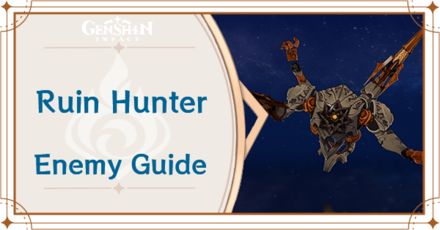 This is a guide to Ruin Hunters, an enemy appearing in Genshin Impact. Read on to learn locations where you can find Ruin Hunters, as well as spoils dropped when defeating them.

How to Beat Ruin Hunters

Ruin Hunter fights can become troublesome without a bow user, as it can only be stunned by a Bow user when it hovers in artillery mode. 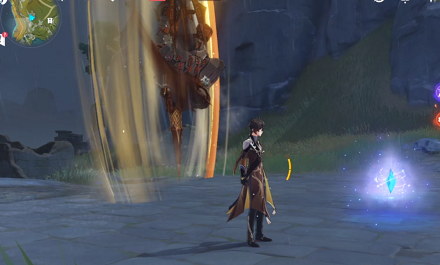 Aside from the Ruin Hunter's basic swipe attack, they will also use several fast, wide range spin attacks that will track the player. If you are able to dodge through the attack, you will be able to dodge almost all of the subequent attacks. Take care to watch the final vertical spin of this attack string as there is a slight delay before it hits.

Be Careful of the Charge Attack 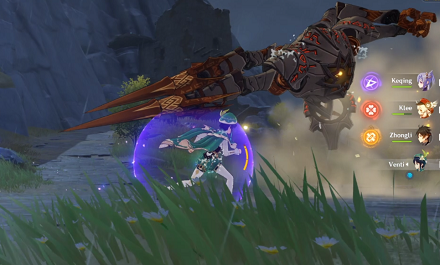 The Ruin Hunter will occasialy charge one of its drill arms for a charge attack. The telegraph for this attack is fairly obvious, however, while the attack is charging it will track the player making it more difficult to dodge. This attack does a ton of damage and should be avoided if possible. Take care not not lose sight of a Ruin Hunter when fighting multiple enemies as this attack can sometimes sneak up on you and knock out a character. 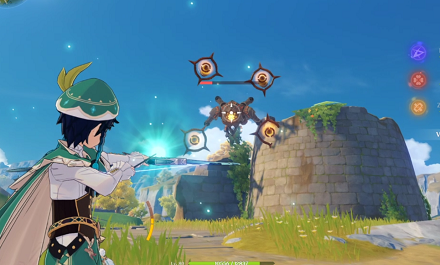 When the Ruin Hunter takes to the air it will begin a series of high damage ranged attacks. In this mode it can launch several large AoE mortar strikes, machine gun fire at ranged characters, fire a salvo of missiles like Ruin Guards, and charge a huge AoE blast.

Due to the high damage this mode can inflict, it is recommended to have a Bow user in your party to shoot its weakpoint and disable it, especially since melee characters will be unable to hit it while it hovers. If its weak point is not hit the Ruin Hunter will remain in artillery mode for quite some time which can drag out the fight.

Despite their high attack speed, Ruin Hunters will idle between combos giving you time to launch a string of attacks before it goes on the offensive again.

In order for us to make the best articles possible, share your corrections, opinions, and thoughts about 「Ruin Hunter: Locations and Item Drops | Genshin Impact」 with us!