Star of Destiny Walkthrough and Rewards | What the Stars Conceal, the Water Reveals | Genshin Impact

Ready to pull? Find out what characters to aim for!
・Tartaglia Wish with Gacha Simulator!
・Character Tier List
・Best Wish to Pull 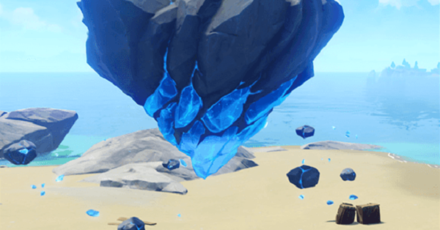 Star of Destiny is the third phase of the Unreconciled Stars event in Genshin Impact. Read on to find out when the event will start, how to play, and what rewards you can get!

How to Unlock Star of Destiny

Star of Destiny is available on November 23 as part of the Unreconciled Stars Event, and is unlocked by completing the Crisis Deepens Story Quest of the previous part.

Things To Do in Stars of Destiny

Completing the What the Skies Conceal, the Water Reveals Story Quest is necessary first to play the Fallen Star Challenge and Meteoric Wave Quests included as part of Star of Destiny. The Fading Star's Essences you get through this part is needed for the very important Talent Material, the Crown of Sagehood.

What the Skies Conceal, the Water Reveals Story Quest

How to Start What the Skies Conceal, the Water Reveals

In order to start What the Skies Conceal, the Water Reveals story quest, you will first need to finish the Stars of Deceitful Dreams story quest.

Once you've done the above, you can go and talk to Mona near Windrise to begin the quest.

What the Skies Conceal, the Water Reveals Walkthrough 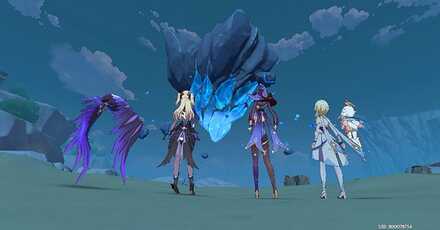 Apart from the spate of unconsciousness caused by the meteorites, the appearance of the Fatui has also aroused your suspicions. Fortunately, the arrival of the astrologist Mona has given your efforts a much-needed boost. With the help of her mystical scrying techniques, you begin to delve into these mysteries...

What the Skies Conceal, the Water Reveals Objectives

What the Skies Conceal, the Water Reveals Quest Rewards

The main draw of the Star of Destiny phase of Unreconciled Stars is the Fallen Star Challenge. This challenge involves clearing out fields of enemies, with the added twist of requiring players to stand still to submit the energy they collect.

After unlocking this event phase and completing the Story Quest, you will also unlock three Meteoric Wave World Quests you can complete. These quests can reward you with items such as Fading Star's Might, Fading Star's Essence, Primogems, and Mora.

Ivanovich sees the meteorites as a business opportunity, convince him that that might not be the best idea... 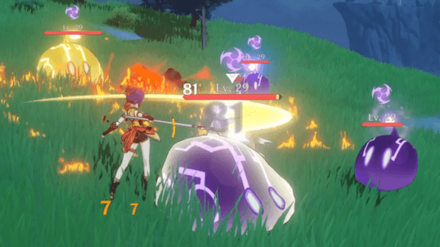 Viktor has lost something important and needs your help to find it.

A Mysterious Loss
Walkthrough and Rewards 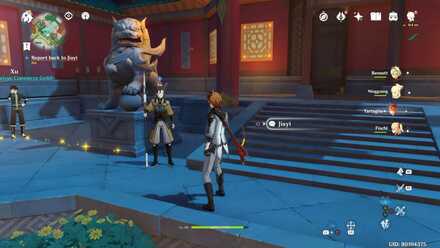 The meteor shower has interfered with Millelith Jiyai's plan to head home. He will need your help to deliver a letter to his daughter.

Trouble With Letters
Walkthrough and Rewards

What the Skies Conceal, the Water Reveals Quest Rewards

Keep in mind that clearing the Star of Destiny story quest will unlock three event world quests that rewards you with the Fading Star's Essence.

After successfully submitting enough celestial energy on the fallen star, you can use 40 Original Resin to claim your rewards. The amount of Fading Star's Essence you get depend on your world level.

How to Use and Restore Original Resin

Additional Rewards in the Battle Pass

Completing the Fallen Star Challenge 6 times will reward you an additional 1500 Battle Pass EXP. Remember that the Battle Pass has free rewards available as well, so don't neglect it even if you're not paying for the Gnostic Hymn!

Register as a member and get all the information you want. (It's free!)
Login
Opinions about an article or post go here.
Opinions about an article or post
We at Game8 thank you for your support.
In order for us to make the best articles possible, share your corrections, opinions, and thoughts about "Star of Destiny Walkthrough and Rewards | What the Stars Conceal, the Water Reveals" with us!
When reporting a problem, please be as specific as possible in providing details such as what conditions the problem occurred under and what kind of effects it had.