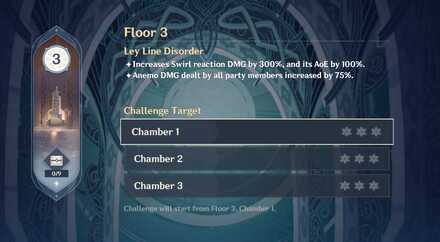 This is a guide for the third Floor of Spiral Abyss in Genshin Impact. Keep reading for recommended party members, enemy lists, and possible rewards!

This party focuses on using Venti's Elemental Burst to cause Swirl and deal with smaller enemies. The type of Swirl depends on which of the other 3 party members you use to cause it. You'll likely be using Diluc (or another attacker) to deal the bulk of the damage.

With Floor 3 increasing Anemo damage you'll want to bring a few Anemo characters if possible. Swirl damage and AoE is also increased on this floor making it easier to deal with enemies.

Level yourself above 45 before heading in to be on the safe side. The higher your level the easier it'll be to get all 9 stars.

How to Level Up Characters | Leveling Guide

The Ley Line Disorder for this floor increases the damage and AoE of Swirl, making this a great way for quickly taking out enemies.

For your Benediction of the Abyss you should go with whatever buff will increase your damage output. The first and second Chambers specifically have a decent sized buff you can take advantage of so prioritize picking that.

Make Use of Swirl 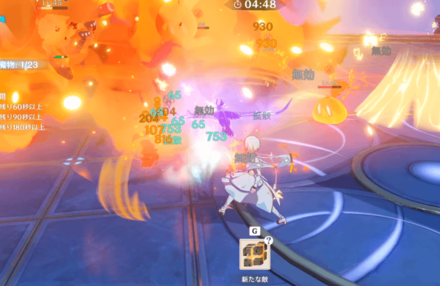 With Swirl's damage boost you should be using it as much as possible. Before causing a Swirl reaction, switch to another character of a different element so it can be spread when Swirl kicks in.

There are also 3 Large Slimes as well so try to get them in the mix as well for the most effective Elemental Reactions.

Knock Enemies Out of the Arena

In the first chamber it's actually possible to knock enemies out of the field, saving time as you won't have to fully deplete their HP. Diluc and the Anemo Traveler are great for knocking enemies back. 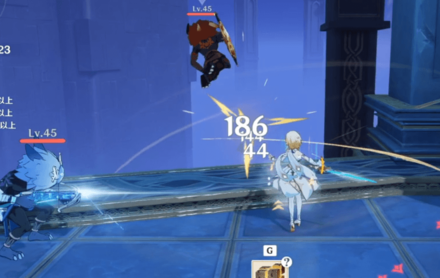 Hilichurl Shooters will stick to the edges of the arena and won't make any attempts to come near you so they should be taken out first. One handed sword users can knock enemies out of the ring with their charge attack. 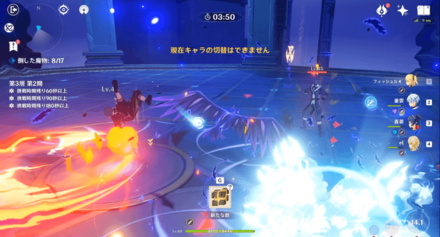 Round up all the enemies and blow them away with Elemental Bursts for maximum efficiency. Depending on your characters stats, clearing this chamber with 180 seconds remaining can be difficult so pull out the stops and go hog wild.

Enemies Can Be Knocked Off the Arena Again

Just like the previous chamber, enemies can be knocked back to their eventual demise with certain attacks. Depending on how you line up your Elemental Bursts, you may be able to knock multiple enemies off at a time. 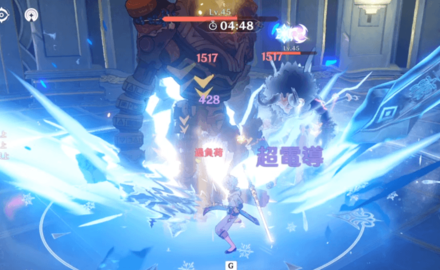 The extra damage that comes with Overloaded reactions or the defense down inflicted by Superconduct will make your life easier here. Apply Pyro, Cryo, or Electro and smack them with a Swirl reaction to take these larger enemies out.

Run Away From the Ruin Guard's Spin Attack 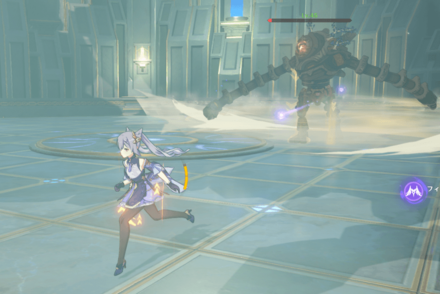 Once the Ruin Guard starts spinning at you keep away from it. If you have good aim with a bow you might be able to hit its weak spot to stun it momentarily, however. If you opt to run away watch your stamina gauge so you don't get caught. 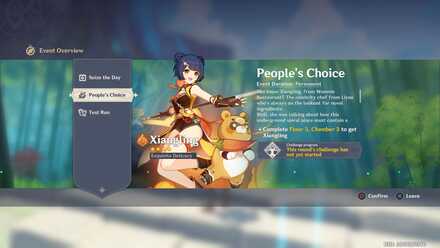 For the permanent event, People's Choice, you will receive Xiangling upon clearing Floor 3 Chamber. She's an easy to pick up Pyro elemental character so everyone should check this out! If you've already received her from a wish you can receive one of her Stella Fortuna to upgrade her Constellation instead so it's a win-win.

>>1 You can get many characters if you put money in the game.

how are we supposed to use Xiangling if we get her from this level? /nm

Register as a member and get all the information you want. (It's free!)
Login
Opinions about an article or post go here.
Opinions about an article or post
We at Game8 thank you for your support.
In order for us to make the best articles possible, share your corrections, opinions, and thoughts about "Spiral Abyss Floor 3 Walkthrough" with us!
When reporting a problem, please be as specific as possible in providing details such as what conditions the problem occurred under and what kind of effects it had.