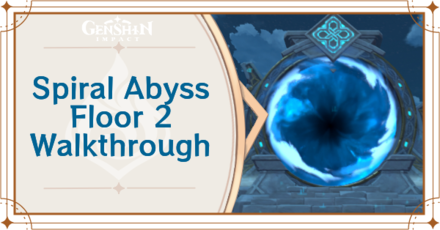 This is a guide for floor 2 of Spiral Abyss in Genshin Impact. Keep reading for recommended party members, enemy lists, and possible rewards!

This floor increases Cryo damage dealt by 75% so bringing one or two is a no brainer. There are also plenty of Hydro enemies so you can take advantage of the increased Frozen duration.

Level yourself above 40 before heading in to be on the safe side. The higher your level the easier it'll be to get all 9 stars.

How to Level Up Characters | Leveling Guide

Thanks to the Ley Line Disorder in Floor 2, freezing enemies is much more effective. Many of the enemies are Hydro element so you should try to inflict them with Frozen as much as possible.

For your Benediction of the Abyss you should go with whatever buff will increase your damage output. The first and second Chambers specifically have a decent sized buff you can take advantage of so prioritize picking that.

Use Skills to Round Up Slimes 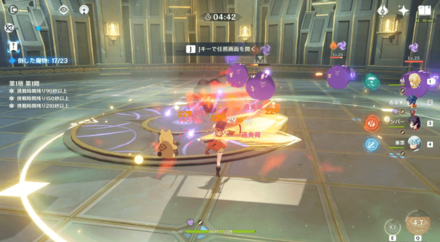 Use your Elemental Skills to try and get all the slimes in one go. Cryo and Pyro are good choices here for setting off Superconduct or Overloaded Elemental Reactions. 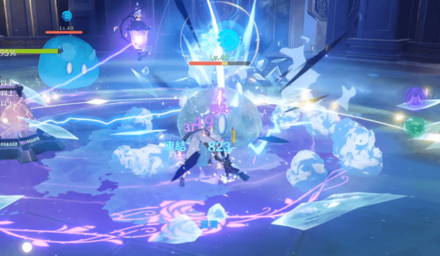 To aid in protecting the Domain Monolith you should attempt to freeze enemies to keep them away from it. Once they've been frozen they'll have increased defense so switch to your strongest physical attacker until they thaw and repeat.

Go After the Slimes

The Large Slimes will go straight for the Monolith, so chase them down where they initially spawn.

The Hydro Abyss Mage that spawns is one of the more annoying enemies so you should go after it first. Use Elemental Skills to break its shield then knock it down with a two-handed sword user.

Focus on One Abyss Mage at a Time 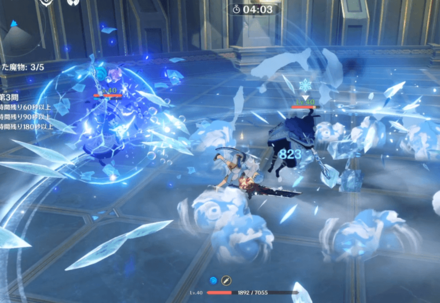 In the final chamber two Abyss Mages will spawn so get rid of one of them to reduce their ranks before focusing the other one. Use Cryo to break those shields much faster and to Freeze them at the same time.

Register as a member and get all the information you want. (It's free!)
Login
Opinions about an article or post go here.
Opinions about an article or post
We at Game8 thank you for your support.
In order for us to make the best articles possible, share your corrections, opinions, and thoughts about "Spiral Abyss Floor 2 Walkthrough" with us!
When reporting a problem, please be as specific as possible in providing details such as what conditions the problem occurred under and what kind of effects it had.