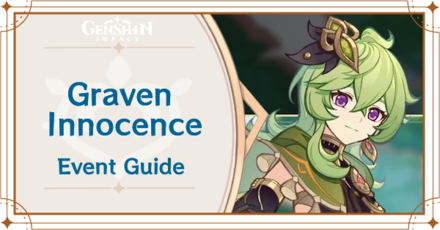 Graven Innocence is a Sumeru Exploration Event with a Wood Carving feature in Genshin Impact 3.0. Check out the event's release date, how to unlock Graven Innocence how to play the event, how to get a free Collei, and all the rewards here!

What is the Graven Innocence Event?

Graven Innocence is an event where you explore Sumeru with Collei to gather inspiration for the toy craftsmen of Acara Crafts in Port Ormos. You'll be tasked to grab snapshots of the Sumeru flora and fauna, defeat bosses, finish races, and beat enemies!

Graven Innocence was announced during the 3.0 Livestream and will release as soon as the update is here!

How to Unlock Graven Innocence 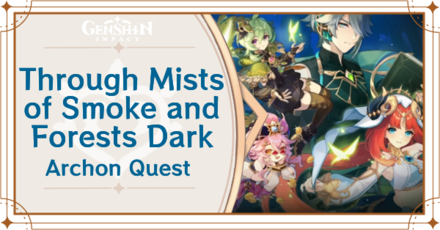 To unlock the Graven Innocence, you need to reach Adventure Rank 20 or above and complete "The Trail of the God of Wisdom" part of the Chapter 3: Act 1 - "Through Mists of Smoke and Forests Dark" Archon Quest.

The shop's duration is the same as the event duration for the entire event!

How to Play Graven Innocence

Help Out in Acara Crafts in Port Ormos 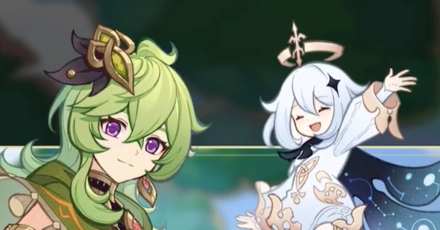 A Craft Store in Port Ormos, Sumeru needs help in the continued development of new toys! The craftsmen of Acara Crafts will task you to grab inspiration by getting snapshots, defeating boss enemies, completing races, and beating enemies in enemy camps.

Get Collei After the Tutorial Quest 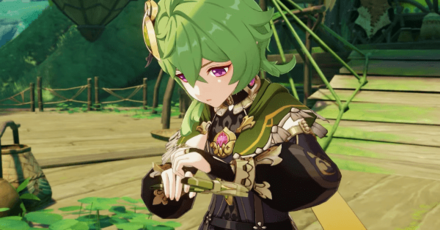 The event features the story of Collei via Event Quests in the Meticulous Craftsmanship, which also counts as the tutorial quest for the event. After completing the quest, you can get Collei for free! 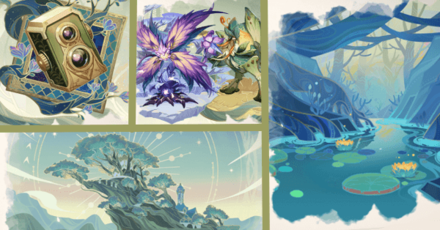 Roaming the Jungle is the main event section for the sub event phases like the: Snapshots, Behemoth Observation, Grove Dash, and Braving the Elements Challenges!

Get Snapshots of Sumeru 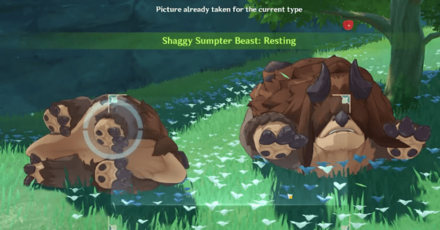 The first sub-event is about grabbing snapshots of the plants, animals and species rich in the Dendro element as a means of inspiration!

Defeat the Bosses in Behemoth Observation 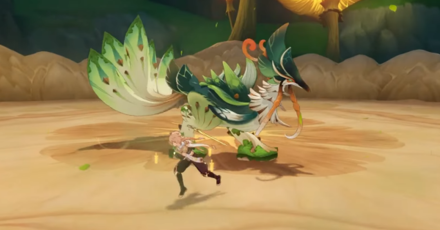 Another means of getting inspiration is by defeating the new boss enemies in Sumeru, the Jadeplume Terrorshroom and the Electro Regisvine! 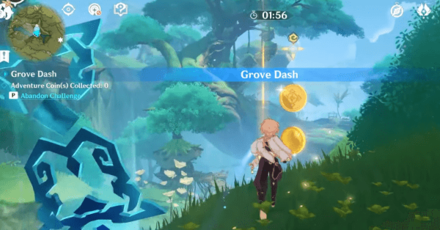 Grove Dash is a racecourse sub-event where you'll traverse a trail in the Sumeru rainforests!

Defeat Enemies in Braving the Elements 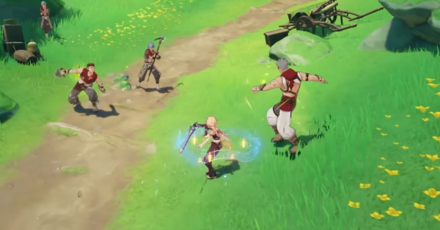 Defeat enemies with the use of the Dendro element and another element to fully immerse yourself in the combat mechanics of Sumeru!

Get Whimsical Drafts and Creative Notes

After obtaining Craving Components, you can assemble them into forest spirit woodcarvings that you can display on the event's furnishing stand!

How to Get a Free Collei

You can get a free Collei by completing the Meticulous Crafmanship Tutorial Event Quest!

We will update this section when more information is available!

In order for us to make the best articles possible, share your corrections, opinions, and thoughts about 「Graven Innocence Event Guide | Genshin Impact」 with us!