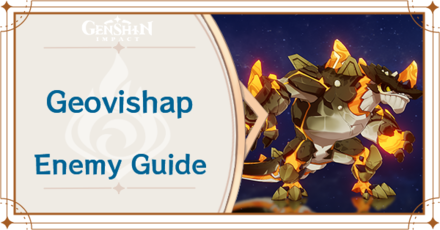 This is a guide to Geovishaps, an elite enemy in Genshin Impact. Read on to learn locations where you can find Geovishaps, as well as spoils dropped when defeating them.

Attack the Face to Stun

Dealing damage directly to the Geovishap's face will stun it giving you an opportunity to deal massive damage.

Use a Shield to Counter the Charge 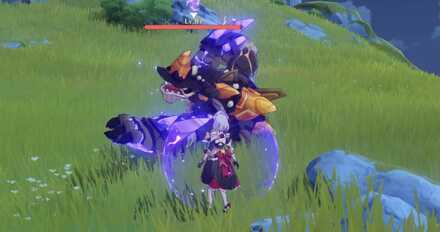 Having a shield up when the Geovishap charges will cause it to topple over just like Geovishap Hatchlings. This can set up another opportunity to unleash your highest damage combos.

Change Party Based on Element 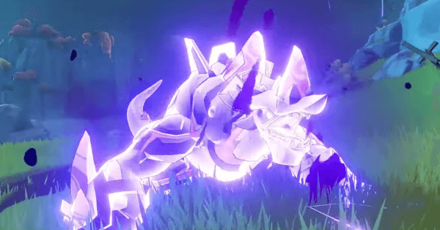 The Geovishap can infuse its body with Cryo, Hydro, Electro or Pyro depending on its location. This will also affect its elemental resistance, so its best to bring a party suitable for combating its infused element. 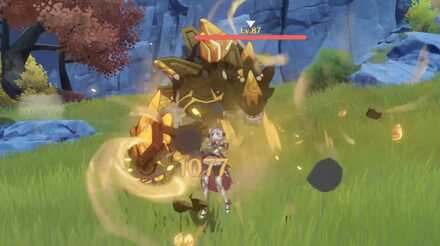 The claw swipe has a very obvious wind up before it starts. Once you the Geovishp raise its claws to strike you should dodge to clear the attack. 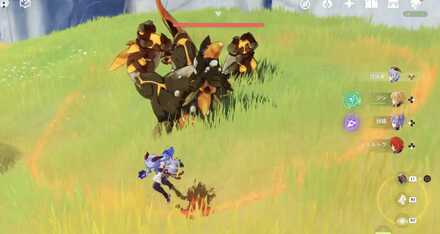 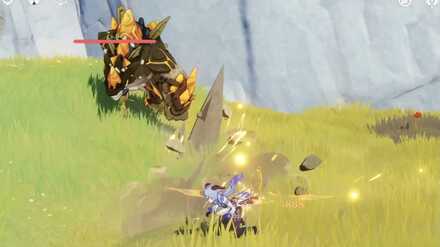 The Geovishap will slam its fists into the ground and send stone spikes at the player 3 consecutive times. The telegraph for this attack is rather easy, so be sure to quickly dodge or use a shield to tank the attack. 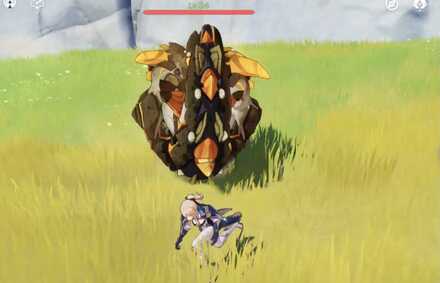 The Geovishap will curl into a ball before rolling at the player at a high speed. Getting hit by the initial charge will also cause you to get hit by the subsequent slam attack. Take care when you see this attack as it is rather fast.

During battle, a Geovishap will imbue itself with an different element depending on its location. This will boost their reistances and also change the way they attack. 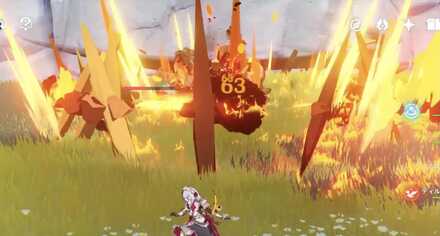 Pyro imbued Vishap attacks will be imbued with Pyro and it will easily set the environment ablaze with AoE attacks which will deal constant damage. Be sure to bring a good healer.

When the Hydro imbued Vishap attacks, a Hydro ring will form around the active character for a short period of time. Once it disappears a burst of water will erupt from where it vanished. There is a small delay between the ring disappearing and the hydro burst, use that window to dash away safely. 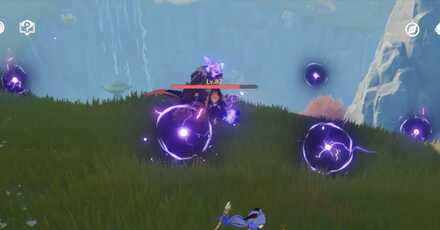 Electro imbued Vishaps will release Electro orbs when they attack. The Electro orbs will move randomly around the field making them difficult to dodge. 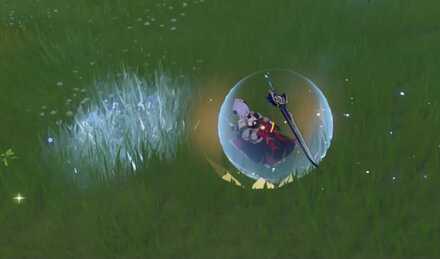 Cryo imbued Vishaps will place patches of ice spikes on the ground that will explode if the active player comes in contact with them. Be sure to watch your footing.

Register as a member and get all the information you want. (It's free!)
Login
Opinions about an article or post go here.
Opinions about an article or post
We at Game8 thank you for your support.
In order for us to make the best articles possible, share your corrections, opinions, and thoughts about "Geovishap: Locations and Item Drops" with us!
When reporting a problem, please be as specific as possible in providing details such as what conditions the problem occurred under and what kind of effects it had.