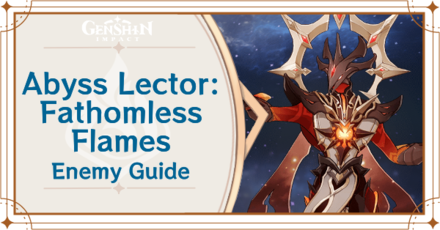 The Abyss Lector: Fathomless Flames is the Pyro variation of Abyss Lectors in Genshin Impact. Learn about the Pyro Abyss Lector attacks, their weaknesses, recommended party members, and other information in this enemy guide! 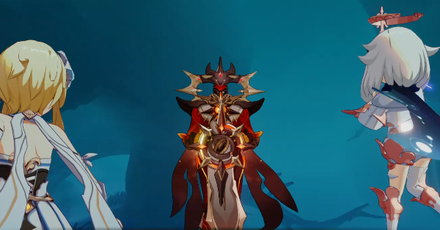 The new pyro-infused Abyss Lector was released on January 5, 2022 along with the Version 2.4 update.
Update 2.4 Release Date & Patch Notes

Have Hydro Characters for Shield Breaking

A strong Hydro Character will be needed to deal with this Abyss Lector's shields and Darkfire Furnace. Childe and Kokomi are perfect for this role, especially due to Kokomi's Elemental Skill.

Noelle is a powerful DPS that comes with a shield that can help you against this Pyro Lector's attack that applies a mark that will deal explosive damage. Having the Geo Traveler on your team will help as a Sub-DPS and provide Geo resonance to increase damage.

Barbara provides they key role in removing the shields of the Abyss Lector and destroying the Darkfire Furnace. Kaeya is replaceable but he can provide important crowd control by freezing the enemy.

How to Beat the Abyss Lector: Fathomless Flames

After bringing down its HP to around 20%, a Cryo and Pyro Abyss Mage will spawn. They don't need to be dealt with in order to finish the fight, but it may be a good idea to deal with the Pyro Abyss Mage as it is the most annoying enemy. 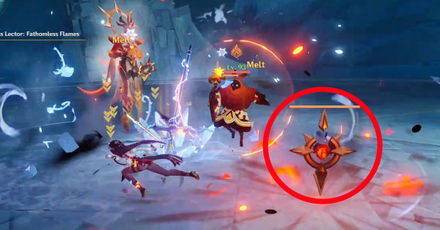 Along with the mobs, the Abyss Lector will also will also spawn a Drakefire Furnace. This will cast random fire AoE's underneath your character that will only stop once the Furnace is destroyed.

Destroying it will also deal a lot of damage to the Abyss Lector's shields, so make sure to destroy it when it spawns! 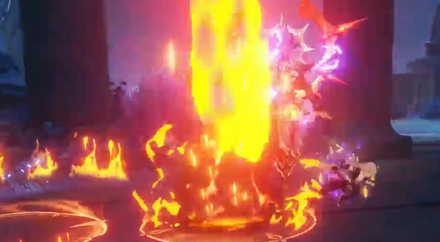 The Abyss Lector will cast an AoE underneath the active character that will shoot fire up from the ground. This attack is fast but can easily be avoided because of its small AoE. 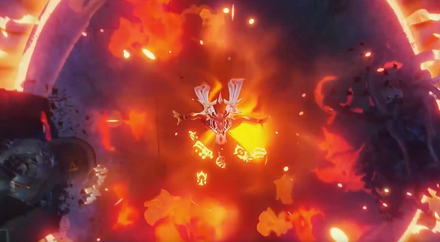 The Abyss Lector will periodically cast a fire AoE around it that covers a wide area. It can easily be avoided by dodging at the right time. The Aoe Pyro Blast will also be cast when the Abyss Lector spawns its shield at around 20% HP left. 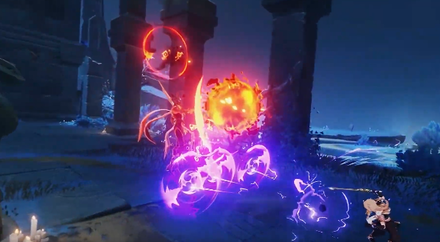 The Abyss Lector will raise his right hand and channel a Pyro Ball. Once fully summoned, he will throw the Pyro Ball towards the player, dealing massive damage.

Destroy the Drakefire Furnace to stop this attack and deal damage to the Abyss Lector's shields!

Item Drops from All Abyss Lectors

Post (1 Comments)
Opinions about an article or post go here.
Opinions about an article or post
We at Game8 thank you for your support.
In order for us to make the best articles possible, share your corrections, opinions, and thoughts about "Pyro Abyss Lector: Fathomless Flames Enemy Guide" with us!
When reporting a problem, please be as specific as possible in providing details such as what conditions the problem occurred under and what kind of effects it had.