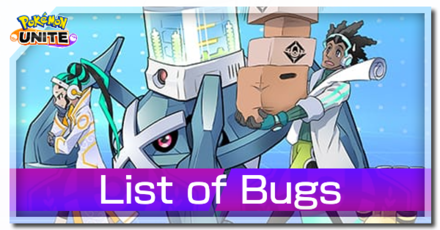 This is list of all bugs and errors in Pokemon UNITE for Switch and Mobile. Check here for all currently active bugs, fixed bugs from patches, as well as usual errors and issues you may encounter in-game.

It has been confirmed that players in the Android platform is experiencing login problems via Facebook. Pokemon UNITE is aware of the issue and is hard at work it!

Did We Miss Anything? 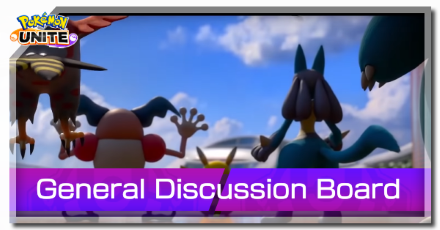 If we miss any bugs that you have discovered, head on out to our General Discussion Board and share your discoveries to the community!

Pokemon UNITE is currently investigating an issue where players with Pokemon Trainer Club accounts are unable to login to the game in the mobile version.

Pokemon UNITE is currently investigating an issue where players who bought the UNITE Club Membership via Google Play are not receiving the intended benefits upon renewal. We will be updating this section when UNITE has announced a fix.

Pokemon UNITE's official Twitter account recognizes that there is an issue regarding being moved to matches with AI teammates and opponents when your internet connection is unstable. It is currently under investigation and we will update this article as soon as there is news that it is fixed.

Pokemon UNITE's official Twitter account confirmed that an issue where the progress bar would freeze at 49% in some Android devices has been resolved. During our time with the game on mobile, we have not encountered this problem. It may have only affected some Android users. Still, it is great to hear that the issue has been fixed.

This issue is about the Social Daily Mission specifically on how people cannot clear the mission despite meeting the requirements. Players are also unable to receive rewards as the Claim button does not appear.

This issue is about claiming Pre-Registration Rewards as some people cannot claim the rewards related to the Mobile Pre-Release because the Claim button does not appear.

In a Twitter post by Pokemon UNITE JP, there is a bug found on Zoroark's Night Slash. The bug occurs when players upgrade Night Slash during the jump attack, preventing the move from upgrading and being used normally.

Acccording to the official Twitter account of Pokemon UNITE, an issue regarding in-app purchases not performing normally has been identified.

We experienced a bug or a strange interaction where the speed flux effect did not wear off even after destroying the first enemy goal. This happened when we played as Tsareena in a Quick Battle match. It eventually disappeared when Tsareena got defeated and respawned. The bug is confirmed to be related to Tsareena's Queen Ascendant.

According to Pokemon UNITE's twitter account, there is an existing bug that messes up with the targeting of your Pokemon: wild Pokemon are targeted unintentionally even if you're aiming another Pokemon via the Lock-on Feature. This also only happens when the Lock-On Feature is turned on.

The official Pokemon UNITE Twitter account has confirmed a bug in which allies and opponents are not working properly during the match. It was also confirmed that some match results are not reflected correctly.

It was later found that the bug can occur when Greninja is present in the match. Fortunately, as of Version 1.5.1.5, the bug has been addressed and appears to be fixed!

The Official Pokemon UNITE Twitter account confirmed a bug where EXP gained per second are not counted in the level before an evolution. Because of this, a A hotfix was released on May 6, 2022 to address the said bug!

The official Japanese Pokemon UNITE Twitter account has confirmed that there is an ongoing bug that prevents Nintendo Switch players from logging in and starting UNITE battles. This has since been patched out in Version 1.4.1.9 released the same day. 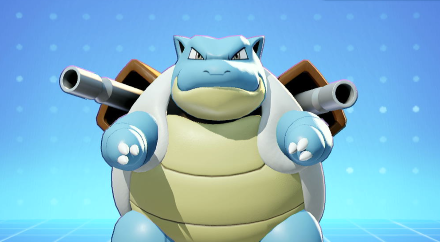 As of Version 1.4.1.8, the bug that allows Blastoise to easily spam Water Spout attacks while in Rapid Spin has been fixed! Blastoise is no longer Bugged-Tier!

During the release of Version 1.4.1.7, Nintendo Switch users have encountered an error that prevented them from downloading the new update and getting in the game. Fortunately, the error was quickly fixed and Nintendo Switch players were able to log in again! 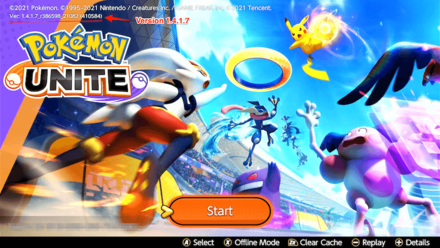 A temporary workaround for this error can be made by re-installing the game again on your Nintendo Switch. Additionally, according to the official Pokemon UNITE Japanese twitter, you may follow these instructions to archive and update the Pokemon UNITE app to fix the error. It's in Japanese but here's how we archived and redownloaded the Pokemon UNITE software - and this worked for us.

The official Japanese Pokemon UNITE Twitter account announced that a new update was released to address a game-breaking bug that made Cramorant invincible for a long time in a match. As of Patch 1.3.1.6, our testing showed that the bug is now fixed!

We have seen reports that some players are not getting Aeos Tickets according to their highest Season Rank. This has been confirmed and since has been fixed by the Pokemon UNITE Team according to a recent tweet! Players affected will be compensated at a later date. 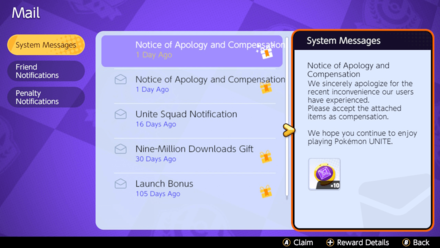 Players who already bought a Greedent license will receive a notice of apology and compensation in their mail for the Defender mission bug. Though the message did not indicate what the compensation is for, we think this is for the Greedent bug not progressing the Defender missions. We also checked an account that does not have a Greedent license and saw that it did not receive the compensation. Therefore, we can say that the notice of apology is for this particular bug!

As of patch 1.2.1.7, the damage reduction bug appears to be fixed! This was not mentioned in any previous patch notes, so it is unclear when the fix took effect. Still, it is good to see that the issue is resolved.

In order for us to make the best articles possible, share your corrections, opinions, and thoughts about 「List of Bugs and Errors | Active Bugs and Fixes | Pokemon UNITE」 with us!