Thank you to everyone who participated in our survey! We'll do our best to pay you back in our guides!!

Gardevoir is available now for 8,000 Aeos Coins!
★Gardevoir Builds and How to Use 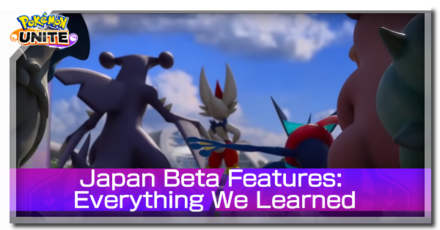 The Japan Beta period has ended. In this article, we are going to talk about all the big details we discovered from the Beta!

Pokemon UNITE is centered around a scoring objecting system where the team that gets the highest amount of goals will win. Each match is fixed at only 10 minutes each, so its perfect for people who want short and fast paced exciting matches!

Premium and Other Currency Types

Pokemon UNITE has premium currency called Aeos Gems. From the looks of it, only a small amount of items are locked behind Aeos Gems. This means that you can earn most items in the game by just playing and earning the other currency types! 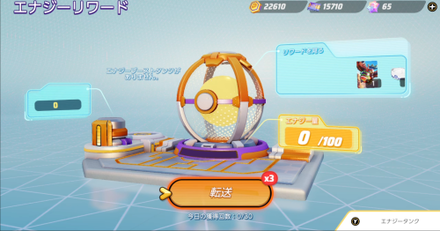 Pokemon UNITE has a free gacha system where you can earn different items such as currencies and skins by just playing daily!

To use the gacha, you will need to play matches and earn Aeos Energy.

How to Farm Aeos Energy 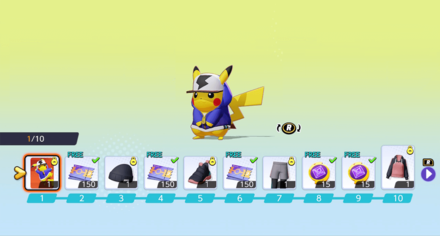 The Pokemon UNITE Battle Pass comes in two forms, paid and free. You can only buy the paid version with Aeos Gems.

You can customize your Pokemon with different skins called Holowear.

Pokemon UNITE features clothing that can be used to customize your trainer.

Your account progress will not carry over to the official release of the game.

Unfortunately there are no current news about more Beta Test plans for Pokemon UNITE until the official release.

You can check our Switch Release and Mobile Release articles to stay updated for the official release announcement!

You can check out how we were able to participate in the Japanese Beta below!

The Beta has been made available on the Japan eShop. It is downloadable similar to any other demo, so simply search for 'unite' in the eShop with your Japanese region user to locate and download the game!

As Pokemon UNITE is a free to play game, you will not need to purchase Nintendo Online for the Japanese account made to download the beta.

Register as a member and get all the information you want. (It's free!)
Login
Opinions about an article or post go here.
Opinions about an article or post
We at Game8 thank you for your support.
In order for us to make the best articles possible, share your corrections, opinions, and thoughts about "Japan Beta Features: Everything We Learned" with us!
When reporting a problem, please be as specific as possible in providing details such as what conditions the problem occurred under and what kind of effects it had.