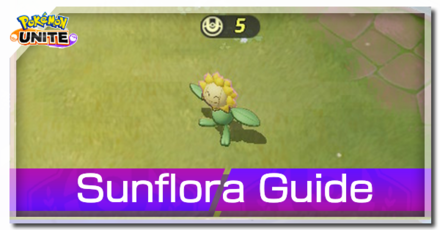 This is a guide on the Wild Pokemon Sunflora in Pokemon UNITE. Read on to know when Sunflora appears, where to find Sunflora, what rewards Sunflora gives, and more! 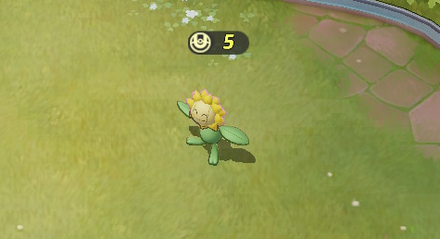 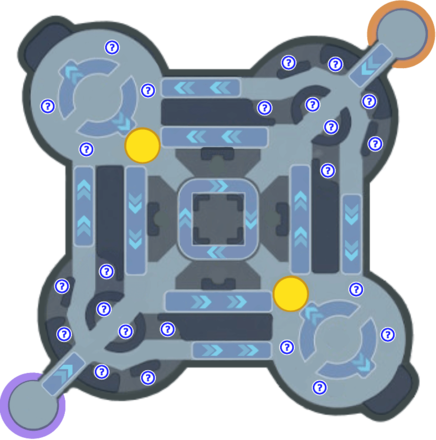 Sunflora will only appear at the last minute of Auroma Park. They will evolve from Sunkern and will now provide 5 points from Sunkern's 2.

Shares the Same Spawnpoints with Ledian

There are several spots on Auroma Park that are the spawn point of Sunflora but these are actually shared spawn points with Ledian.

Register as a member and get all the information you want. (It's free!)
Login
Opinions about an article or post go here.
Opinions about an article or post
We at Game8 thank you for your support.
In order for us to make the best articles possible, share your corrections, opinions, and thoughts about "Sunflora: Rewards and Spawn Time" with us!
When reporting a problem, please be as specific as possible in providing details such as what conditions the problem occurred under and what kind of effects it had.