★Mobile Release coming on September 22nd!
┗ How to Pre-Register and Rewards

This is a guide about the newly discovered Gengar Hex Bug in Pokemon Unite for the Nintendo Switch. Read on to know about Gengar's Hex bug and how it affects Gengar in the current Meta Game!

The Gengar Hex Bug has been confirmed to have been fixed as of August 6 12 AM PDT. Players may now resume using the Ghost Speedster in any play mode with ease!

A Bug That Makes Hex Deal No Damage

The Gengar Hex Bug is a Bug that makes Hex not deal any damage at all! This either happens if used as is or even if used together with Sludge Bomb.

Does Not Happen Every Time 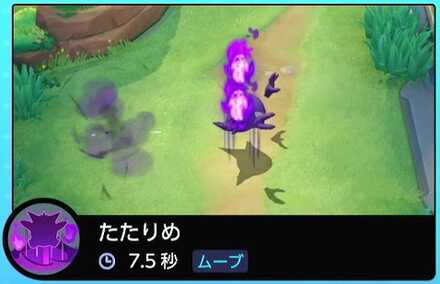 Gengar's Hex isn't a permanent bug. The move still works normally and can still deal damage but there will be times when the bug will happen. If it does, you'll be put in a disadvantageous situation in the middle of the enemy ranks without a Hex to help you fight them off. It's a game changing bug that can cause a defeat if it does happen.

How to Fix Gengar Bug

At the time of writing, there are no ways to counterplay this as a player. The only choice is to avoid picking Gengar up in patch 1.1.1.4 (or longer if the bug persists) and wait for Unite's Dev team to make a fix for this bug.

When Did Gengar's Hex Bug Appear 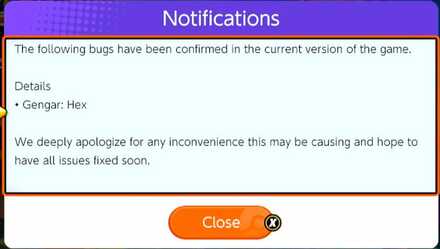 Gengar recieved some nerfs to his Hex move as its a super strong move at the current meta. After recieving the nerf, the Hex bug started happening as well which greatly tanked the ghost Pokemon's popularity.

Register as a member and get all the information you want. (It's free!)
Login
Opinions about an article or post go here.
Opinions about an article or post
We at Game8 thank you for your support.
In order for us to make the best articles possible, share your corrections, opinions, and thoughts about "Gengar Hex Bug Details" with us!
When reporting a problem, please be as specific as possible in providing details such as what conditions the problem occurred under and what kind of effects it had.