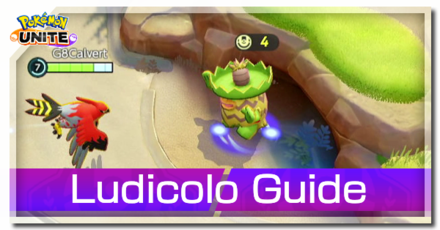 This is a guide on the Wild Pokemon Ludicolo in Pokemon UNITE. Read on to learn Ludicolo's spawn time, how and when to beat Ludicolo, what moves Ludicolo has, what buff and rewards Ludicolo gives, and more!

A new game mode called Catch 'Em Battles, allows players to catch Wild Pokemon like Ludicolo and use them in battle! 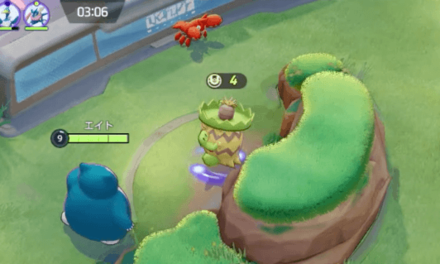 Take note that Ludicolo will spawn in the enemy's side of the map parallel to where it spawns in your team's side.

Ludicolo will respawn in exactly 60 seconds (1 minute) after it is defeated. It will always respawn wherever it was positioned when it first appeared in the map. 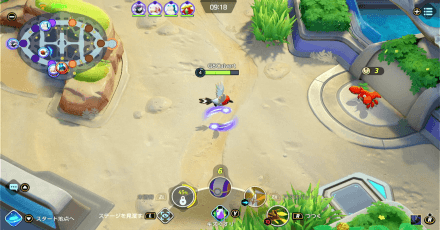 When you defeat Ludicolo, a Purple aura will be visible around your Pokemon. This indicates that Ludicolo's effect is active and will disappear when it expires.

It is important to note that the Aeos Energy gained from defeating wild Pokemon will be increased in the last 2 minutes of the match.

Is Beating Ludicolo Worth It?

Players should definitely take on Ludicolo every time it spawns, or at least when they come across it. The increased damage you get from Ludicolo's buff will help you clear out wild Pokemon faster, which in turn speeds up your leveling and gives you faster access to more powerful moves.

Focus Your Attacks on Ludicolo

Ludicolo is fairly easy to take down and doesn't require too much effort. However, it is best not to attract any other wild Pokemon near Ludicolo to avoid taking unnecessary damage. Just make sure to focus your attacks and moves on Ludicolo so you can defeat it fast!

Ludicolo should be reserved for Junglers. This way, they can use the buff to help quickly farm other wild Pokemon and gain the experience they need to level up their Pokemon. Faster clearing of the jungle will also open up more opportunities for the Jungler to either go for ganks, steal enemy jungle camps, or take down Boss Pokemon.

As Soon as it Spawns Early On

Defeating Ludicolo will give the player a buff that increases damage to wild Pokemon. This is extremely useful for defeating wild Pokemon quickly, especially for the early game where leveling up fast is important. Given Ludicolo's quick respawn time, it will be best to defeat it first to gain its effects every time you set your sights on farming other wild Pokemon. 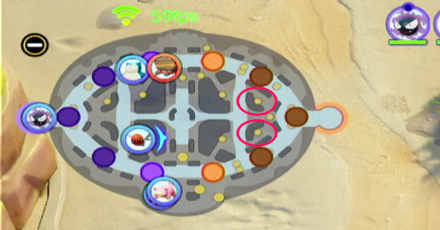 If an opportunity presents itself, you can try to go to the enemy's side of the Jungle and steal their Ludicolo. Not only will you gain experience and Aeos Energy, but you'll also deny the enemy Jungler the buff and slow their farming progress.

Look For Yellow Dots on the Mini Map

You can easily know if the enemy's Ludicolo has spawned by looking for the yellow dots in the mini map. If it is present, that means the wild Pokemon hasn't been defeated yet.

When Not to Go to Ludicolo

In the Late Game

In the late game, your stats and moves will be powerful enough to defeat wild Pokemon much faster. It is good to capture Ludicolo if it is in along your path, but you shouldn't go out of your way just to defeat it. 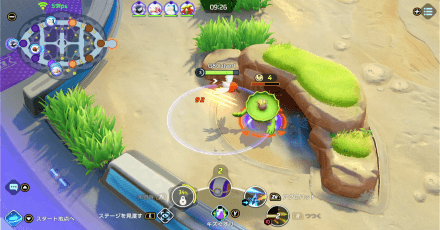 Ludicolo has melee attacks which deals not much damage. However, it could easily take out a chunk of your HP when you are fighting it in the early game. 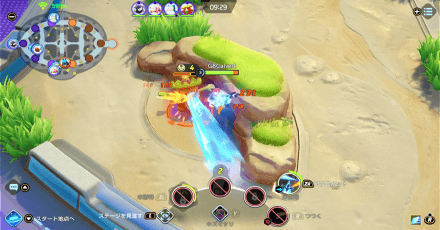 Ludicolo has a strong, water blast attack that deals moderate damage when it hits while slightly pushing you back. You can easily dodge this attack by moving away from where Ludicolo is facing when it channels the move.

In order for us to make the best articles possible, share your corrections, opinions, and thoughts about 「Ludicolo Buff and Spawn Time | Pokemon UNITE」 with us!