Fluffy Tail Effect and How to Get | Pokemon UNITE 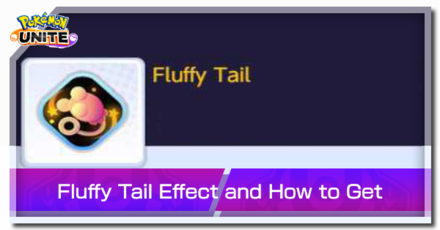 After the August 18 Patch Update, the damage multiplier now varies depending on the Pokemon using it. The damage bonus does not apply to player-controlled Pokemon.

How to Get Fluffy Tail

When to Use Fluffy Tail

The damage bonus from Fluffy Tails is helpful when fighting Boss Pokemon. It can also leave them stunned for a while, giving you a window to bombard it with damage without fear of retaliation.

As Soon as Cooldown is Finished

Fluffy Tail has a relatively short cooldown time. It's best to keep using it while taking down wild Pokemon whenever it's ready to use in order to farm efficiently.

In order for us to make the best articles possible, share your corrections, opinions, and thoughts about 「Fluffy Tail Effect and How to Get | Pokemon UNITE」 with us!