Leftovers Effect and How to Get | Pokemon UNITE

★ Check out the updated Pokemon Tier List! HOT
★ Look for friends by going to our Friend Request Board! 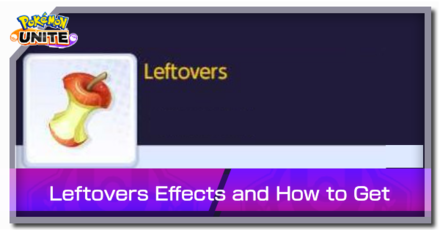 Leftovers' heal effect will activate 8 seconds following the last attack that hit or damage received and can fully heal the Pokemon if uninterrupted.

How to Get Leftovers

Leftovers is available from the start of the game. 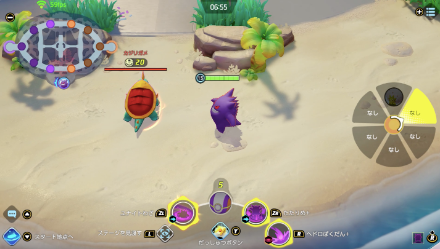 The purpose of this test was to determine how long it takes before the effect of Leftovers activates. The test was conducted by having Dreadnaw deal damage to the controlled Pokemon, then measuring the time it takes for the effect to activate.

As a result of the test, it is confirmed that it takes about 8 seconds after the last attack for the effect to activate. Even if a Pokemon is facing the item bearer, the effect will still start if the bearer is not attacked for 8 seconds. Furthermore, Pokemon can recover to the maximum HP when they stay completely away from combat. Therefore, the best tactic is to hide inside grass areas, recover to full HP, then get back to the fight.

Attacking While Effect is Active Test

The purpose of this test was to determine if attacking while the healing effect is active stops the effect. The test was conducted by attacking a target while the effect of Leftovers is active, then see if it stops.

Register as a member and get all the information you want. (It's free!)
Login
Opinions about an article or post go here.
Opinions about an article or post
We at Game8 thank you for your support.
In order for us to make the best articles possible, share your corrections, opinions, and thoughts about "Leftovers Effect and How to Get" with us!
When reporting a problem, please be as specific as possible in providing details such as what conditions the problem occurred under and what kind of effects it had.