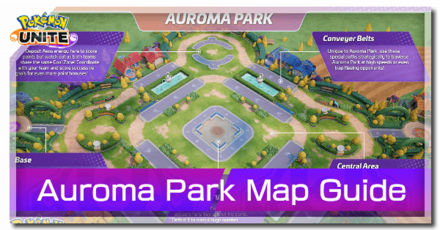 This is a guide for Auroma Park in Pokemon UNITE! Read on to learn unique map features of Auroma Park, Auroma Park rules, all wild Pokemon found in Auroma Park, and events related to this map. 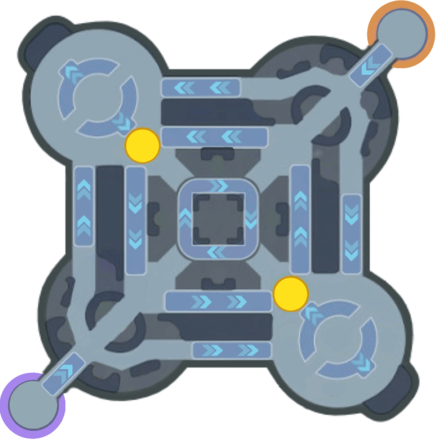 The two Goal Zones are further away from each base compared to other Quick Battle maps, but this is because of their unique properties!

Be mindful that you cannot teleport back to base on this map. Be sure to pick up one of the many Yellow Berries scattered throughout the map to keep your health up and stay in the fight!

Auroma Park is one of the available maps for the Quick Battle mode in Pokemon UNITE. Trainers will go head to head in teams of 3 players each.

Aligning with the Quick Battle mode, the total match time will only be 5 minutes.

Trainers can expect Wild Pokemon to start evolving after 4 minutes into the game.

There are 2 Goal Zones in Auroma Park. Each team will need to fight over these Goal Zones to score points. These goal zones will not get destroyed after scoring points.

If you or an ally scores a goal, the Goal Zone will turn into a x2 Goal Zone. This means that all goals scored by you and your team for the next 15 seconds on that goal will multiply the points by 2. As long as you or a teammate keeps scoring on a x2 Goal Zone, the 15-second timer will keep refreshing.

The Goal Zone x2 buff will end early if an enemy Pokemon scores a goal in that Goal Zone.

You can also heal your Pokemon by scoring a goal, regardless if it's a x2 Goal zone or not.

If a x2 Goal Zone is active, it will appear on your minimap as a countdown timer, giving you a chance to either score double the points on your own Goal Zone or stop the enemy team from scoring!

The Yellow Berries in Auroma Park will be critical to keeping your health up throughout the match.

You cannot teleport back to base and you will not regenerate HP while staying under a Goal Zone; so your only options are to either score points or get Yellow Berries.

Green Berries grant a brief boost to your movement speed, allowing you to roam the map faster. They're also conveniently placed near converyor belts, so use the berries and the conveyor belts in tandem to get to where you want to be in the blink of an eye!

Unique to Auroma Park, these conveyor belts will push your Pokemon in the direction where the arrows are facing.

After getting pushed, Pokemons will gain a buff that will increase movement speed, similar to a Green Berry, for a short duration. 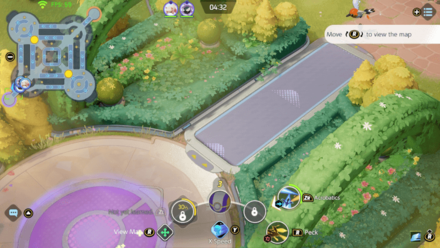 Since there is no teleport to base function on the map, Trainers will have to rely on the Yellow Berries scattered around the map to heal up.

Certain Pokemon with high mobility can go back to base, and even the enemy base! We'll talk more about this later on. 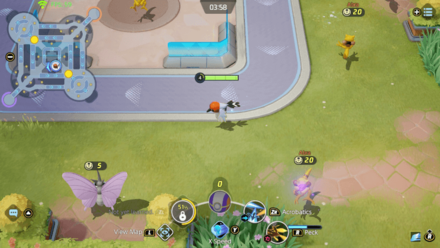 Abras spawn randomly all over the map. Trainers may often find them near the center arena and on the inner conveyor belts that go around the map. 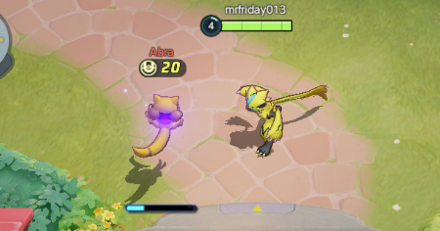 When Pokemon get close, Abra will start channeling for a short while before teleporting away to a random location on the map. Players will not be able to see where they will teleport to.

Abras cannot be stopped once they start channeling. However, they do not regenerate HP even when out of combat. Keep this in mind when trying to defeat them!

How to Beat Abra

Regigigas is a Legendary Pokemon that spawns 2 minutes into the match at the center of the map.

Regigigas can respawn throughout the game, so it's a good source of Aeos Energy for a team who wants to get ahead or make a comeback! 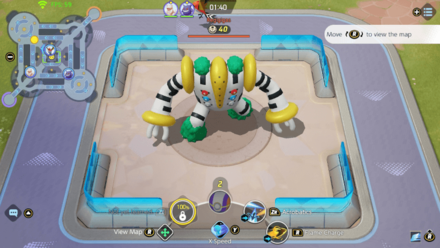 Regigigas is found at the center of the map, surrounded by a conveyor belt.

Regigigas has no special moves nor buffs of note. it can be safely be ignored throughout the match since it only provide Aeos Energy to the team that defeats it.

This event partly centers around the exploration of Auroma Park. It took us about two to three runs to complete this event since finding Abras to defeat was the biggest challenge.

Use Pokemon With High Mobility

It is possible for certain Pokemon with moves that let them travel freely like Talonflame's Fly to enter bases, including the enemy's base. It's also possible to move in the opposite direction of conveyor belts with the previously mentioned moves. 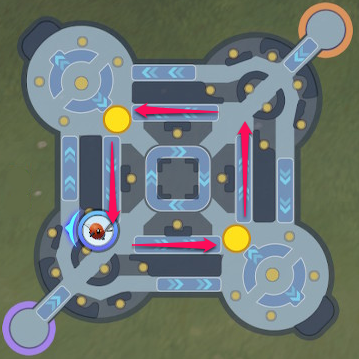 The conveyor belts found on the inner area of the map are set up in a way that can let you do quick rotations around the 2 Goal Zones on the map.

Trainers can use this by both stopping enemies from scoring in x2 Goal Zones or keep their own teams x2 Goal Zone buff going!

In order for us to make the best articles possible, share your corrections, opinions, and thoughts about 「Auroma Park Map and Rules | Pokemon UNITE」 with us!