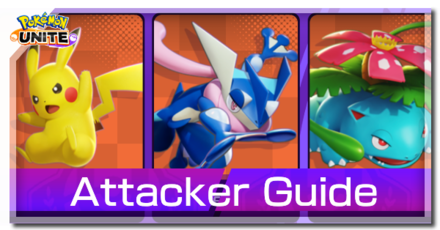 This is a guide on how to play the Attacker Role in Pokemon UNITE. Read on to learn how to play Attackers, their strengths and weaknesses, the best lanes, as well as the best Attacker Pokemon!

How to Play Attacker 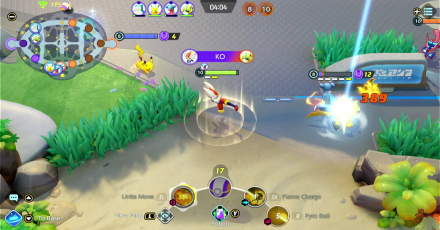 Always stay close to your teammates and avoid one on one fights as much as possible. Attackers are usually paired with a Defender or All-Rounder who will absorb the bulk of the damage while you rain down attacks from afar, complimenting each role's strengths. Since experience is shared among teammates within range, having high offense means you can take down Pokemon faster and in turn help your allies farm faster.

Maintain Your Distance from Opponents

Attackers should keep their distance from a clash - far enough to be out of harm's reach, but close enough to effectively bombard opponents with ranged attacks and moves. Since Attackers have low endurance and slow mobility, only retreat when needed or after a clash.

Stay Behind Defenders or Beside Supporters

Since Attackers have low durability and no means of healing themselves, it's best to either stay behind Defenders and let them soak damage or go beside Supporters to heal up when needed. This way, Attackers can cover their weaknesses through their allies and have more space to continuously deal damage during fights.

Staying inside a goal gives bonus shields and gradual healing. This makes Attackers harder to take down. Not only does this help defend goals, but also lets you deal massive damage and, eventually, knock down opponents who are within your attack range for too long. 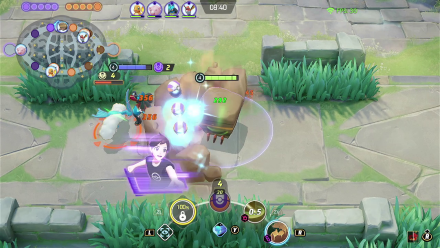 When you see your opponent fighting wild Pokemon, it is a good strategy to utilize your ranged attack to steal their points and experience by dealing the final hit. This not only gives you the experience, but also the Aeos Energy.

Watch Out for High-Mobility Pokemon

Attackers' biggest weakness are Speedster that can quickly get to their position and force them to retreat or burst them down. Always watch out for high-mobility Pokemon like Talonflame, making sure to dodge their attempts of bursting you down.

Use Eject Button or X Speed

You can use Eject Button or X Speed to quickly get away from pursuing enemies or dodge their attempts entirely.

When fighting against melee Pokemon, kite them and chip away their HP using your long-ranged attacks and moves. Once their HP is low enough or they retreat, get aggressive and finish them off.

Use the Orange Buff 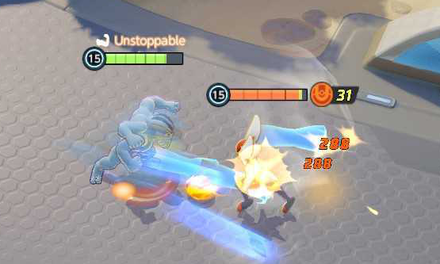 Getting the Orange Buff from Escavalier makes kiting easier for Attackers since their attacks slow a target's movement speed. This is especially true for Pokemon like Cinderace.

Note: Only take the orange buff when nobody else is taking it. Attackers may also take the purple buff if it is a caster-type attacker like Delphox, Glaceon, etc. since it provides 10% move cooldown reduction!

Attackers are not confined to only being ranged damage dealers, they can also fit the support role if it's necessary. Try to be flexible when playing Attackers, adjusting your playstyle and build based on what your team needs.

However, this is only applicable for some Attackers, Pokemon like Cinderace and Greninja are most effective if they stick to the traditional damage dealer role.

If you're new to the game and want to focus playing Attackers, prioritize acquiring damage items first since most Attacker builds have at least 2 damage items.

Top Lane attackers should put pressure on the opponent's health to open goals for scoring. It is advised to pair up with a high Endurance Pokemon to have that extra protection while you open fire at your opponents.
Top Lane Guide

Attackers like Greninja and Cinderace can take the mantle of a jungler since they benefit from the solo exp. they can get from clearing the jungle camps, gaining an early level advantage and power spike. The earlier they can reach their power spike, the better it is for their team since they can dominate the game easily.

Attackers will help ward off opponents from scoring goals while also providing offensive moves to score goals. Since the Bottom Lane has slightly more wild pokemon to defeat, attackers can help their lane partner to level up fast. 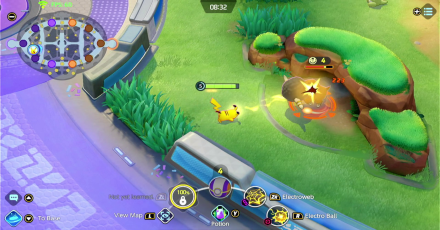 Attackers have the highest offense rating compared to other Pokemon roles in the game. They can quickly reduce the opponents' HP with their powerful basic attacks or strong moves that deal Area of Effect damage. 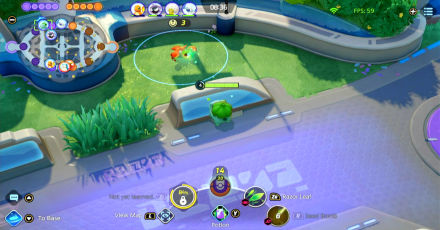 Attackers can take advantage of their ranged attacks and moves by defeating melee wild Pokemon before they can deal damage to them. They can also attack wild Pokemon behind walls, allowing them to maintain their position while farming. 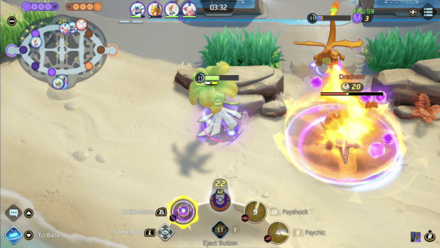 Attackers excel in dealing damage from a long range using their attacks and moves, making them quite effective against melee Pokemon.

While Attacker Pokemon are excellent at dealing damage, they're not very good at taking damage. Having low HP means they are easy to take down and are often easy targets to overpower with moves.

On top of having low endurance, Attackers have little to no means of escaping incoming enemies, which is why they always stay at the backlines. They can easily fall against more mobile Pokemon like Lucario or Talonflame. 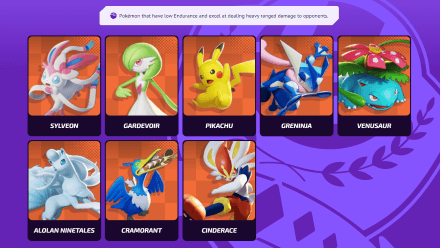 Attackers are the top contributor to the overall offense of the team. They focus on dealing massive damage from ranged attacks and moves.

Why Should You Play Attacker?

The Attacker role is for players who want to deal massive damage to opponents without worrying too much about their defensive capabilities. MOBA players who are fond of micro-managing attacks and positions for high efficiency can feel right at home with this role. Moreover, it is generally straightforward to play and easy for anyone to pick up.

In order for us to make the best articles possible, share your corrections, opinions, and thoughts about 「Attacker Guide: How to Play Attackers | Pokemon UNITE」 with us!