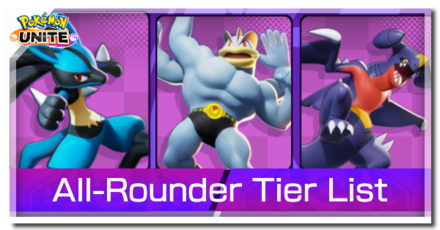 This is Game8's tier list for the best All-Rounders in Pokemon UNITE. Read on to know each All-Rounder's strengths, weaknesses, and how they measure up against each other in the current meta!

In order for us to make the best articles possible, share your corrections, opinions, and thoughts about 「All-Rounder Tier List: Best All-Rounders | Pokemon UNITE」 with us!