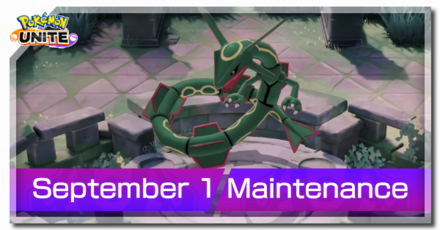 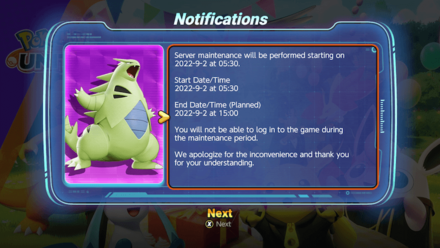 The times above are in UTC+08.

The in-app notification announced that there will be a server maintenance on September 1, 2022. It will be a 9 and a half hour long maintenance, and players will not be able to log in to the game during this period.

This maintenance is in preparation for Phase 2 of Pokemon UNITE's anniversary celebration, together with Mew's release!

The chart below shows what time the maintance will end in a variety of regions:

The chart below shows what time the maintance will start in a variety of regions: 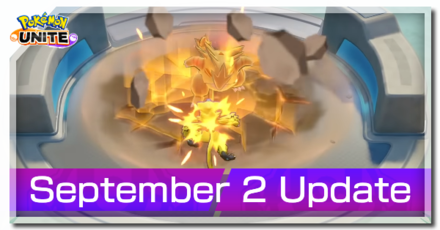 A new Balance Patch that adjusted several Pokemon across the roster was also slated to be released after the maintenance.

For further details, check out: 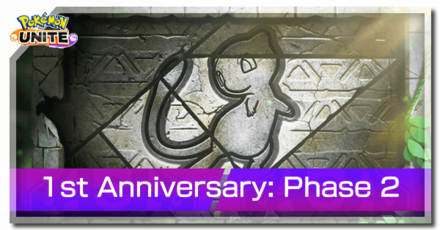 The scheduled maintenance coincides with the second phase of the 1st Anniversary of Pokemon UNITE! Lots of things happening so stick around! 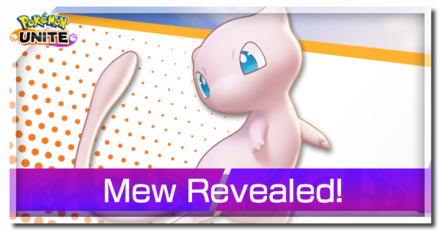 Mew will start to be obtainable via an event after the maintenance on September 2, 2022!

Get Mew for FREE in Mew's Mural Challenge 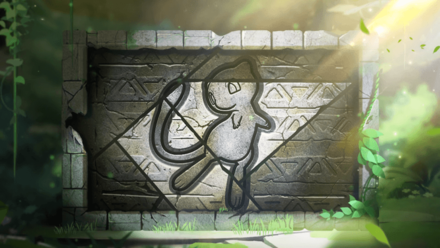 Mew is obtainable as an event reward in Mew's Mural Challenge which will start on September 2, 2022 and end on October 12, 2022! Get the Attacker's UNITE License completely free! 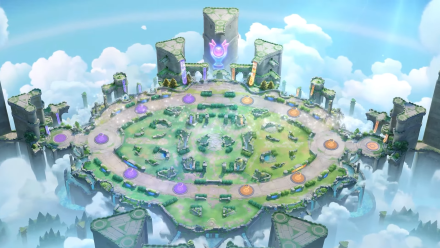 Not only will this new map feature new wild Pokemon, a very dense Central Area, and the new Boss Pokemon Rayquaza, it will also be the new default map for Standard and Ranked Battles! 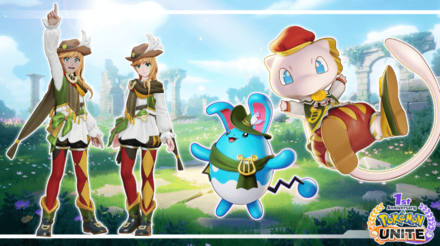 A new Battle Pass season is slated to start after the maintenance as well! Get new Holowears for Mew and Azumarill - amply themed for the release of Theia Sky Ruins!

On that note, don't forget to claim all the things you want in Battle Pass Season 9! 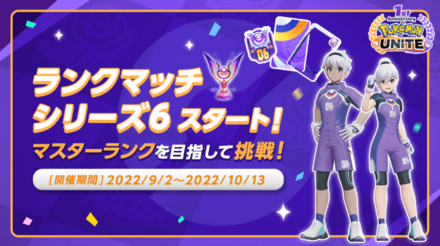 Ranked Season 6 will also start alongside the new Battle Pass season! Get the new Trainer Skin and exclusive snapshot elements as you climb up the Ranked Ladder!

In order for us to make the best articles possible, share your corrections, opinions, and thoughts about 「September 1 Maintenance Start and End Time | Pokemon UNITE」 with us!