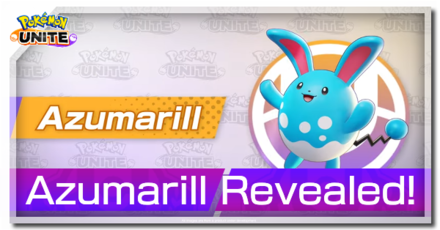 Azumarill joins the Pokemon UNITE roster on April 7 (PDT) for the Nintendo Switch, Android, and iOS. Read on to learn Azumarill's release details!

Azumarill was released on April 7 at 5:00 PM PDT / April 8, 2022 at 12:00AM UTC, as all other Pokemon before it like Duraludon, Hoopa, and Aegislash. The table below shows the times that Azumarill might be released. 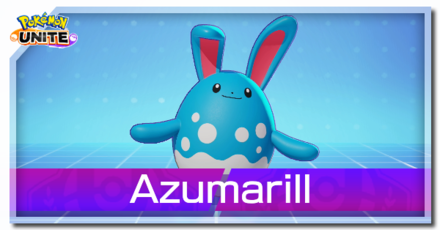 The new All-Rounder Azumarill stands tall in Aeos Island! You can check out the best builds and Moves in the link below!

Since Azumarill is an All-Rounder, it has a well-balanced stats, a good mix of offense and defense.

Azumarill's Moves in the Spotlight 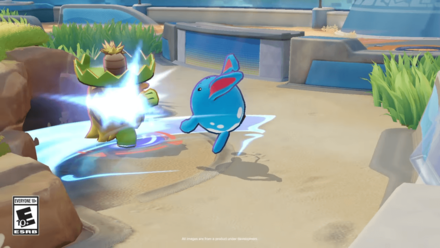 The first move shown in the character spotlight has Azumarill releasing 3 waves of water at its target with its tail. This is cofnirmed to be the Aqua Tail move from the Pokemon games. 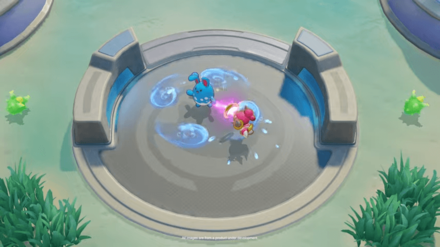 The second move shows 4 spinning water blades that revolves around Azumarill, dealing damage to enemies that it hits. This is confirmed to be the Whirlpool move. 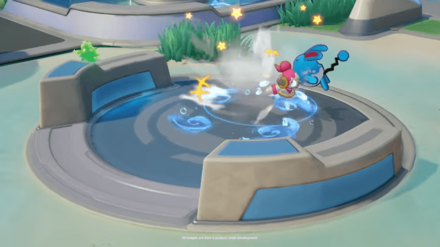 The third move shows Azumarill rushing towards a target, then quickly attacking it multiple times. This move is confirmed to be the Play Rough move in the Pokemon games. 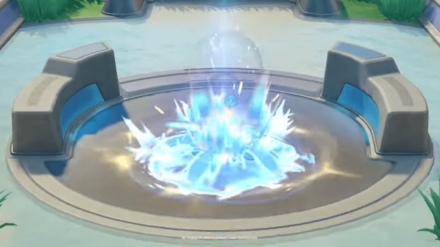 Its Unite Move shows Azumarill dashing towards a target and dealing damage. According to the official JP twitter, the Unite Move is called あわだいこダッシュ which roughly translates to Awadaiko Dash.

The word Wadaiko refers to a large Japanese drum and since Azumarull uses its belly to dash towards the enemy, it is confirmed to be called Belly Bash!

In order for us to make the best articles possible, share your corrections, opinions, and thoughts about 「Azumarill Revealed! Release Date and Moves | Pokemon UNITE」 with us!