Focus Band Effect and How to Get | Pokemon UNITE 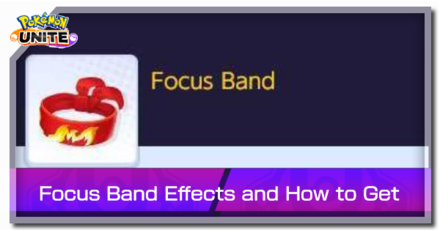 Focus Band is a Held Item found in Pokemon UNITE for the Nintendo Switch and Mobile. Read on to learn more about the Focus Band's stats and effects, how to get Focus Band, and which Pokemon are best for Focus Band!

Effect Triggers when HP Falls Below 25%

The Focus Band triggers when a Pokemon is about 25% HP or below . Furthermore, getting attacked while the effect is activated does not remove or stop the healing.

After the effect has triggered, it will take around 80 seconds for it to activate again.

How to Get Focus Band

Generally, Focus Band is best used by Pokemon who likes to dive into the middle of a fight, or who can act as a frontliner for the team like Defenders and All-Rounders. Since the heal is based on a percentage of the HP lost, Pokemon with a large max HP can benefit from Focus Band the most.

All Builds for Focus Band

The purpose of this test was to determine how low must a Pokemon's HP get to trigger the Focus Band heal effect. The HP threshold test was conducted by using the dummy in Practice Area to display the current HP of the Pokemon, then getting hit by Rotom until the heal effect from Focus Band is activated.

Activates at Around 25% of Pokemon's Max HP

When Charizard's HP reached 1596, which is around 25% of it's max HP, Focus Band automatically activates. In a real match where stats cannot be viewed, players can manage their HP by dividing the health bar into 4 (estimated) sections, making it 25% each section. When the health bar drops lower than half, this should be an indicator that the heal effect is near activation. At this point, players should start to be extra cautious when starting or joining fights.

Effect Does not Stop when Hit

The test also confirms that getting attacked while the Focus Band heal effect is activated does not remove or stop it. With this info, Focus Band provides decent sustain and survivability during fights. 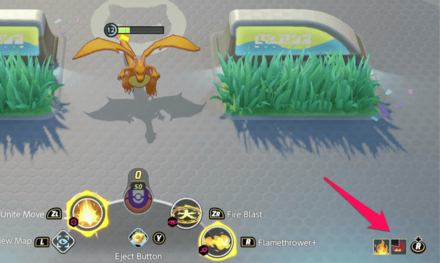 As a result of the test, it is confirmed that the cooldown time is about 80 seconds. Consequently, the Focus Band heal effect can only be triggered a maximum of 7 times per battle. This is due to the fact that a match only lasts for 10 minutes, and considering that players tend to spend the first 1 to 2 minutes just defeating Wild Pokemon to level up and get points.

In order for us to make the best articles possible, share your corrections, opinions, and thoughts about 「Focus Band Effect and How to Get | Pokemon UNITE」 with us!