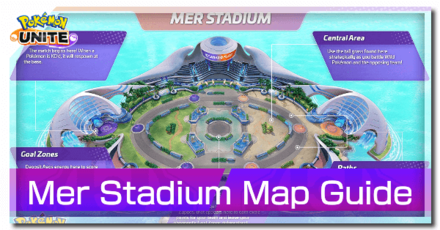 This is a guide for Mer Stadium in Pokemon UNITE! Read on to learn unique map features of Mer Stadium, Mer Stadium rules, all Wild Pokemon found in Mer Stadium, and events related to this map. 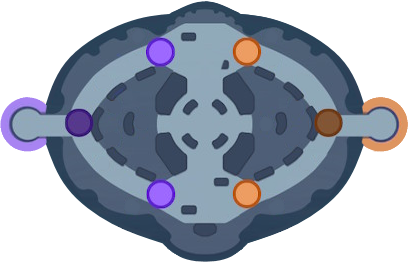 Aligning with the Quck Match type, Mer Stadium's match length is only 5 minutes. Players can expect Wild Pokemon to start evolving when there's only 1 minute left.

Mer Stadium has a total of 3 Goal Zones per team. There are 2 Outer Goal Zones (marked as A on the image above) and 1 Base Goal Zone (marked as B).

Base Goal Zones are located right outside the respawn area and cannot be destroyed.

When there is only 1 minute left in the game, any points scored in a Goal Zone will be doubled.

Take this opportunity to steal the game by waiting and stacking points before the 1 minute mark!

Mer Stadium will have Berries scattered around that can give buffs or heal Pokemon that pick them up. 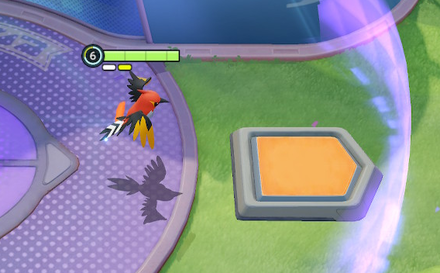 Mer Stadium has a Super Jump pad that spawns at 2:30.

Trainers can use this to travel to key positions on the map to get back into the fight. 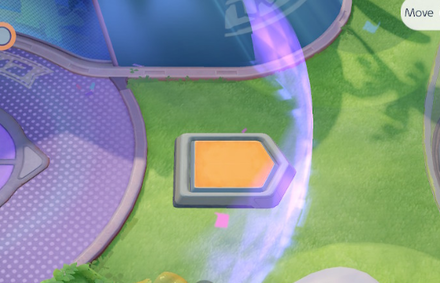 The base will constantly heal your HP until you're back to full. Respawning will let your Pokemon be invulnerable for a short time.

Aside from the extra Aeos Energy from defeating Zapdos, the remaining enemy Goal Zones on the minimap will have a timer placed on them. This indicates that you can instantly score without the need to charge.

When you defeat Ludicolo, an aura will be visible around your Pokemon.

This aura indicates that you will do increased damage to Wild Pokemon with low HP.

When you defeat Bouffalant, an aura will be visible around your Pokemon.

This buff indicates that any basic attack will reduce enemy movement speed.

A new addition to Mer Stadium, Audino now spawn in when a goal zone is destroyed!

This event just centers around playing Mer Stadium. Remember that assists counts towards the goal of knocking out opposing Pokemon!

Even though you find the same Wild Pokemon here compared to Remoat Stadium; they will, however, have different spawn timers.

Get familiar with them! This mode only last for 5 minutes, so every minute counts!

Save Points Right Before the 1 Minute Mark

Goal Zones will receive a x2 buff when there is only 1 minute left in the game. This buff will double the number of points scored.

We have been in multiple situations where the x2 effect of scoring in a Goal Zone helped us steal wins from right under the enemy.

Take advantage of the value gained in holding your stack of 50 points at around the match time of 1:30 left and then waiting for just 30 seconds to double that amount!

In order for us to make the best articles possible, share your corrections, opinions, and thoughts about 「Mer Stadium Map and Rules | Pokemon UNITE」 with us!