★ Buzzwole's Best Build and Guide is out!
★ Version 1.6.1.4 fixes are live!
★ All Builds now include Emblem suggestions!
★ More Pokemon arriving in August: Tyranitar 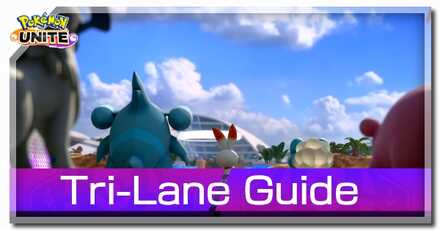 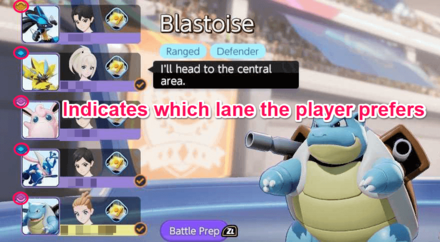 The standard setup for a game is to have 2 members in each lane and a solo player in the Jungle. Make sure to communicate with allies if your team is going for a tri-lane setup to avoid having your ally pick a Pokemon that cannot solo a lane. You can do this by calling out a lane using the Battle Prep option during the Pokemon Select screen.

Play With A Premade Team

Instead of relying on randoms to adjust to your strategy, it is better to create a premade team with your friends or squad that knows how to play a Tri-Lane game.

Top Lane Should Focus on Surviving and Getting EXP

Since Top Lane is playing solo, its goal is to get as much EXP as it can while playing top side. Defending your Goalpost is recommended but not a necessity as you'll be up against 2 players which can make defending tough. Another reason to not force yourself to defend top lane is the fact that more Pokemon will be available at your top side of the map which in turn, will allow you to scale better into the mid to late game. 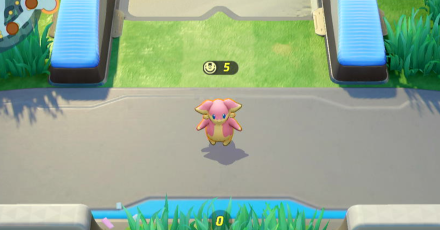 Bot Lane have more EXP than Top Lane which makes the Tri-Lane viable. However, if you want to truly abuse this lane setup, you'll want to play really aggressively and not just take Wild Pokemons on your map's side but also deny your enemies theirs. With this method, you'll have 4 people gaining high EXP on your team while only 3 of your enemy team will be able to scale properly since two players will have little to no EXP gain after getting harassed and dived by 3 members on your team.

Due to the EXP starvation your lane has caused to the enemy Bot Lane, securing Drednaw becomes way much easier. Make sure to take Drednaw not only to continue your team's snowball but to also give back the EXP your solo Top Laner lost while playing solo against 2 players. Securing both Drednaws will set your team ahead and is the win condition for a Tri-Lane setup.

Pros and Cons of a Tri-Lane 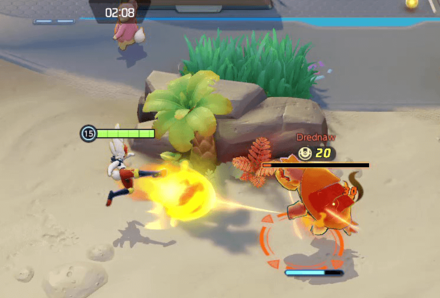 By having dominance in the bot lane, it becomes easier to secure Drednaw. Much more if you can destroy the enemy bot lane's Goal Zone right before Drednaw spawns to deny the enemy their berries and shields. 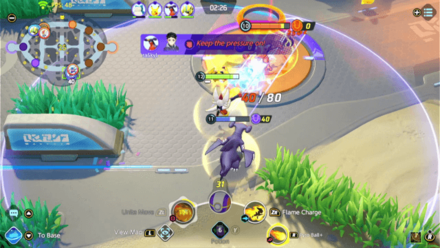 With three early game Pokemon on the bottom lane, shutting down the enemy bot laner becomes incredibly easy. If executed proplerly, this leaves the game to a 3v5 since 2 members of the enemy team will need to catch up in EXP or they won't be able to contribute at all in fights later on.

Playing solo will prove to be difficult as you will most likely be playing against 2 players from the enemy team. As a solo Top Laner, priority should be securing as much EXP as possible without letting the enemy snowball too much. It is important to maintain the first Top goal zone as much as you can while you wait for the jungler to rotate to the lane. 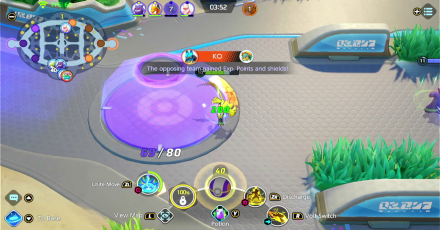 With this setup, your Top Lane will be starved for EXP due to enemy number advantage while three members are monopolizing on a single lane's worth of EXP. Without Drednaw and pressure, your team's levels will likely fall off with little to no chance of come back.

In the top Lane, instead of the usual Defender + Attacker comp, you'll want to put a Pokemon that can handle itself in lane as well as that Pokemon still being relevant even with not much EXP funneled to it. A Perfect choice would be an All-Rounder Pokemon due to its sturdy nature and robust moveset that can both be used for offense and defense.

For the team's Jungler, pick a Pokemon that will benefit the most when it reaches higher levels. Thanks to an early lead in EXP, these Pokemon will have great ganking potential when transitioning to a lane.

The bottom lane consists of a combination of damage-dealing Pokemon and Support Pokemon that can provide either disables or buffs.

For damage output, we'll want to have an attacker that can contribute damage early on to avoid lacking damage in the late game while also being able to apply pressure to the lane for the whole duration of the fight.

In addition to a single attacker, we'll also want to have 2 supports that will playaggressively to deny enemies EXP and even net kills. Both Supports should also focus on funneling defensive buffs such as shields and heals to the attacker during teamfights to monopolize on the EXP advantage your attacker gains. 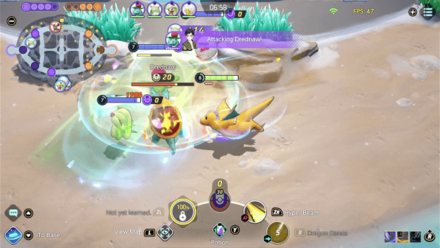 Want to know which combination of Pokemon is best for a Tri-Lane composition? Check out our guide below to get started!

In order for us to make the best articles possible, share your corrections, opinions, and thoughts about 「Tri-Lane Guide : How to Play Tri-Lane | Pokemon UNITE」 with us!