Scope Lens Effect and How to Get | Pokemon UNITE

★ Decidueye has arrived! NEW
★ Check out our Pokemon Tier List for its placement! 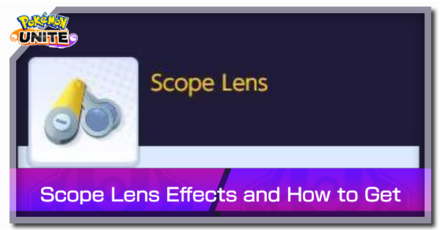 As a result of examining what happens to the amount of damage when combined with the Muscle Band that also increases damage, it was found that the damage changes depending on the order in which the Scope Lens and Muscle Band are placed.

Given this information, it is possible to deal the most damage when you hold the Scope Lens first (Slot No.1).

How to Get Scope Lens 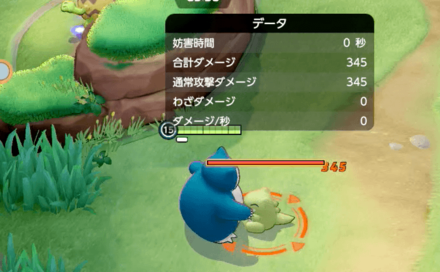 The purpose of the test was to verify if the Critical-Hit-Rate of a Level 30 Scope Lens is really 6%.The test was conducted in the Practice Area by ordering the Pokemon to attack the dummy 300 times, both with and without Scope Lens (Level 30) equipped, until a critical-hit is made. Afterwards, the Critical-Hit-Rate is computed by dividing the number of attempts made until a critical-hit occured by 300.

As a result of the test, it is confirmed that the Critical-Hit-Rate of a Level 30 Scope Lens is indeed 6%.

The purpose of this test was to determine the Critical-Hit-Damage.The test was conducted in the Practice Area by comparing the normal damage dealt with the critical-damage dealt on the dummy, then computing for the increase in damage.

As a result of the test, it is confirmed that the damage multiplier is about 2.87 times the normal damage. It also turned out that only normal attacks can cause critical-hits.

The purpose of this test was to determine if the slot order of Scope Lens and Muscle Band have any effect on the items.The test was conducted by comparing the damage when Muslce Band is placed before Scope Lens and vice-versa.

Register as a member and get all the information you want. (It's free!)
Login
Opinions about an article or post go here.
Opinions about an article or post
We at Game8 thank you for your support.
In order for us to make the best articles possible, share your corrections, opinions, and thoughts about "Scope Lens Effect and How to Get" with us!
When reporting a problem, please be as specific as possible in providing details such as what conditions the problem occurred under and what kind of effects it had.