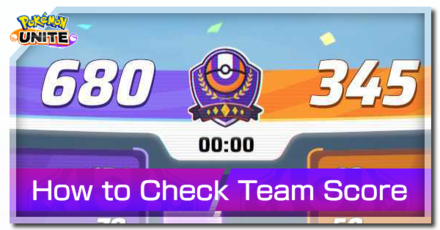 Currently, players can't see how many points their team has scored during the match. This guide shows different ways players can get an idea of their team score while playing. Find out how to effectively track how well your team is doing to win more games!

Team Score is Only Seen After the Match 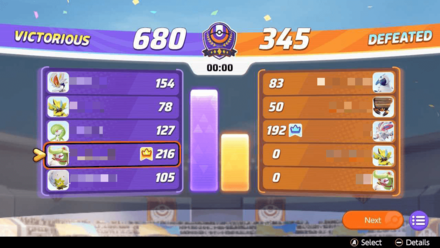 The team score cannot be viewed during a battle. It is only displayed at the end of the match. Players can see the breakdown of the team score at the results screen. 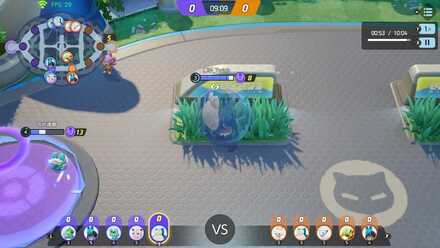 When using Spectator Mode, you can see the total scores of each team in real time at the top part of the screen. 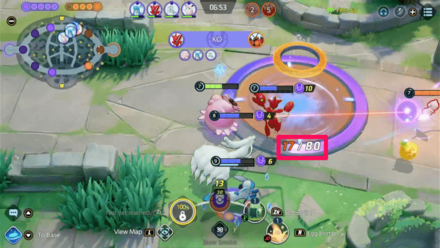 Goal Zones can give an estimation of how many points a team has scored so far. Players can see how many remaining points are needed to capture a Goal Zone under each Goal Zone. Additionally, players can score more than the required points to capture the goal, and the excess points are still counted towards the team score.

Players can see an indicator of how many points a teammate or opponent made upon scoring a goal.

Goal Zones require 80 - 100 (based on location) points to be captured.

Check Goal Zones on Your Minimap 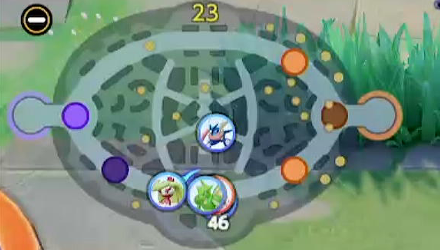 Players can always refer to the minimap to see how many goal zones are left, giving them an estimation of the team score. As a rule of thumb, the team that has more goal zones left have the score lead. However, this is not always the case since you can score an infinite amount of points in the base goal zones.

A Message Shows Up Telling How the Team is Doing 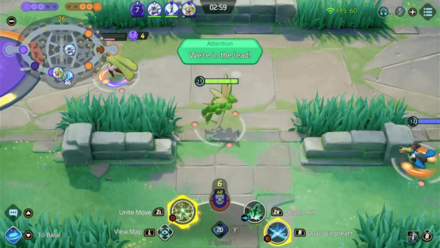 At the start of the 5 minute mark, and every minute afterward, teams receive messages or notifications about how well they are doing. These messages can tell the team if they are leading or falling behind.

How to Collect Points

The simplest way to collect points to score is by defeating wild Pokemon. The Pokemon that landed the killing blow on the wild Pokemon will be the one who receives the points, be sure that there are no enemy Pokemon nearby that might steal the wild Pokemon.

Points are Displayed Above the Wild Pokemon 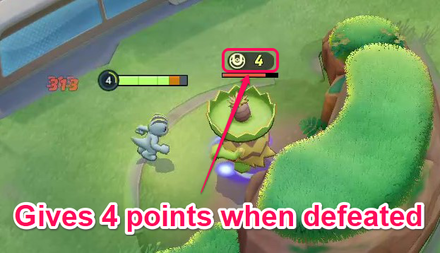 The amount of points a wild Pokemon gives is displayed above it. As the game progresses, some wild Pokemon will evolve which increases the points they give.

Another way to collect points is by defeating enemy Pokemon. When a Pokemon is defeated, it drops Pokeballs which can be picked up by other Pokemon. The amount of points a single Pokeball gives depends on its size.

Points are Displayed Beside the Health Bar 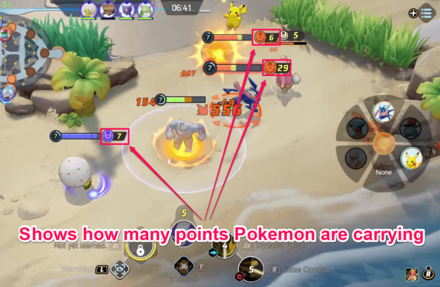 The amount of points Pokemon are currently carrying is displayed just beside their HP bar. The points are reduced to 0 when a Pokemon is defeated, so be sure not to get killed if you have high points.

Points are Also Displayed in the Minimap 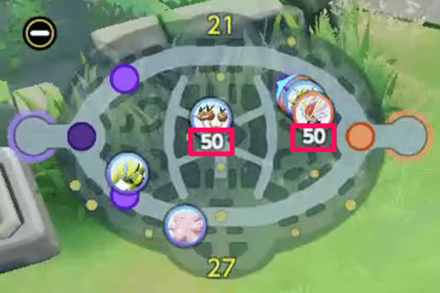 The amount of points a Pokemon is carrying is also displayed in the minimap. However, only 40 and above points are shown. 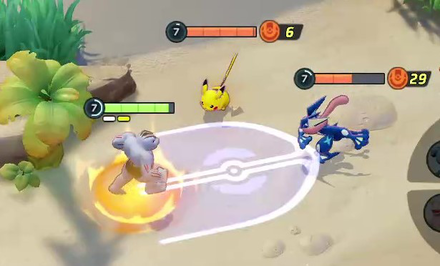 Keeping tabs on both teams' scores helps determine how close you are to winning or losing. For instance, if you're seven (7) minutes into a match and all your goal zones are captured while the enemies' goal zones remain untouched, that tells a lot about your team's odds of winning. It helps make decisions such as continuing with the match or surrendering much easier to make.

The playstyle of you and your teammates can vary greatly depending on how far ahead or behind you are in terms of score. If your team is in the lead you might consider preserving your lead by playing defensively and preventing your enemies from scoring. If your team is behind you might want to assign a few teammates to defend the goals while the others contest objectives such as Goal Zones or Zapdos or Rayquaza. In summary, estimating your team's score can help you determine what course of action your team should take to achieve victory.

In order for us to make the best articles possible, share your corrections, opinions, and thoughts about 「How to Check Team Score | Pokemon UNITE」 with us!