Rocky Helmet Effect and How to Get | Pokemon UNITE 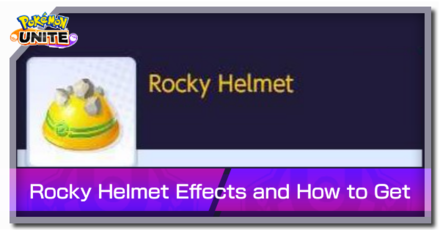 Rocky Helmet is a Held Item found in Pokemon UNITE for the Nintendo Switch and Mobile. Read on to learn more about the Rocky Helmet's stats and effects, how to get Rocky Helmet, and which Pokemon are best for Rocky Helmet!

Activates When Dealt 10% of Max HP 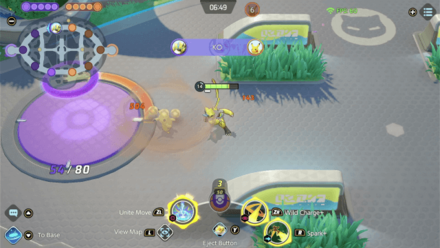 Rocky Helmet's effect activates every time your Pokemon is dealt 10% of its maximum HP. It will still activate if the damage goes beyond 10%, but the damage dealt back to the opponent does not scale up.

Can Still Trigger on Last Hit

Rocky Helmet's effect can still trigger when you deal the final hit on the opponent. Additionally, you can still get knockdown if your HP is low enough when an opponent has Rocky Helmet equipped!

Rocky Helmet has a cooldown of 2 to 3 seconds per activation. Though the cooldown is relatively short, it is still best not to engage opponents just to get the triggers as you may just get knocked down.

Does Not Trigger With Self-Inflicted Damage

Rocky Helmet does not trigger when the damage you receive is self-inflicted damage or recoil damage like in Wood Hammer or Brave Bird.

How to Get Rocky Helmet

All Builds for Rocky Helmet

The purpose of this test is to determine how much damage a Pokemon must deal to activate Rocky Helmet's effect. We used the Practice Area and equipped the enemy Cinderace with a Rocky Helmet. We noted how much damage by gradually increasing Zeraora's level, which increases its attack damage.

Activates when Dealt 10% of Max HP

During testing, it was confirmed that Rocky Helmet activates when Cinderace was dealt 439 damage with 4162 HP , but failed to when HP was increased to 4488. From here, it can be said that the damage the description is referring to is around 10% of the Pokemon's max HP.

The purpose of this test was to determine if Rocky Helmet has a cooldown, and how long it is. The test was conducted by continuously attacking the AI-controlled Pokemon equipped with Rocky Helmet until it dies, assuring that the damage dealt satisfies the effect conditions, and noting the time that the effect occurred.

As a result of the test, it seems that the effect of Rocky Helmet has a cooldown of 2 to 3 seconds cooldown.

In order for us to make the best articles possible, share your corrections, opinions, and thoughts about 「Rocky Helmet Effect and How to Get | Pokemon UNITE」 with us!