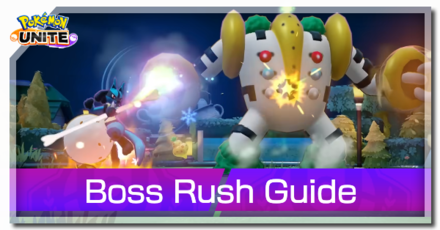 Boss Rush is a new quick battle mode added to Pokemon UNITE on July 21, 2022! This mode features a new map where 5 players team up to defeat boss Pokemon in the fastest time! Read on to learn about Boss Rush's event dates and time, the mechanics, and the list of rewards! 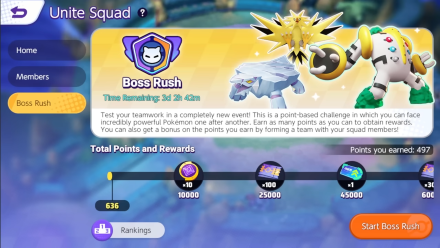 The new Boss Rush game mode released on July 21, 2022. It will run for three periods from July to August so plan ahead with your squads!

How to Start Boss Rush 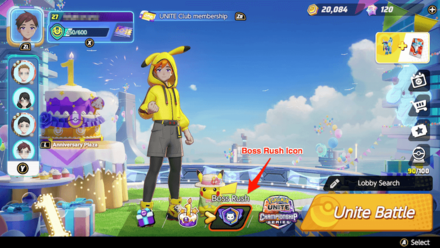 You can access Boss Rush by hitting on the Boss Rush icon beside UNITE Battle.

Boss Rush is a new Quick Battle format that will be the first PvE (Player vs Environment) game mode in Pokemon UNITE. 5 players will team up to fight powerful Boss Pokemon and try to take all of them down within 5 minutes!

You earn points by defeating powerful bosses in this new game mode. Points earned will be added to the points pool of your current UNITE Squad so play with your mates to maximize rewards! 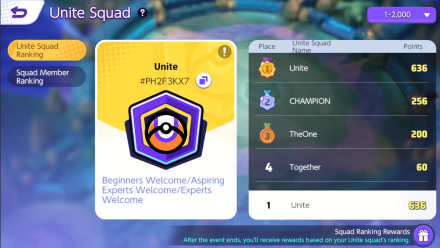 Boss Rush makes use of the UNITE Squad Feature and employ a Rankings system that will display the Pokemon UNITE Squad with most points.

UNITE Squads: How to Create and Join Squads

More Points if You Play with Your Squadmates!

Playing with your squadmates gives you additional points based on how many members of your UNITE Squad are in your party!

Note that the members should be part of your UNITE Squad - not just friends, for the game to count the bonus.

Exclusive Rewards After the Event

After the event ends, UNITE Squads will earn exclusive rewards based on their ranking in the Boss Rush
leaderboard. Grind hard with your squad and prove the power of friendship!

You may check the ranking of your squad by going to the Boss Guide menu and hitting Rankings.

Boss Rush is composed of 3 stages, with each stage having different bosses. You are tasked to defeat three boss Pokemon within 5 minutes in the shortest time possible.

Random Bosses and One Final Boss

Boss Rush will have three stages: the first two stages have random bosses, and the final one will only be Regigigas. 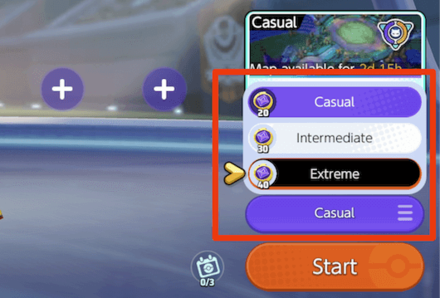 You may also choose between three difficulty modes, Casual, Intermediate, and Extreme each with their own unique modifier to make the fight harder! 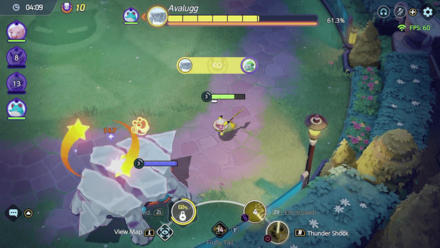 Boss Pokemon are considered wild Pokemon so Fluffy Tail would work on them. Use this to deal increased damage in this game mode.

Fluffy Tail Effect and How to Get

Take Berries from the Side! 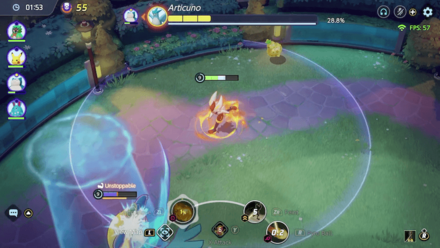 Sitrus Berries will periodically spawn during the entire fight. Use it whenever you're low on health.

Have a Healer in Your Team

Healers are extremely important in this game mode. Boss Pokemon deal huge damage so a constant stream of healing would be really helpful.

Fill Up the Stun Meter to Stun the Boss Pokemon! 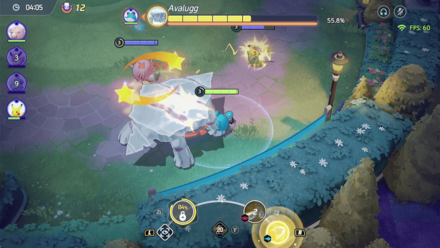 There is a special stun meter found below the Pokemon's HP that you need to fill up by attacking. Once filled up, the Boss Pokemon will be stunned for a short while and leaves it open for attacks!

Crowd Control Moves Does Not Work

Crowd Control from moves would not work on Boss Pokemon, as it always has even in the usual UNITE battle format.

Take Note of the Move Announcements 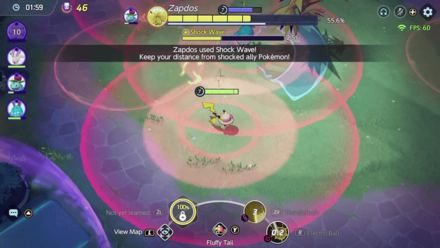 Upcoming Boss moves will be announced via a text below the Boss Pokemon health bar. Take note of the move to know how to respond!

Be Mindful of the Move Area of Effect Indicators 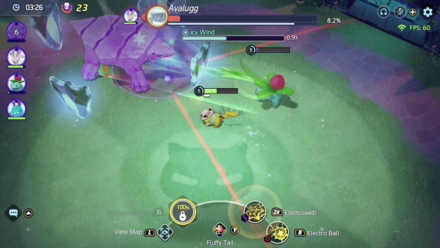 Some moves also have area of effect indicators, showing you which areas to avoid. Take note of this and evade them accordingly.

Pokemon with long ranged moves or long attack range are great against the bosses in Boss Rush. Pokemon like Greninja and Cinderace can attack relatively safely from a distance and chip away the bosses' HP. Also, Sp. Atk type Pokemon like Pikachu and Delphox can bombard the bosses with their low-cooldown, burst damage moves from a distance.

Brawler type Pokemon like Garchomp and Tsareena are also great picks for Boss Rush. They can pummel boss Pokemon with their attacks and/or combos while also tanking a bit of damage for the team.

Azumarill needs a special mention here as its unique passive Huge Power deals critical damage when facing one enemy. This is especially useful in this mode since you'll be facing one enemy Pokemon most of the time!

Mobile Pokemon with high physical burst damage output like Absol and Zeraora can also do great in Boss Rush. Their moveset allows them to quickly manuveur around the area to dodge bosses' moves while also dealing high burst damage.

Strong supports like Blissey and Hoopa, although they don't do much damage, can provide the team with healing, shielding, and buffs. Their constant support can prevent their allies from dying and having to go back to the base, wasting time as a result.

These are the rewards you will get for the total points you have earned individually as a player.

Ranking at a certain bracket in the Boss Squad Leaderboard will reward your squad with unique goodies based on your placement.

In order for us to make the best articles possible, share your corrections, opinions, and thoughts about 「Boss Rush Guide: Mechanics and Event Dates | Pokemon UNITE」 with us!