Assault Vest Effect and How to Get | Pokemon UNITE 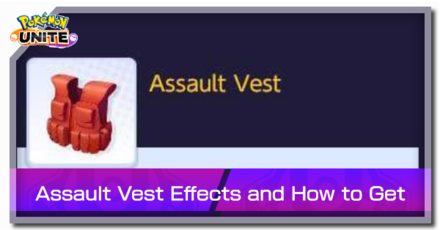 Assault Vest is a Held Item found in Pokemon UNITE for the Nintendo Switch and Mobile. Read on to learn more about the Assault Vest's stats and effects, how to get Assault Vest, and which Pokemon are best for Assault Vest!

Activates in 6 Seconds After Combat 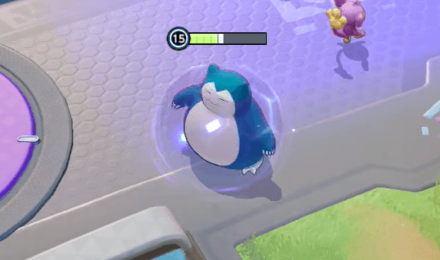 Assault Vest's bonus shield effect will activate around 6 seconds after leaving combat. Also, when the shield is activated, it will not wear off until it is broken by an opponent's special attack.

Shield Only Works for Special Attacks 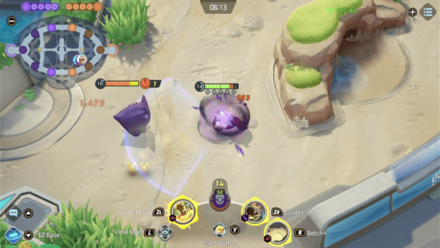 Note that the bonus shield can only prevent the damage from an opponent's Special Attack. It does not prevent you from taking damage from any Standard Attack.

Want to know the difference between Standard Attacks and Special Attacks? Check out our guide!

Does Not Recover in Base

Even if you return to base, the bonus shield will not recover the damage it sustained. So, if you want to return the shield to its maximum strength again, you have to let your opponent's Special Attack destroy it, then get out from combat and reactivate Assualt Vest.

Stacks with Shields from Other Sources 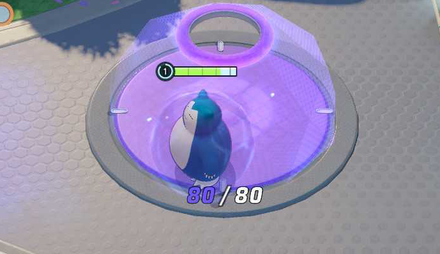 The shield from Assault Vest can stack on top of shields from moves like Cotton Guard, and other held items like Score Shield. It even works with the shield you get from your own goal zones. This means that you can double or even triple your shield, making you incredibly hard to take down.

How to Get Assault Vest

All Builds for Assault Vest

Out of Combat Test

Since Assault Vest's effect activates after combat, we conducted a mock battle to confirm how many seconds the shield will come out from the moment you defeat the opponent.

Looking at the test above, the shields reactivate around 6 seconds after Shadow Ball's effect fully disappeared.

As a result of the tests, although hard to see in the images, it is confirmed that the Sp. Atk. Shield from Assault Vest stacks with other sources of shields. With this in mind, it is possible to be shielded from various sources of damage, which is useful for Pokemon who like to dive into fights.

In order for us to make the best articles possible, share your corrections, opinions, and thoughts about 「Assault Vest Effect and How to Get | Pokemon UNITE」 with us!