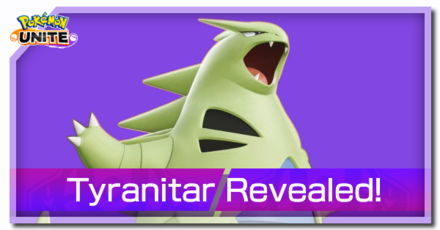 Tyranitar has joined the Pokemon UNITE roster on August 15, 2022 (PDT) for the Nintendo Switch, Android, and iOS! Read on to learn the release date and time, its evolutions, stats, and some basic information!

When did Tyranitar Arrive in Pokemon UNITE?

Like Buzzwole before it, Tyranitar will have the same release time. The table below shows the date and times of different regions when Tyranitar released: 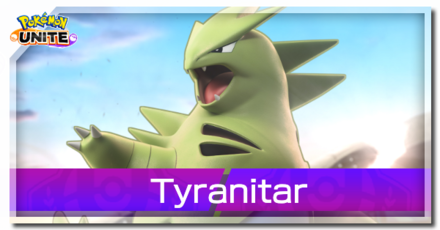 The armored Pokemon joined the Pokemon Unite roster on August 15 PDT! Be sure to check out our guide below for Tyranitar's best builds and items once it releases!

Tyranitar's character spotlight was released on August 14th, just one day before its release date. 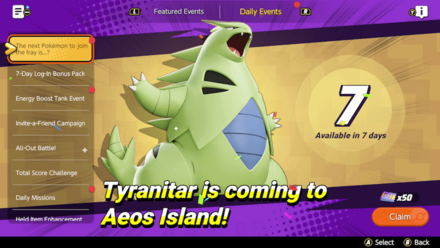 A new event that counts down the days until Tyranitar's release has been added as of August 8, 2022 PDT! What's more, you can get 50 Aeos Tickets absolutely free!

In a recent tweet and spotlight for Tyranitar, it is now confirmed to be an All-Rounder!

Likely Has an Attack Stat

Looking at other Pokemon games in the series, Tyranitar has a high Attack stat, which likely means that the Pokemon will have the same stat for UNITE! 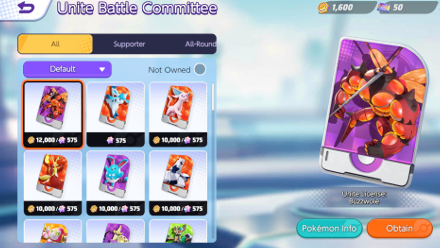 Tyranitar is confirmed to have a price hike and is now selling for 14,000 Aeos Coins. The gem value stays the same though at 575 Aoes Gems.

Like other All-Rounders in the game, Tyranitar has well-balanced stats, which contributes to the role's highly adaptable playstyle.

All Pokemon Stat Values and Effects

Dark Pulse is Tyranitar's first official move that was revealed. The move has Tyranitar exhale a dark mist, dealing damage to opposing Pokemon. It also stuns opposing Pokemon if their HP is below the set threshold.

Stone Edge is Tyranitar's second official move revealed. Tyranitar stomps the ground and causes rock spikes to form in front of itself, dealing damage to enemies caught in the area of effect. It also says that the closer targets are to Tyranitar the more damage is dealt and can be used up to three (3) times!

Tyranitar's Unite Move has been revealed! Here, we see the Pokemon gets movement speed increased for a short time and changes its Standard Attacks into quakes that deal increased damage. If a Pokemon on the opposing team is hit by these attacks when its HP is below a set percentage, it is immediately knocked down!

In order for us to make the best articles possible, share your corrections, opinions, and thoughts about 「Tyranitar Release Date and Time | Pokemon UNITE」 with us!