Tournament Mode Guide - Custom Rules and How to Use | Pokemon UNITE 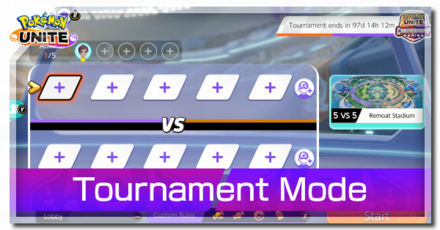 Pokemon UNITE has added a new Tournament Mode that Trainers can use to host tournament-style games. Read on to know what tournament mode is, how tournament mode works, what rules can be imposed, who can be added as admin and their responsibilities, and more!

What is Tournament Mode? 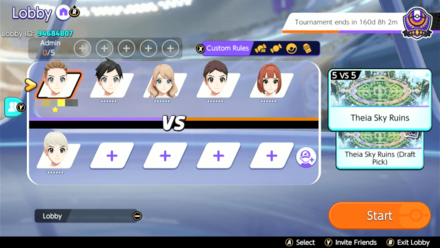 Tournament Mode is an all-new game mode that allows players to create custom lobbies with five watchers (or Admins) to watch and/or broadcast the game in real time. This mode does not differ much with Friendly Matches in the past except that Admins can now spectate the match in real time.

Will Be Used in the 2022 World Championship Series 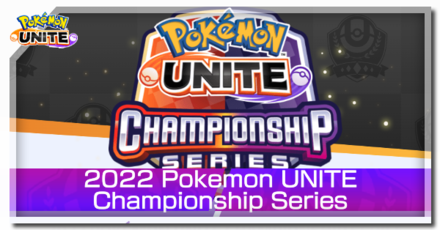 This is UNITE's game mode for when they decide to start qualifier tournaments for the Pokemon UNITE World Championship series! For more information, check out our article: 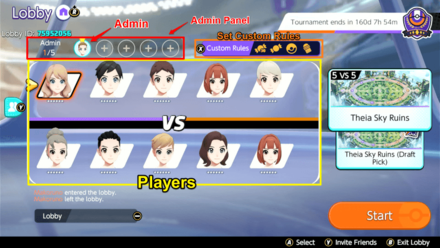 There are three roles that you can have when you start a battle in tournament mode: Admin, Player, and Team Leader.

Admins are the watchers of the game. They will not participate in the match but will be able to spectate the game in real time. Broadcasters, shoutcasters, and referees should take this role to watch the battle!

Players are people that participate in tournaments. They see the game like how we usually do whenever we play without any special permissions.

The team leader has the most control in Tournament Mode. They are the only one capable of setting and changing the custom rules for the tournament. Team Leaders are denoted by a star under their name/icon. 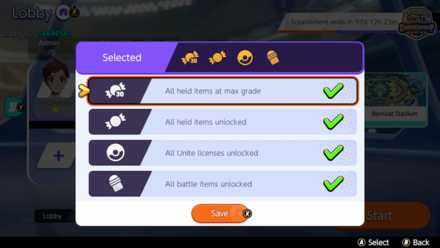 Tournament Mode would add custom Tournament rules that only the Team Leader can change. Only the team leader can choose to check all rules to apply them or just pick any combination of rules! 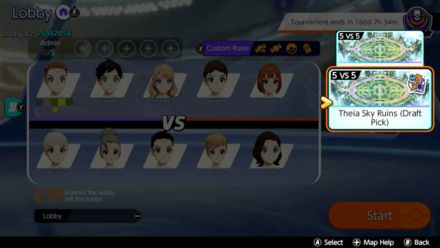 Draft Pick mode is now available in Tournament Mode. It was added on December 1, 2022. Learn all the details in the page below. 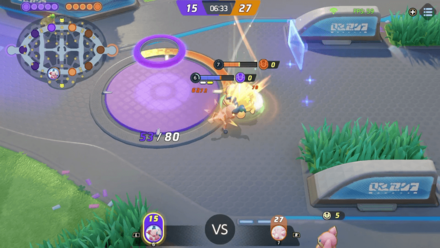 Tournament Mode offers something quite unique - real time spectate mode. In the usual spectate mode, there is a mandatory delay to avoid stream sniping. Here, the Admins can watch the game in real time - seeing the action and the state of the game in great detail.

This mode is only useable if you want to host your own custom tournament. Matchmaking with other players will only happen on the usual Ranked, Standard, and Quick Battle game modes.

How to Use Tournament Mode 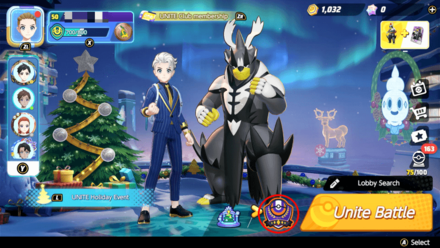 Tournament Mode is accessible from the Home Screen by choosing the Pokemon UNITE Championship Series icon beside Unite Battle.

Invite Players to the Lobby 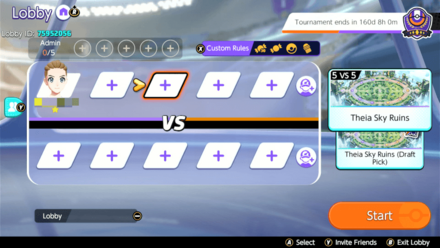 You can invite your friends to join the lobby by clicking any slot with a plus sign on it or the blue friends icon on the left. You can also invite other players by sharing the Lobby ID.

How to Get the Lobby ID 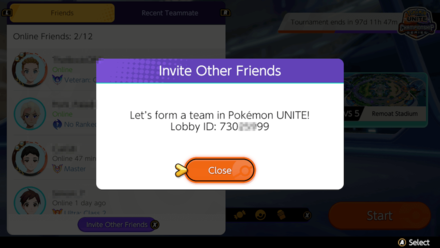 Get the room's Lobby ID by clicking the blue friend icon on the left and choosing Invite Other Friends. The Lobby ID should show!

You May Also Add Bots! 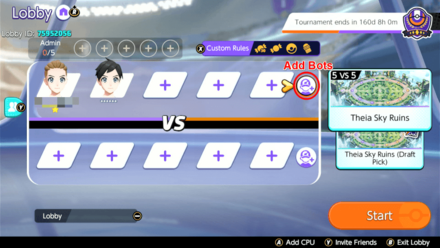 If you're missing players, you can opt to add bots if you're the Team Leader! 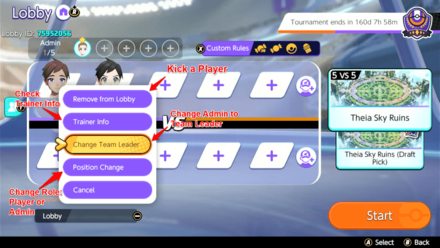 In order for us to make the best articles possible, share your corrections, opinions, and thoughts about 「Tournament Mode Guide - Custom Rules and How to Use | Pokemon UNITE」 with us!