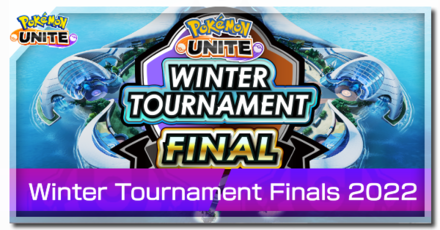 Want to know a quick summary of the things that happened in the Pokemon UNITE Winter Tournament Finals? Read on to see the most used Pokemon, the Pokemon with the best win rate, the most used battle and held items, lanes for each Pokemon, as well as highlights that defined this tournament! 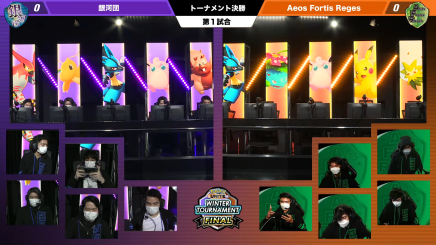 Team 銀河団 (Gingadan/Team Galaxy) squared off against Team Aeos Fortis Reges in the finals for the Championship spot. 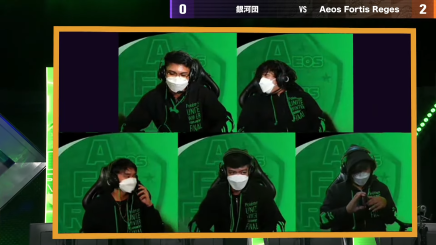 In a shocking upset, Aeos Fortis Reges botches an early 2-0 lead against Team Galaxy. Failing to get a third win, which should have sealed their spot in the tournament. 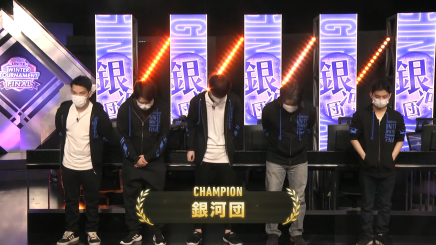 Team Galaxy responds to the 2-0 lead with a straight triple win streak! Securing the win and crowning themselves as the Champions of this Winter Tournament.

Final Placements for the Winter Tournament 2022 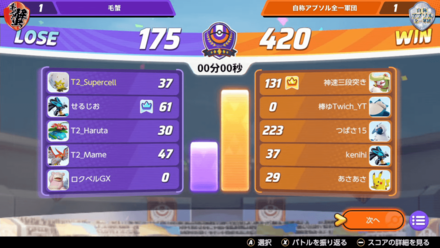 It's generally understood that having at least one healer Pokemon like Eldegoss in a team is vital for winning matches, especially in tournaments like this. However, in game 3 of the first series, the Orange team did a bold move by not picking a healer in their team, going instead for an offensive team comp. Fortunately, this decision paid off and won them the match as well as the series. 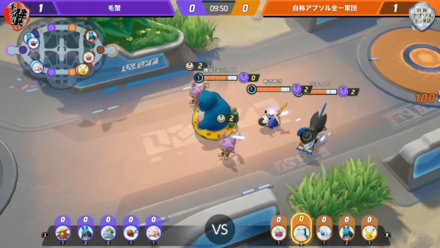 Another highlight of the no healer team comp is the Absol bottom lane. This is an off-meta move since the Pokemon is mostly played as a jungler to give it a level advantage. 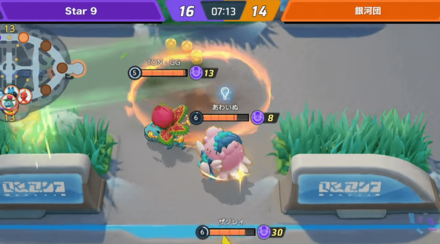 Defenders typically take the role of tanks in team composition, using their high durability to soak damage for the team. But in both games of the second series, the Orange team picked Blissey, a Supporter, to take the role instead of a Defender. This allowed them to have a durable Pokemon that can also heal and save its allies.

Much like the previous highlight, this move paid off and led to a 2 - 0 sweep. 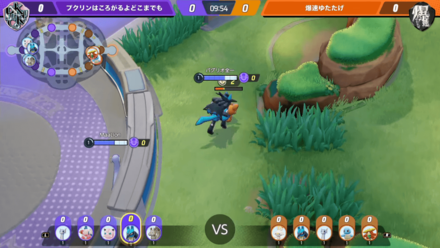 Lillipup is usually the first wild Pokemon that a jungler takes to get to level 3 quickly. However, in game 1 of the third series, the Purple team gave Lillipup to their Lucario instead of their jungler. The purpose of this strategy is to give Lucario a level advantage against its opponents in the top lane, making it easier to either dominate the lane or hold it. 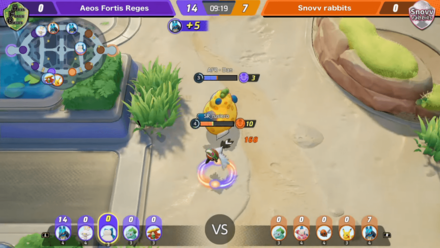 Greedent is usually the Pokemon that invades the enemy jungle due to its mobility and sustain. But in game 1 of the fourth series, the Purple team's Snorlax took the Greedent's mantle and invaded the enemy jungle. However, this did not go well since Snorlax lacks the mobility to traverse the map faster.

Pikachu as a Support 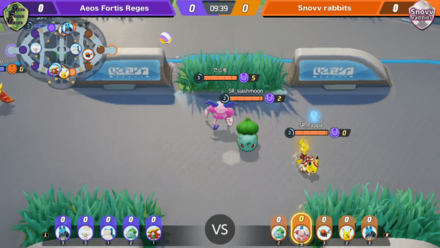 In the same game 1 of the fourth series, the Orange team did not pick Pokemon like Eldegoss to act as the support for the team. They instead picked Pikachu to fill the role, equipping Focus Band, Buddy Barrier, and Exp. Share as its held items. This is an off-meta move since Pikachu is mainly played as a high offense caster Pokemon due to its hard-hitting and low cooldown moves. 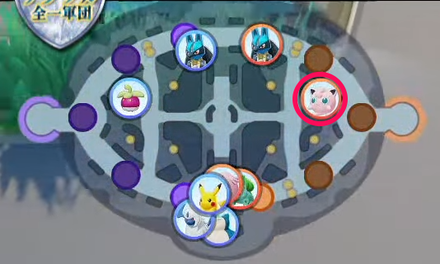 In both games of the fifth series, the Orange Team showed something new when they picked Wigglytuff as their jungler, learning Sing and Dazzling Gleam as its moveset. This has not been done before at a competitive level since Wigglytuff usually lanes at either the top or bottom lane, never in the jungle. It proved to be an effective strategy, leading to a 2 - 0 win. 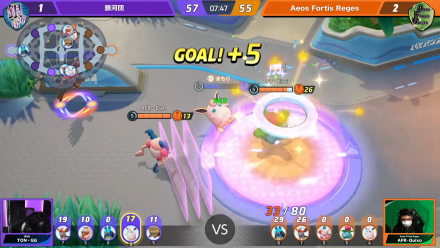 During the finals, we see AFR used a composition that resembles that of North American teams, where they prioritize winning team fights with the support from Eldegoss and AoE damage from Pikachu. On the other hand, Team Galaxy opted for the scoring strategy that involves stealing as much of the opponents Wild Pokemon and then scoring multiple times, thus translating it into extra EXP. Although both strategies have their merit, the scoring strategy proved to be consistent enough to take the victory in the end. Below are some highlights of the strategy. 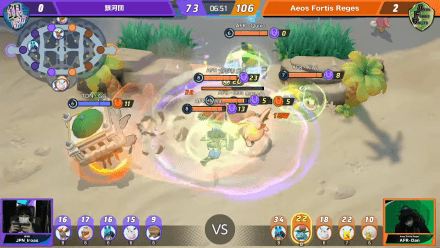 Crustle's durability, combined with Shell Smash's bonus movement speed, allows it to go in and out of the opponent's goal zone and score quick points. On the other hand, Greedent's berry mechanic makes fighting the Pokemon feel like a chore to fight and forces a team to guard the jungle area during the early game. These small but disruptive plays take away some of the advantages from the enemy team, which if done consistently, means that you can

In addition, both Pokemon influence on taking objectives for the team. We saw Crustle throwing a Stealth Rock in the middle of the Drednaw fight, potentially stealing the objective and pressuring its opponents at the same time. All of this while Greedent heads straight to the top lane and captures Rotom for the push. This forces the enemy team to guard both objectives when they spawn. And, since the enemy team relies heavily on strength in numbers, spreading the team members makes their chances of securing objectives fall significantly, which the scoring comp team took advantage of.

An important component of the strategy lies in utilizing the advantage that Fluffy Tail gives to farming and securing objectives. Using this Battle Item over an Eject Button or Slow Smoke allows the scoring team to compensate their lack of offense for team fights with a sudden burst of power that can take down objectives within seconds. Since the scoring team cannot face the opposing team head-on, they mostly avoid confrontations - unless they have to - and target the opposing team's Wild Pokemon instead to get the advantage.

Pokemon not shown here were not picked during the Winter Tournament Finals.

Battle Items not shown here were not picked during the Winter Tournament Finals.

Held Items not shown here were not used during the Winter Tournament Finals.

Pokemon not shown here were not picked during the Winter Tournament Finals.