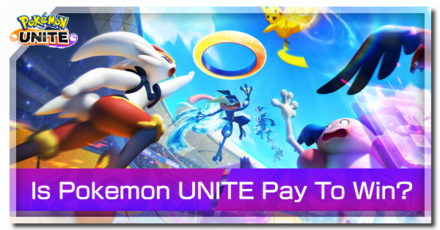 Want to know if Pokemon UNITE is truly pay to win? We will tackle the different paid and free aspects of Pokemon UNITE and conclude if the game is more favorable for those who are willing to pay the cost.

We previously reported that Pokemon UNITE's Pay to Win (P2W) options are less significant as most purchasable items are cosmetic. However, upon further investigation, Pokemon UNITE does have significant P2W elements, so we have revised our assessment as detailed below. 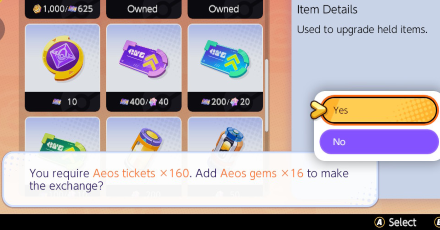 Item Enhancers are a type of item that increases the stats of your Held Items. Simply put, more Item Enhancers means more stats for your characters. Purchasing Item Enhancers is implied to be only obtainable through Aeos Tickets limited to in-game means, but if players attempt to buy more Item Enhancers than they can afford, they'll be shown the option to purchase with Aeos Gems, the premium currency, as seen in the screenshot above.

Upgrading Items to Max Requires A LOT of Item Enhancers 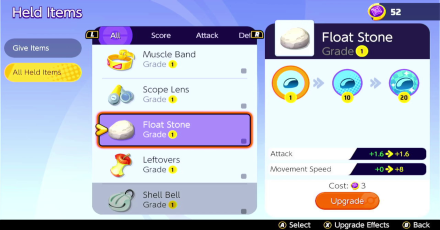 It takes a whopping 2,587 Item Enhancers to bring a single Held Item to the maximum level of 30, equivalent to about $20 USD. Players can farm for Item Enhancers at a very slow pace through normal gameplay, but it's easy for high-investing players to max out their items instantaneously, which should prove to be essential for the higher ranks of play.

To know which items are worth investing in, check out our Held Item Tier List here: 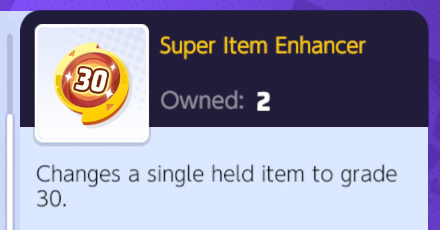 The release of Version 1.2.1.3 introduced a new item called the Super Item Enhancer, which allows you to instantly upgrade a Held Item of any level to the maximum level of 30.

While one would think that this greatly decreases the burden of farming Item Enhancers, the reality is that the item is so rare that you can only get 3 of it at the time of writing. Additionally, the version update also introduced 3 new Held Items with it, essentially canceling out the ease of burden from the 3 Super Item Enhancers that you get. 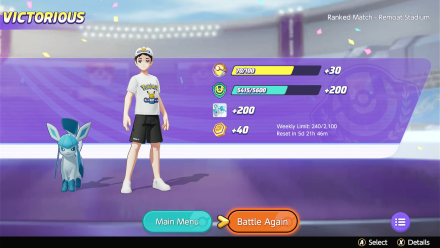 The only natural way to farm Aeos Coins is to play battles, but this is capped at 2,100 Aeos Coins a week. For reference, adding a single new Pokemon to your roster will set you back 6,000 to 10,000 coins.

How to Get and Farm Aeos Coins

Possible to Farm Coins from Events 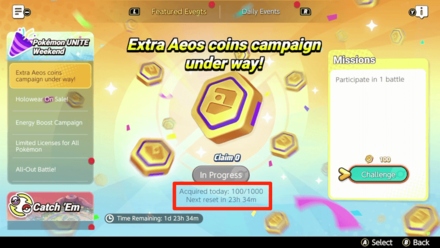 It's possible to get Aeos Coins through Events over time, but gating players in this way makes it not hard, but impossible to complete the roster and inventory without paying. Players may be able to do so after a long time, but with new characters coming soon, it's not likely that non-paying players will ever be able to achieve the full roster.

Limitation for Coins Limits your Roster 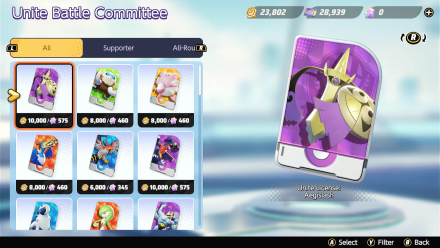 While this isn't strictly a pay to win feature as you don't need an entire roster of Pokemon to win matches, the farming limit hurts your overall potential to bolster your lineup and gain more diverse options in gameplay. This in turn limits your selection of Pokemon, especially when you take your team's composition, strengths, and weaknesses into account.

Pokemon and Items are Expensive

As mentioned previously, purchasing a single new Pokemon with the Aeos Coins obtained from battles alone will take as long as three to five weeks. Even Held Items, which are essential for making the perfect Build for each Pokemon, clock in at 1,000 Coins apiece, money which should otherwise be spent towards finishing the roster.

Overall, the low rate of currency acquisition through natural playing, and ease of purchasing the entire roster and inventory with real money, create a stark difference between 'pay to win' and 'free to play' players. This in turn demonstrates a strong Pay to Win sensibility in the game design. 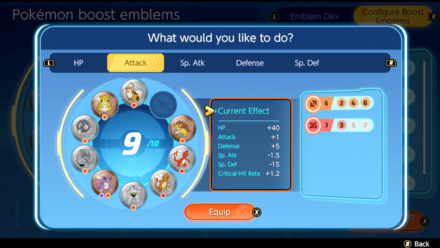 Boost Emblems are a new feature added to the game where players can equip emblems that can boost a Pokemon's stats. Although you can still play the game without using the emblems, optimizing your build with Boost Emblems can make a difference in battle, especially if you take advantage of the color combination bonus.

Boost Emblems Guide: How to Use and Upgrade 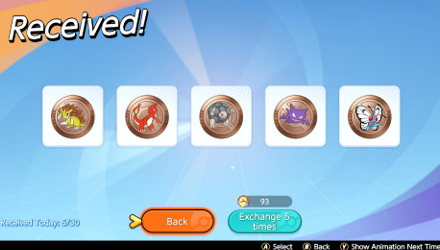 Although you can get Boost Emblems naturally by leveling up your Season Points, the main way to get them is to spend 100 Aeos Energy and play the Energy Rewards gacha.

Players can purchase Energy Tanks that can either increase the limit of their Aeos Energy cap or increase the amount of energy they get from completing matches. Though there is still luck involved in getting the right emblems for a build, alleviating the grind for Aeos Energy can be considered as pay to win.

What Can You Buy With Aeos Gems? 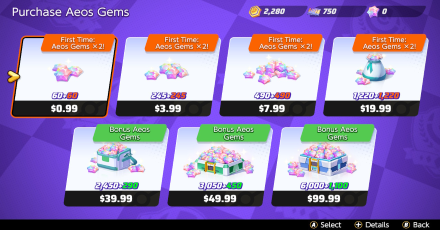 Aeos Gems are the premium currency of Pokemon UNITE. You obtain these by buying them with real money and they can be used to purchase a variety of goods, which are listed below. 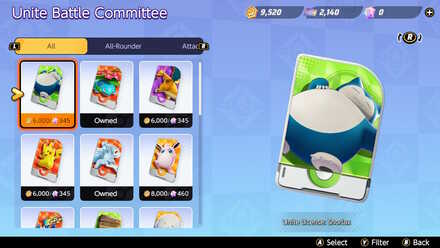 Aeos Gems can be used to purchase Pokemon Licenses instead of using Aeos Coins. This can drastically decrease the amount of grinding for Aeos Coins.

Pokemon Roster: All Characters and Builds 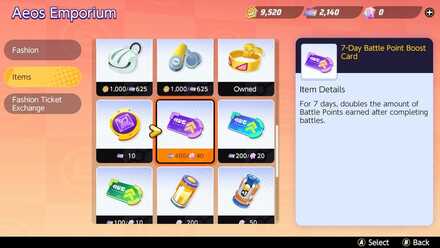 Aeos Gems can be used to purchase various types of boosters in the Aeos Emporium. These boosters help increase the amount of currency obtained for a limited time such as Battle Points, Aeos Coins, or Aeos Energy. While these items help your currency farming go faster, they are not necessary to proceed with the game. 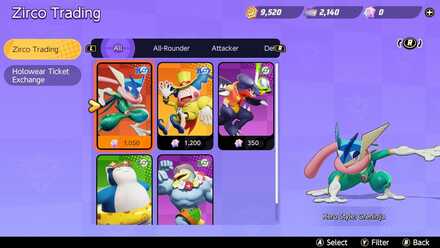 Aeos Gems can also be used to purchase Holowear, which can give specific Pokemon changes to their visual appearance as well as their attack animations and effects. Do note that the changes are purely cosmetic and do not alter the Pokemon's performance in battle. 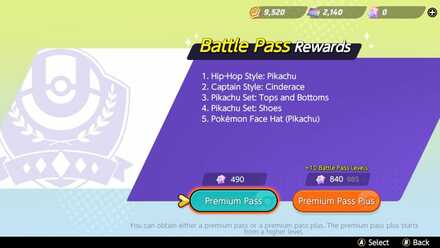 While the Battle Pass is free for all players, they do not have access to all the rewards shown on the Pass. To gain full access to the rewards, players can opt to purchase the Premium Pass using Aeos Gems.

While the Premium Pass grants access to new outfits for your trainer and Pokemon, as well as increased amounts of Item Enhancers and Aeos Tickets, these do not have a significant impact on your gameplay and can safely be ignored.

In order for us to make the best articles possible, share your corrections, opinions, and thoughts about 「Is Pokemon UNITE Pay to Win? Free vs. Premium Features | Pokemon UNITE」 with us!