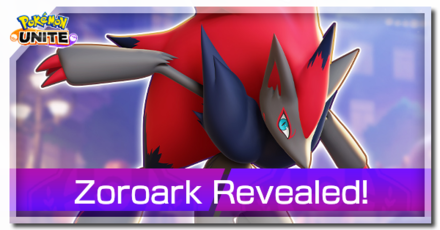 Zoroark is set to join the Pokemon UNITE roster for the Nintendo Switch, Android, and iOS. It could be released sometime during Halloween. Read on to learn Zoroark's release details!

Zoroark was realeased on October 27, 2022 and has joined the UNITE roster along with the Halloween Events!

The table below shows the date and times of different regions when Zoroark could release:

Zoroark's character spotlight dropped on October 25, 2022. It showcased some moves, it's scoring animation, and it's amazing signature ability Illusion! 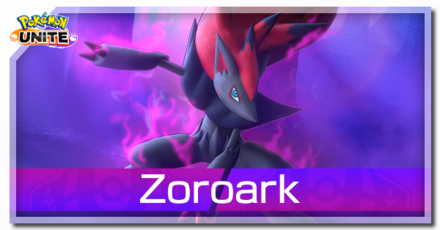 Zoroark will release on October 27, and we'll be making a guide and builds page for it! Check out the link below and bookmark it for future reference!

Confirmed to Join as a Speedster

According to the official Pokemon UNITE Twitter account, Zoroark is confirmed to be a Speedster! It is the 6th Speedster to join the UNITE roster so far!

List of Speedsters:
All Speedster Pokemon and Best Builds

Could Have High Mobility and Offense

Like all Speedster in the game, we expect Zoroark to have high mobility and offense - perfect for ganking unsuspecting Pokemon in the arena!

All Pokemon Stats and Effects

Illusion allows Zoroark to take the form of random Wild Pokemon and/or an opposing Pokemon. We can almost imagine the chaos this'll bring to UNITE Battles!

Zoroark's first official move revealed is Night Slash. Zoroark performs a dash attack that's followed by a boosted attack, refreshing the dash attack on hit. Hitting a target six (6) consecutive times will have Zoroark jump into the air and land with an AOE slash that restores HP on hit.

In order for us to make the best articles possible, share your corrections, opinions, and thoughts about 「Zoroark Revealed! Release Date and Moves | Pokemon UNITE」 with us!