All Roles and How to Play Each Role | Pokemon UNITE 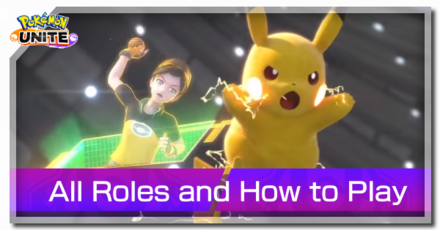 This is the hub for all Roles and Playstyle guides in Pokemon UNITE, available for the Nintendo Switch, Android, and iOS. Read on to know the different roles and playstyles available in the game, and how you can master each of them!

Teamwork is key, and knowing how your Pokemon can contribute in terms of offense and defense can affect your team's effectiveness in battle. So it is important to have a general idea of what roles are needed beforehand to synergize well with your team's composition, especially in competitive play.

How to Play Attackers

Because of their high damage output, Attackers can quickly take down wild Pokemon with hard-hitting ranged attacks. They're also the main damage dealers of the team, so dish out the damage against your opponents while keeping your distance from them.

Support the Team with Firepower

Attackers focus on dealing massive damage from a safe distance. Pair them with a sturdier teammate with a low damage output so you can compensate their low offense. They may be glass cannons, but good positioning and well-timed attacks will make them a deadly force.

How to Play Speedster

Speedsters excel at getting in a fight, dealing a high amount of damage, and getting out quickly. This makes them great for sneaking past unaware opponents. They're almost as frail as Attackers though, so use your speed and try not to get caught by the enemy!

Aside from being natural assassins, Speedsters can utilize their high mobility to score easily when no one's watching.

How to Play Defender

Soak Up Damage for the Team

Defenders offer their high HP to protect their teammates from harm. They're job is usually to keep enemies away from their fragile allies.

Take advantage of their huge physique to hinder your opponents by stunning or knocking them away during team fights. When battles get out of hand, Defenders can prevent enemies from scoring goals with their crowd control moves. Get in the enemie's faces and use your crowd control to mess them up!

How to Play All-Rounder

Fill in Roles when Needed

All-Rounders are dependable Pokemon that can operate on their own. Because of their balanced stats, you can easily adapt into offensive and defensive roles when the situation demands it.

By having high enough endurance and moves that pack a punch, All-Rounders excel at leading charges in the frontlines. You can adjust your moves and items depending on if your team needs more damage or more defensive power. Pair them up with Supporter Pokemon and you will have an unstoppable force!

How to Play Supporter

Heal and Buff your Teammates

Supporters enable their teammates to do their job effectively throughout all stages of the game. They come with a variety of utility moves that can keep your teammates alive and give them the upper hand in battle, such as heals, shields, and debuffs.

Always have an Ally to Support

Supporters should stick close to their allies most of the time. Using their various utility skills, they ensure that their teammates can stay alive in a fight through healing and shielding, as well as take down their opponents through debuffs and crowd control!

Since it is not possible to be everywhere at once, knowing which specific lanes to attack or defend makes sure that time is spent efficiently. This will be helpful as you communicate with your team when fighting, pushing, and scoring goals. Overall, players who know how to utilize the lanes to their advantage will have a better chance of winning.

How to Play Top Lane

The Top Lane is about farming Aeos Energy as fast as possible and scoring goals consistently. It is best to defeat every wild Pokemon you come across - even wild Pokemon on the enemy's side to steal Aeos energy.

Defeating Regieleki will be key in gaining the score advantage in the early game as it will open up the enemy's goal for easy scoring. It is important to always keep Regieleki in check, whether it is being contested or open to capture.

How to Play Jungle

The Jungle area of the arena does not have any goals to defend or oppose. However, controlling the central area and its wild Pokemon is key when you want to get the upper hand on your enemies.

Great Role for Pokemon with Powerspikes

Pokemon that can quickly take out Wild Pokemon and level up quickly is the best in the jungle. Once they hit their powerspikes they are able to help teammates by ganking their lane.

How to Play Bottom Lane

The Bottom Lane is all about outplaying and outlasting your opponents. Expect a lot of clashes with the opposing team as you do skirmishes while preventing them to score goals and attacking when there is an opening.

Since the Bottom Lane has slightly more wild Pokemon spawns in the area, it is easy to amass Aeos Energy and level up fast. It is best to use Pokemon that have strong moveset in the early game for this lane. Having a strong early game will allow you to win fights and steal Wild Pokemon from the other team, giving you a signifiicant power advantage.

Based on Pokemon's Strengths

Roles dictate your Pokemon's overall function in a battle based on their strengths and weaknesses. Since Pokemon UNITE matches rely heavily on teamwork and synergy, knowing your role means knowing what your Pokemon's strength is and using it to your team's advantage.

Pokemon UNITE's roles are based around common MOBA archetypes - Attacker, Speedster, All-Rounder, Defender, and Supporter. They offer a variety of playstyles that have their own set of abilities, as well as their own strengths and weaknesses for players to master. 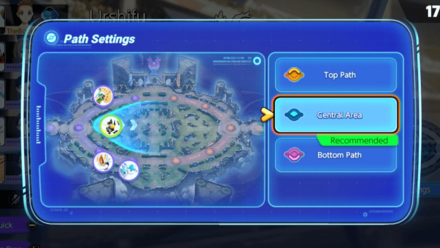 Pokemon UNITE's arena is divided into strategic paths that vary in size and scope, as well as the wild Pokemon that appears within it. While players can practically take any path they want, some Pokemon can operate more effectively depending on where they are positioned.

Lane Roles: Best Lane to Play for Each Playstyle

In order for us to make the best articles possible, share your corrections, opinions, and thoughts about 「All Roles and How to Play Each Role | Pokemon UNITE」 with us!