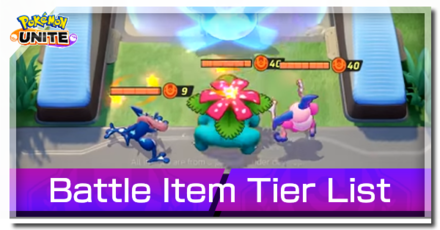 This is a tier list of Battle Items in Pokemon UNITE. Read on to know the best Battle Items as of February 7, 2022 and why you should take them into battle!

Best Battle Items for Each Role

Best Battle Items for Each Pokemon

How to Unlock Battle Items 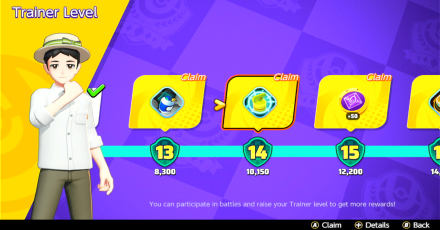 Battle Items are unlocked as you increase your Trainer Level. Check out our guide below on how to quickly increase your trainer level in Pokemon UNITE:

See more comments (11 Comments)
Opinions about an article or post go here.
Opinions about an article or post
We at Game8 thank you for your support.
In order for us to make the best articles possible, share your corrections, opinions, and thoughts about "Battle Item Tier List: Best Items to Use (February 7th Updated)" with us!
When reporting a problem, please be as specific as possible in providing details such as what conditions the problem occurred under and what kind of effects it had.