Goal-Getter Effect and How to Get | Pokemon UNITE 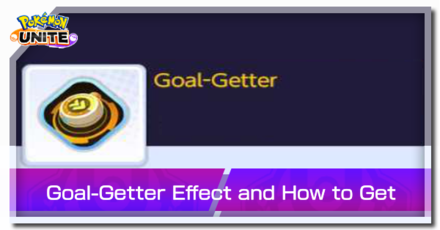 Cooldown decreased from 120 seconds to 90 seconds

Goal-Getter's cooldown has been drastically decreased by 30 seconds. With this cooldown reduction, the item can now be used more frequently during matches. While it is a nice upgrade, its usefulness is still vastly inferior compared to other Battle Items like the Eject Button. 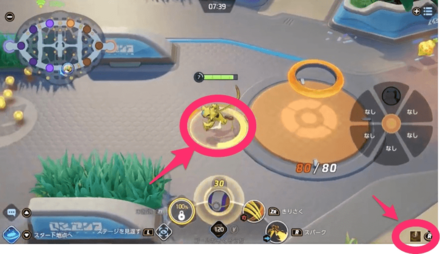 Once activated, Goal-Getter's effect will last for only 10 seconds. During this time, you can check its status by pressing the

How to Get Goal-Getter

Currently, there are no Pokemon that go well with this item. Although the increase in the scoring speed is reasonably good, its cooldown time is too long and its usefulness is too limited to justify using it over other battle items.

When to Use Goal-Getter

Having A Lot of Aeos Energy

The best time to use the item is when you are carrying a lot of Aeos Energy, espcecially when you're close to holding the maximum amount. In this case, it is best that you find a way to sneak to an enemy goal and score. The item will speeding up the goal scoring and in turn gives your opponents less time to stop you.

The scoring speed test was conducted by comparing the time to score using Goal-Getter with a Pokemon that has 50 Aeos Energy.

As a result of the test, it is confirmed that scoring 50 points takes about 6 seconds without the effects of the Goal-Getter and about 3 seconds with the effects. Therefore, the scoring time is cut by around 50%.

In order for us to make the best articles possible, share your corrections, opinions, and thoughts about 「Goal-Getter Effect and How to Get | Pokemon UNITE」 with us!