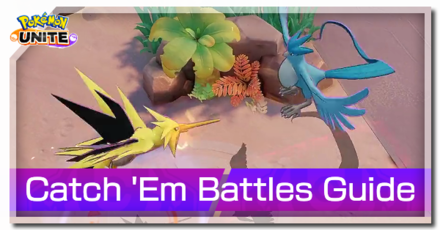 Catch Em Battles is a new game mode in Pokemon UNITE! It features a new 4-vs-4 quick battle map that lets players catch and play as different Wild Pokemon. Know how to best play this new game mode, the moves of each wild Pokemon, their spawn times, and the best Pokemon to use!

In Catch 'Em Battles, some wild Pokemon will be catchable and get unique moves that you can use in battle!

Best Pokemon to Use for Catch Em Battles

With their high damage output and burst potential, these Pokemon are great for melting down Wild Pokemon spawns and opponents alike. They can easily contest Boss Pokemon spawns and can steal them if they have to. Additionally, being able to swap to Wild Pokemon gives them more survivability, allowing them to have an extra layer of HP if they need to play defensively.

These All-Rounder Pokemon can deal decent amounts of damage while being able to soak a decent amount of damage. Because of their fast, hard-hitting combos, they are also effective at battling player-controlled Wild Pokemon. Aegislash, in particular, can take advantage of their slow attack speed and deflect most of their damage while in Shield Form. Each deflected attack contributes to Aegislash's Boosted Attack activations, making it easier to brawl even after the opponent reverts to the original Pokemon.

Aside from dealing consistent damage with cooldown reduction combos, these Pokemon also can sustain themselves through HP recovery. For Tsareena, Queenly Majesty activations can keep it alive even when fighting against player-controlled Wild Pokemon. Its wide, melee moves are effective when teams clash towards Boss Pokemon spawns. The same is true for Venusaur with its Petal Dance + Giga Drain combo as it helps it stay in the fight longer while dealing AoE damage.

Take advantage of these Pokemons' high mobility moves to maneuver around the battlefield and sneak easy points for your team. Do this by securing high-value Wild Pokemon like Zapdos or Articuno and dash towards an enemy goal zone so you can open them up for the team. Moreover, the fast-paced nature of Quick Battles greatly benefits these Pokemon as they can get to their move upgrades earlier.

How to Play Catch Em Battles 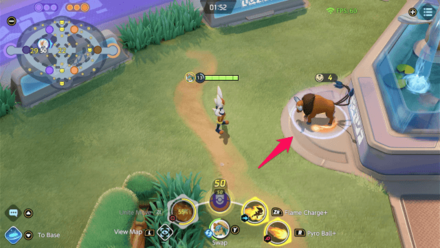 Wild Pokemon with a White Aura below them can be captured and played! This gives them a distinction from the other normal Wild Pokemon found in the arena. Be sure to keep a lookout for these playable Pokemon if you want to take advantage of their abilities!

Playable Boss Pokemon Icons are Shown on the Map 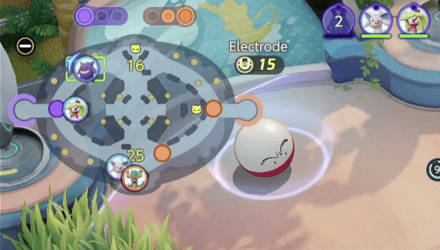 As the match goes on, stronger, more powerful Boss Pokemon spawn at specific times and locations all over the arena. They are displayed with a boss Pokemon icon (

) when they appear. If they are yet to spawn, a timer will be shown instead. Compared to normal Wild Pokemon, the Boss Pokemon that spawns are sturdier and has higher damage output. Watch out for these spawns if you want to get an advantage over the enemy team! 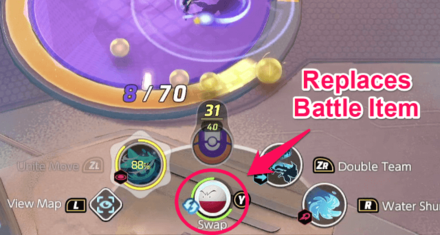 When you capture a playable Wild Pokemon, your Battle Item slot will be replaced with the icon of that particular Wild Pokemon. This cuts you off on your essential Eject Button or Full Heal activations until you swap to that Pokemon or you let the gauge expire.

A good strategy you can do is to transform into a playable Wild Pokemon when your HP is dangerously low. Doing so will swap your Pokemon with another Pokemon with full health, which allows you to avoid getting knocked down.

Revert to Original Pokemon when Knocked Down

When you get knocked down as a Wild Pokemon, you will immediately turn back into your main Pokemon. Take note that, when you do, your HP will be the same as the time you transformed, even if you heal at a goal zone as the Wild Pokemon.

Using certain Boss Pokemon moves while inside an enemy goal zone will leave it defenseless for 15 seconds. This gives you and your team a chance to push a lane effectively. Moreover, making goals defenseless cuts off any healing that goal zone has until the charge runs out!

Use Fluffy Tail to make securing wild Pokemon easier and faster, especially boss Pokemon. It only has a 25-second cooldown, so use it frequently.

Fluffy Tail Effect and How to Get

Wild Pokemon also respawns under certain conditions so try to maximize the timing for all the Pokemon!

In addition to the ability to use them in battle, the Wild Pokemon also provide Aeos points to use in goals! 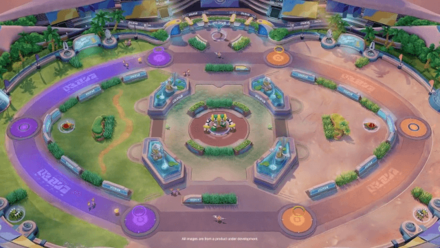 The Catch ’Em Battle game mode is played in a familiar map similar to that of Mer Stadium, which has 3 goal zones per team. The spawn location of each wild Pokemon is different than normal though, so keep an eye out!

Catch Wild Pokemon to Play as Them! 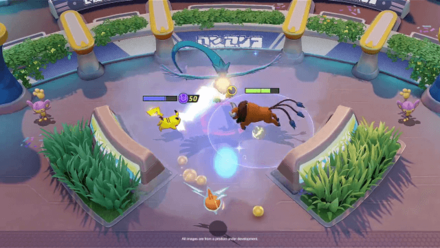 The main feature of this new game mode is the ability to play as any Wild Pokemon you capture! This ranges from buff Pokemon like Ludicolo and Tauros to Boss Pokemon from different maps like Zapdos and Avalugg.

Switch Pokemon on the Fly

In this new game mode, whenever you capture a Wild Pokemon, an extra icon will appear near your moveset. Selecting it will immediately switch your Pokemon you are controlling as well as its moveset until you are defeated in battle!

In order for us to make the best articles possible, share your corrections, opinions, and thoughts about 「Catch 'Em Battles Guide - New Catch Mode Moves and Spawn Times | Pokemon UNITE」 with us!