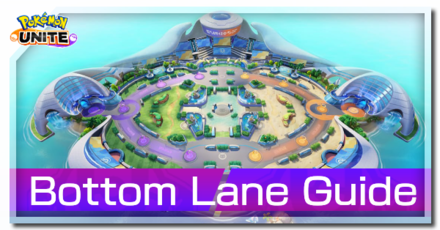 How to Play Bottom Lane

Pick Bottom Path Before the Battle 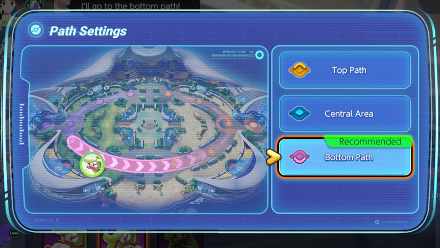 Before the start of the match, it is highly recommended that you pick the Bottom Path path using the Battle Prep. Though not required, this will surely help in relaying your intention and prevent a lane from getting cluttered.

It is important that your team captures the extra Audino near the entrance of the Jungle area, as well as the Vespiquen and Combees when they spawn. The extra EXP you get will be a huge advantage moving forward.

Since the opponent will surely be doing the same strategy, contesting these camps will always be a battle. Make sure to focus down on the Wild Pokemon and get the final hit. 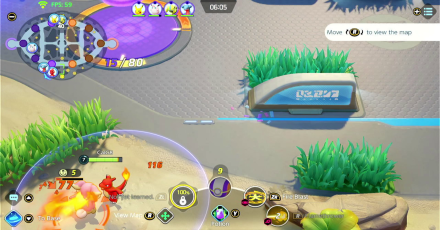 While you farm wild Pokemon, be sure to keep an eye on your goal zones so you can quickly defend them when the enemy wants to sneak in points. You can do this by extending your view with the help of the camera mechanic. 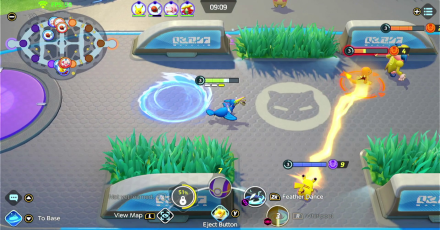 As you farm Wild Pokemon, you will always be having mini skirmishes with the enemy as you take control of the lane. Pressure their HP until it gets low enough for them to retreat so you can continue farming.

Note that you will be at a major disadvantage when you are fighting opponents near their Goal Zone. Be sure to not overextend your position, and only pursue low HP opponents when you know you can deal with the last hit. You might get caught on the enemy's lane flux which decreases your movement speed, leaving you vulnerable to a knockdown. 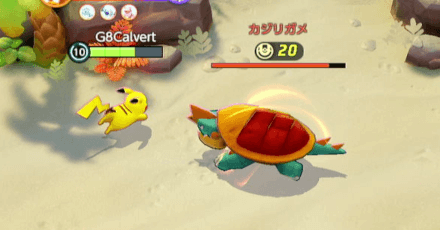 Drednaw is stronger both in defense and dealing damage compared to Rotom at the Top Lane. It will be hard to defeat it at a low level, but the experience it gives makes it worth contesting in the early game. Moreover, the bonus shield is a nice bonus that gives you extra protection for your next fight.

Drednaw is a high-priority target, so be sure to also keep close tabs on it as its location is farther away from your goal. Committing to it will take quite an effort and could leave your goal open.

Get Help from the Jungler 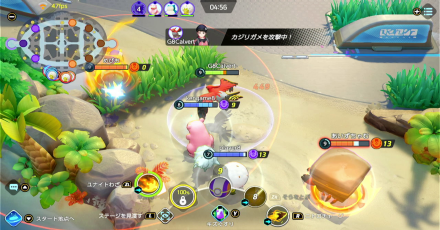 Having the Jungler in the lane generates a number advantage to help push or defend a goal when needed. This can also be used to help defeat Drednaw efficiently. It is important to communicate with the Jungler whether you want to go for a gank, push a goal zone, or take Drednaw.

How to Play Jungler 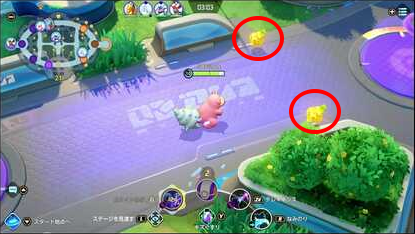 Although the allied Goal Zones can provide healing when you stand inside them, Yellow Berries can replenish a significant amount of HP when you consume them, especially in the earlier stages of the game. This will allow you to get back in the fight without recalling!

You can even steal the opponent's Yellow Berries. Be careful though, you might get slowed by the enemy's Flux Zones if you overextend!

Since the Wild Pokemon in the bottom lane have more EXP than those in the top lane, securing them becomes vital to snowballing the game. Picking a Pokemon that performs well in the early game is a highly recommended option if you want to enemy Audinos and help your team level up.

Having access to more EXP means that these Pokemon can evolve or learn their strong moves faster. And, when left uncontested, they can easily dominate the lane and take on objectives without a problem.

Supporter Pokemon are great for the mini skirmishes in the Bottom lane. They will provide both healing and buffs to keep your teammates alive while they farm up to higher levels for the late game. Moreover, they can also help by hindering opponents from scoring takedowns or goals by impeding their movement by applying crowd control effects.

Drednaw will spawn at the center part of the Bottom Lane at the 7-minute mark. Defeating Drednaw gives your team an experience boost and bonus shields, regardless of where they are on the map.

What is the Bottom Lane?

The Bottom Lane in Pokemon Unite refers to the path located at the bottom part of the Remoat Stadium. It has 2 Goal Zones present for both teams. It has a beach area at the bottom part and more space along the paths, making it relatively larger compared to the Top Lane.

Bottom lane players will constantly clash with the opposing team. While top lane players focus mostly on accumulating points and eventually scoring with Rotom, Bottom Lane players have to maintain pressure on their opponents by quickly farming Wild Pokemon and stealing Wild Pokemon from the opponents' side. And, most importantly, maintain a lane advantage to capture the Drednaw objective. This will be important as the Bottom Lane is wider than the top lane, so expect to get into a lot of fights while protecting your goal.

In order for us to make the best articles possible, share your corrections, opinions, and thoughts about 「Bottom Lane Guide: How to Play Bot | Pokemon UNITE」 with us!