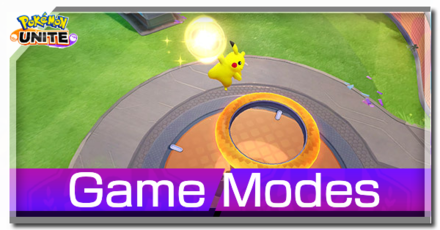 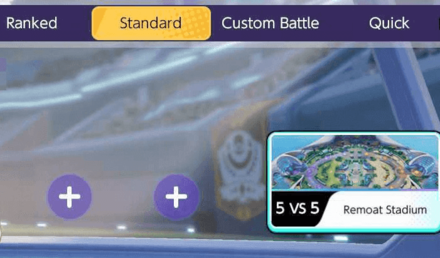 Standard matches follow the 5v5 game mode for Pokemon Unite. It is considered as the casual game mode as you are not punished or rewarded for winning or losing. The matchmaking is not strict with skill level and does not take into consideration your rank from Ranked.

Ranked matches follow the same format at Standard matches but has skill based matchmaking that will match you with players at a similar skill level. These skill levels are represented as ranks. Winning will help increase your rank and losing will decrease it. Because there stakes, it is more competitive than Standard matches.
This match type can be unlocked only at trainer level 6.

MOBAs and other competitive games usually split their Ranked modes into seasons and Pokemon Unite is no different. A season is a limited time where players can try to climb up the rank ladder as high as they can and at the end of that season, receive rewards based on the highest-ranked reached!

Custom Battles replaced Friendly Matches as part of the 1.4.1.2 Update. It functions the same as Friendly Matches but has some new features added. Players can pick from all maps available and invite as many players or add as many bots to a match as they want.

Custom Battle Guide: Features and How to Play

Quick Battles are 4v4 or 3v3 matches with a significantly shorter timer. Quick Battles are great for practicing Pokemon and different strategies or just to have a quick game.
The match type can be unlocked only at trainer level 8.
Quick Battle: How to Unlock and Rules

There are two match types available in Standard and Quick Battles matches: Random, and CPU Battle. They can be chosen in the drop down menu above Start.

Each game mode has the same rewards for completing a match. But the amount of the rewards can differ based on the game mode and match type chosen.

In order for us to make the best articles possible, share your corrections, opinions, and thoughts about 「Game Modes: Standard, Ranked, Custom Battle, and Quick Battle | Pokemon UNITE」 with us!