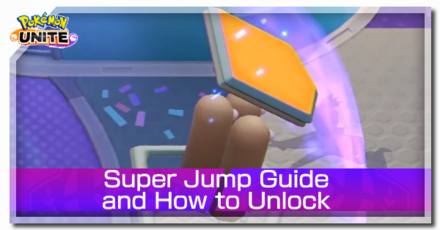 Super Jump Pads allow players to quickly traverse the map to defend goals, save allies, or just get to a destination faster. This is a guide for Jump Pads and how to unlock them in Pokemon UNITE. Read on to learn more about what Super Jump and Regular Jump Pads do, as well as how to use them effectively!

What is a Super Jump Pad?

The Super Jump Pad is a platform in Pokemon UNITE that you can use to launch yourself to specific locations on the map.

While in the air, you're Unstoppable. Upon lading, you'll stun and knock up enemies within the area of effect.

The locations that you can land on are fixed throughout the entire match.

Appears at the Half-Time of a Match

For Remoat Stadium and Theia Sky Ruins, the Super Jump Pads will appear after 5 minutes.

As for Mer Stadium, it will appear after 2 minutes and 30 seconds. 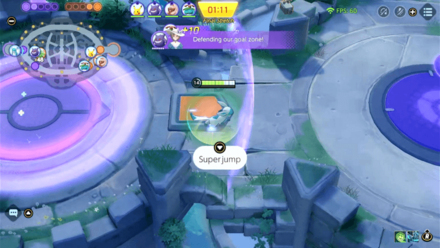 No Super Jump Pads in Shivre City and Auroma Park

Shivre City and Auroma Park do not contain Super Jump Pads. Instead, these maps have unique mechanics that let players travel around quickly like Speed Flux Zones and Conveyor Belts, respectively.

How to Use a Super Jump Pad

Upon landing from a Super Jump Pad launch, your Pokemon will stun and knock up enemies within the area of effect, stopping them from scoring.

Scoring Interruption Can Be Prevented 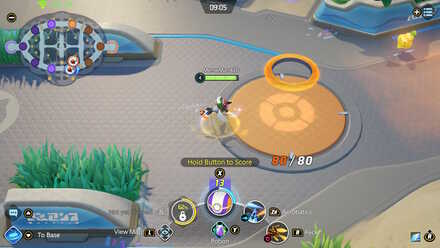 Quickly Getting Back to the Battle

Using the Super Jump Pad is also a great way to get back into battle quickly, especially just after recalling to base to heal.

What is a Regular Jump Pad?

Regular Jump Pads have the same function of launching you around certain places. However, the differences are you can't choose where to land, and it will launch you automatically after a set amount of time when you stand on it.

Only Appears in Remoat Stadium and Theia Sky Ruins 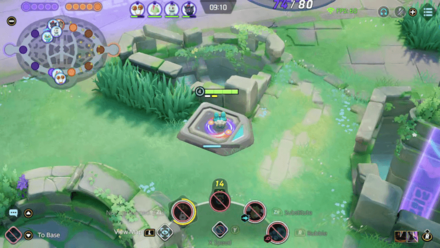 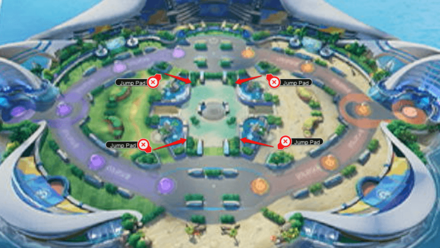 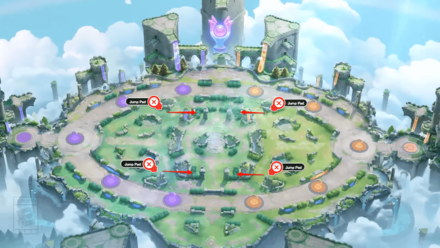 Regular Jump Pads launch you a very short distance but often launch you over walls or other impassable terrain. Use this to move through the Central Area quickly and get to ganking or farming spots faster.

In order for us to make the best articles possible, share your corrections, opinions, and thoughts about 「Jump Pad Guide: Super Jump Pads and Regular Jump Pads | Pokemon UNITE」 with us!