Invincibility: How to Use and Best Timing | Pokemon UNITE 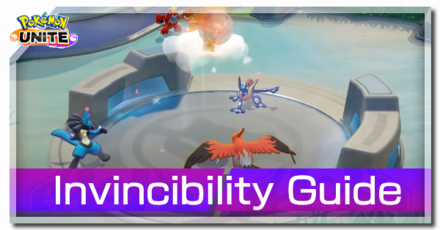 How to Get Invincibility

Whenever you successfully score a goal, you will become invincible until the scoring animation ends. Most of the time, players will quickly use their moves when they see an enemy near their Goal Zone. When the enemy approaches, immediately score a goal to potentially dodge an attack!

Training Mode: How to Practice

There are only a handful of Pokemon moves that give invincibility. Using Fly or Cotton Cloud Crash will launch you up in the air, making you effectively untargetable for the duration of the move.

Feint, on the other hand, only gives you a short window of invincibility, and needs to be activated before a move lands to prevent the damage. It may take a lot of tries to get the right timing, but it is worth it when you managed to pull it off! 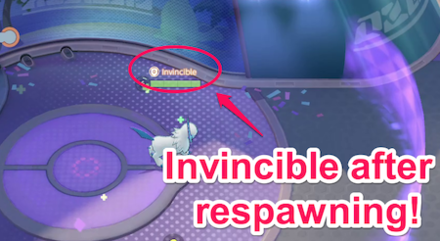 Patch 1.1.1.6 introduced the mechanic wherein you will become invincible for 5 seconds after you respawn from a KO. This is likely to deter teams from camping outside their enemy's base.

Use in the Practice Arena 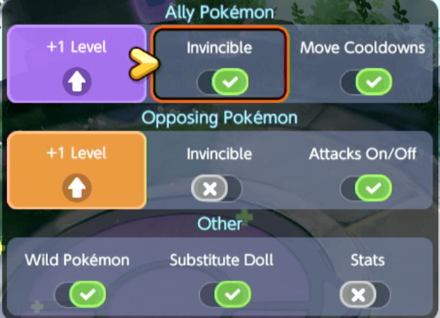 Outside of Unite Battles, you activate invincibility in the Practice Area. Just select the Invincible toggle under Ally Pokemon in the Practice Options while in traning mode.

Training Mode: How to Practice

When to Use Invincibility

Being invincible at just the right moment can spare you from taking damage from enemy attacks and moves. Moreover, a successful dodge means that you are delaying your enemy to damage you further because of their move's cooldown!

When you have Low HP

It is best to be invincible while running away from a losing fight to further protect you from getting knocked down. It also gives you enough time to reach a safe area like an allied Goal Zone to recover HP or tall grass to hide from enemies.

Invincibility is the state wherein your Pokemon cannot be damaged by enemy attacks. Invincibility effects are only available to a handful of Pokemon, and can be activated by doing specific game mechanics or playing certain game modes.

Like in other games, being immune to damage is a powerful Buff that can potentially make players overpowered. Thus, all Invincibility effects have a short duration.

In order for us to make the best articles possible, share your corrections, opinions, and thoughts about 「Invincibility: How to Use and Best Timing | Pokemon UNITE」 with us!