Tutorial Missions: How to Access and Rewards | Pokemon UNITE 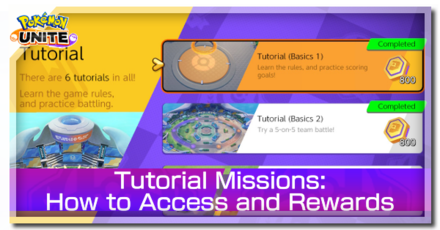 When you first start the game after character creation, you will be put through the first two tutorial missions and will be rewarded a total of 1,600 Aeos Coins.

Doing the other 4 missions will reward you with a total of 3,200 Aeos Coins.

How to Farm Aeos Coins 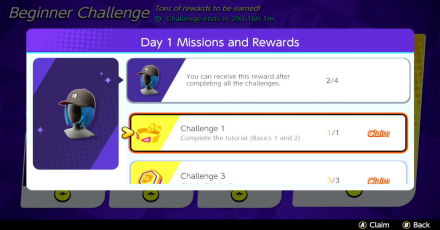 Completing the tutorial missions will complete some of the Beginner Challenge Missions, giving you more rewards than just the Aeos Coins that the tutorial gives you.

Why Complete the Tutorial 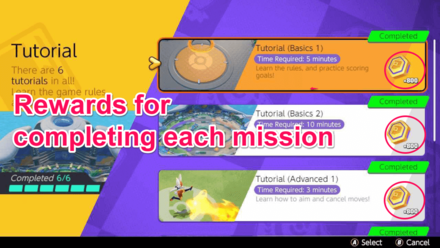 Tutorial missions give a total of 4,800 Aeos Coins. This is a lot of coins that will give new players an easier start when playing Pokemon Unite. Aeos Coins are an important resource as they are used to purchase valuable and useful items in the game, like Unite Licenses or Held Items.

With the issue of only earning a maximum of 2,100 Aeos Coins per week through battles, you will need to use all of the methods available to get Aeos Coins.
What to Buy in the Shop: Best Items to Buy

Completing the tutorial missions also completes Beginner Challenge missions as well, earning you some Held Items. These are items that can benefit your Pokemon and give them an edge in battle!

This is a useful way for beginners to learn the basics of Pokemon Unite. It can even be used by more experienced players as a recap to make sure they have mastered the basics. Whether or not you have experience playing MOBA games, we suggest you play the tutorial not only for the rewards but also to make sure you know the game inside and out!
Things to Do First: Getting Started

In order for us to make the best articles possible, share your corrections, opinions, and thoughts about 「 Tutorial Missions: How to Access and Rewards | Pokemon UNITE」 with us!