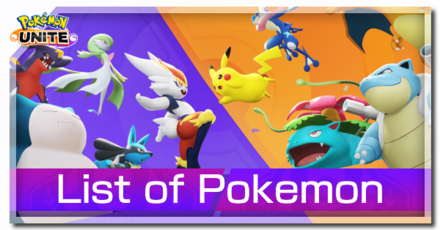 This is the full roster of all playable and upcoming Pokemon in Pokemon UNITE. Read on to see a full character list and tier list rankings, as well as a quick check for future unreleased Pokemon!

All Pokemon by Characteristics

Looking for the best Pokemon to play instead? Check out our Pokemon Tier List Guide to see how we rank each Pokemon in the game!

All Roles and How to Play Each Role

Attackers are Pokemon that have low Endurance and excel at dealing heavy ranged damage to opponents.

All-Rounders, as the term suggests, are Pokemon that have balanced Offense and Endurance and are highly tenacious fighters.

Defenders have high Endurance and excel at protecting allies and hindering opponents.

Speedsters have high Mobility and Offense and excel at making quick attacks and scoring points.

Supporters are Pokemon that provide team support by inflicting status conditions on opponents and healing allies.

Urshifu is Ready for Combat! 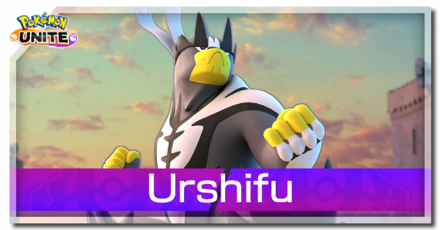 Urshifu is the newest Pokemon to join the UNITE Roster. It was released on December 1, 2022 UTC.

All Future and Unreleased Pokemon

How Many Pokemon Are There? 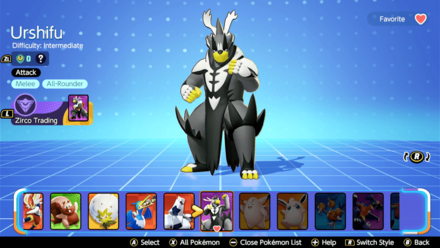 There are currently 46 Pokemon that are playable in Pokemon UNITE. The count and percentages per role is as follows:

In order for us to make the best articles possible, share your corrections, opinions, and thoughts about 「Pokemon Roster - All Character List | Pokemon UNITE」 with us!