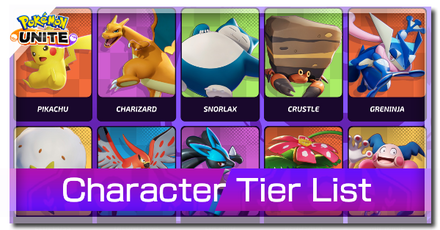 All Pokemon and Builds 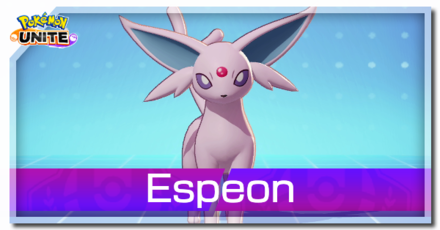 After thorough testing, Espeon enters in S-Tier! With its hard-hitting kit that can also inflict stuns and slows, Espeon is a great Attacker to add to your roster. Additionally, its impressive level scaling and ability to disrupt multiple opponents with Psychic Solare makes the Pokemon a great contender for competitive play. Lastly, its moves are straightforward enough to help keep the gameplay loop relatively easy but effective. If you can, try getting it free from the Espeon Event!

How Would You Rank Espeon?

In our poll for Azumarill, 908 players voted to put this All-Rounder Pokemon in A-Tier!

Who is the Best Pokemon?

Vote for who you think is the strongest character in Pokemon UNITE. Also, let us know why in the comments!

Players voted for the following as the strongest Pokemon in the game! As the meta changes a great deal after Updates, we're excited to see the new rankings in our next poll!

See more comments (435 Comments)
Opinions about an article or post go here.
Opinions about an article or post
We at Game8 thank you for your support.
In order for us to make the best articles possible, share your corrections, opinions, and thoughts about "Tier List: Best Pokemon to Use (May 19, 2022 Updated)" with us!
When reporting a problem, please be as specific as possible in providing details such as what conditions the problem occurred under and what kind of effects it had.