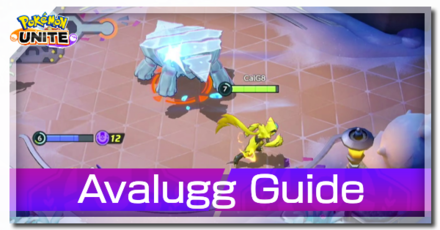 This is a guide on the Wild Pokemon Avalugg in Pokemon UNITE. Read on to learn Avalugg's spawn time, how and when to beat Avalugg, what moves Avalugg has, what buff and rewards Avalugg gives, and more!

A new game mode called Catch 'Em Battles, running from May 30, 2022 to June 27, 2022, allows players to catch Wild Pokemon like Avalugg and use them in battle!

Along with Aeos Energy, defeating Avalugg will give unique buffs to your enitre team that impacts each Pokemon and the Goal Zone as well. 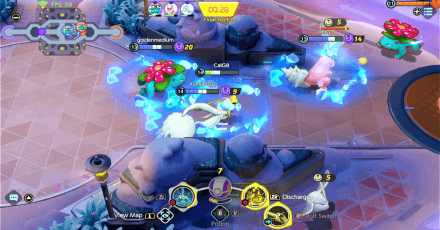 Upon defeating Avalugg, you and your teammates will be protected by floating ice shields, adding armor to your HP. It will last for 20 seconds or when it gets depleted from enemy attacks. 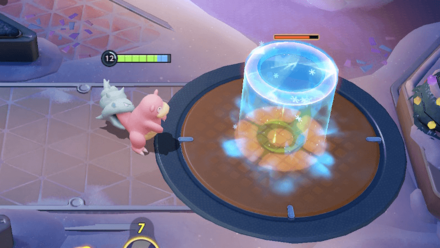 In addition to shielding you and your teammates' Pokemon, the team that defeats Avalugg will get barriers for their goal zones, preventing the opposing team from scoring goals for a short amount of time.

Is Beating Avalugg Worth It?

Avalugg is not a high priority target. Teams will likely be underleveled when Avalugg first appears, and given the fast-paced nature of Quick Battles, time is actually better spent by farming wild Pokemon as much as possible to score goals and level up. Unlike Zapdos, defeating Avalugg does not guarantee a shift the outcome of a match. Only pursue Avalugg when the enemy team is wiped out or when your team has a significant lead in points or levels to guarantee your win.

How to Beat Avalugg 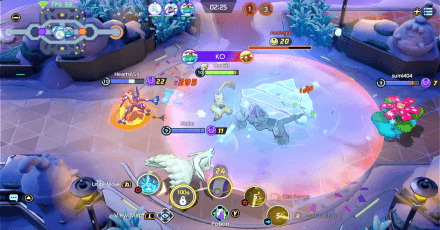 It is best to fight Avalugg with a full party. Be sure to use your powerful moves on it while avoiding most of its attacks. Moreover, it is good to stay on your side of the area for a quick getaway if you get ambush by the enemy team. 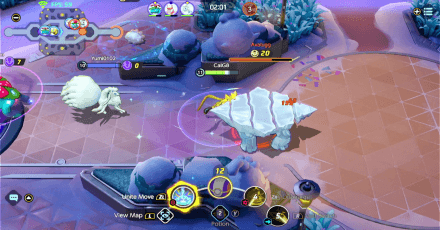 When fighting Avalugg, it is important to keep it within its spawn area. When it goes far enough outside the center area, it will retreat back and will regenerate all of its HP, wasting the effort you put into defeating it.

Avalugg has a number of devastating AoE moves that mostly affect melee Pokemon. It is important to make Avalugg focus its attacks on your team's Defenders, or any Pokemon that have high Endurance to absorb most the damage.

Speedsters will have to circle around Avalugg while attacking along the way. Attackers can safely deal most of the damage from afar, while a Supporter should heal or give buffs accordingly.

When to Beat Avalugg 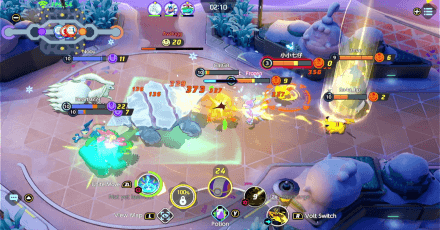 Since Shivre City is a small map, you can easily spot the opposing team when they are fighting Avalugg. Use this opportunity to focus your attacks on them and take them out while their HP is low, or even land the last hit on Avalugg to get the bonus effects. Be careful, the enemy team might do this to your team too!

When Your Team is Powerful Enough

Its powerful arsenal of moves and high HP makes fighting Avalugg drag long. The enemy team can easily ambush you when your contesting Avalugg, so it is best to pursue the objective Pokemon if your team is powerful enough to beat it easily while maintaning position to fend off the opponents.

When Not to Go to Avalugg

Your Team is Behind in Points

It is best not to pursue Avalugg when your team is losing. Instead, try to catch up to any point and level disparity that your team has by defeating other wild Pokemon. 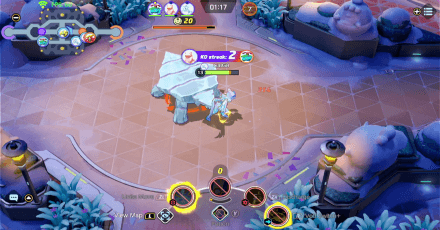 Avalugg has hard hitting melee attacks that inflict Slow status Effect. There is a chance that the attacks will inflict frozen when you sustain a lot of hits. 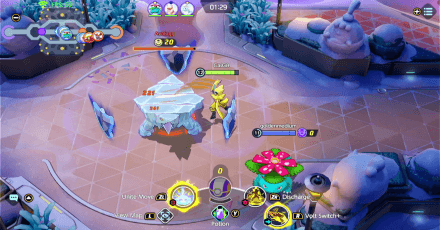 The first time you deal damage to Avalugg, it will summon ice barriers around itself for a short amount of time. Damage dealt to Avalugg while the barriers are active are greatly reduced, and inflicts slow on nearby Pokemon. So, it is best to do a normal attack first to activate the barriers. Then, you can start attacking it with moves when the Ice Barriers disappear. 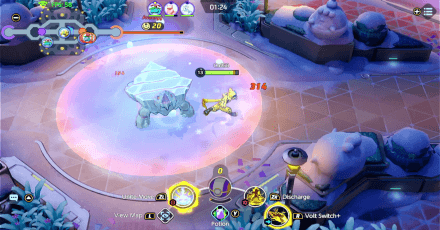 After the Ice Barrier attack, Avalugg will roar loudly, causing an avalanch. Pokemon caught in the radius will continuously get damaged while being slowed. 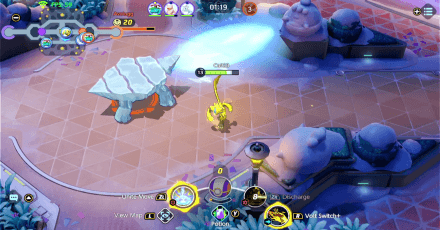 Avalugg has a beam attack that deals damage to any Pokemon caught in its range. You can easily dodge this by getting out of the direction Avalugg is facing when it channels the move.

Post (0 Comments)
Opinions about an article or post go here.
Opinions about an article or post
We at Game8 thank you for your support.
In order for us to make the best articles possible, share your corrections, opinions, and thoughts about "Avalugg Buff and Spawn Time" with us!
When reporting a problem, please be as specific as possible in providing details such as what conditions the problem occurred under and what kind of effects it had.