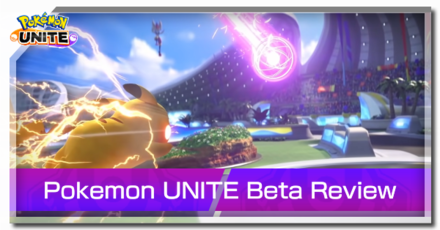 This is Game8's review of Pokemon UNITE during its Network Beta Test on the Nintendo Switch. Read on to see our rating for the game and if Pokemon UNITE is worth picking up or not on release!

This rating is exclusively for the Japanese Network Beta Test.

To read our full game review, check out the Game Review article by clicking the link below:

To Whom Does Pokemon UNITE Cater Towards?

This review is exclusively for the Japanese Network Beta Test. 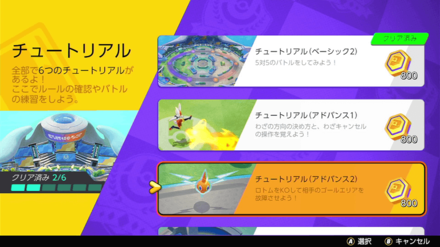 Pokemon UNITE has very solid tutorials right off the gate. Aside from your standard starter matches, there are additional training courses available from the main menu. These courses teach different aspects of the game in more detail.

This may seem like a minor detail for MOBA veterans, but the new player experience is something other MOBAs often neglect. Introducing various game mechanics without chucking new players into the deep end is something Pokemon UNITE competently addressed and should be commended. 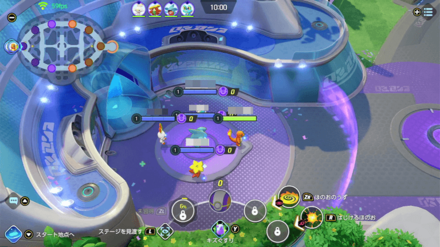 Time investment in a match is one of the things that makes MOBAs relatively inaccessible for new players. Current kings of the genre have an average match time of 30-40 minutes, which can potentially make the experience a grueling one — especially if you're on the losing side.

Pokemon UNITE offers a unique solution to this issue by introducing a 10-minute time limit per match! While this seemingly terrible idea won't work for other MOBA titles, Pokemon UNITE's unique match style allows it to thrive in this time-based system.

Pokemon UNITE matches are essentially score-based bouts between two teams. The team that scores the most points after 10 minutes wins. This means players can enter matches without investing much of their time into each one.

10-minute matches are insanely short — even by mobile MOBA standards. This means the overall movement around the map is incredibly fast-paced.

Junglers may find themselves needing to rotate towards their team's lanes earlier than they would initially expect. The laning phase tends to shift into the mid-game at around four minutes into the game, where most teams have their second evolutions already set.

Things speed up to the point of absolute chaos at the final two minutes of the game. Doubled points and the appearance of a Legendary Pokemon call for increased aggression as teams scramble to gather as many points as they can before the buzzer sounds.

Do not be deceived by Pokemon UNITE's colorful aesthetic. This game's lightning-fast pace can even throw some MOBA veterans off for the first few matches! 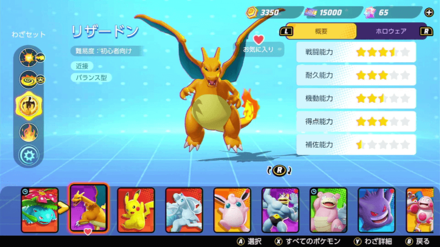 Pokemon UNITE's learning curve is easy to pick up because of the first two pros of this review. The combination of decent tutorials and short match times allows players to learn the general flow and mechanics of the game quicker than most MOBAs.

The game also has a surprising amount of depth due to its Pokemon moves system. Each Pokemon has its own set of skills or moves. Pokemon moves can then be upgraded to accommodate different playstyles, allowing players to tweak their chosen Pokemon to suit their preferred style in every match. Overall, this creates an environment where build diversity is at a good state — at least where the Network Beta Test was concerned.

Combine Pokemon UNITE's moves system with other staples of the MOBA genre, like items or map rotations, and we have ourselves an upcoming MOBA game that is more welcoming than most titles in the genre but maintains a viable level of competitiveness through its in-depth mechanics.

Con: Ranked Matches are Too Short

One of the issues we found during the Network Beta Test is how short the matches are. While 10 minutes is a nice length for casual matches, we feel that ranked matches should have more minutes for their matches for better overall match quality.

The problem with 10-minute matches in ranked mode is that players don't have enough time.

Ranked matches are games where players are pit against opponents of equal skill levels. Players should be in an environment where a ranked match's length is long enough for more nuanced gameplay and strategy.

Ranked matches have the potential to be better if we simply had more time. Imagine 20-minute matches instead of 10. This can lead to situations where those on the losing side can simply avoid direct fights and focus on coming back via defending and farming the jungle or the opposite lane of where their opponents are at. Once the former has caught up in terms of exp, they can start to equalize and even win the match because the game gave them enough time to do so.

Another benefit of having more time is that the quality of the matches themselves gets better. Teams are inclined to think of more in-depth and unique strategies to win the game because they have the time to do so. The game's exp and score gain can also be adjusted by the new match length.

The current iteration of ranked matches heavily favors the team that can secure the laning phase of the match due to its short length, which brings us to the final point of this review.

Con: Matches Can Easily Snowball Out of Control 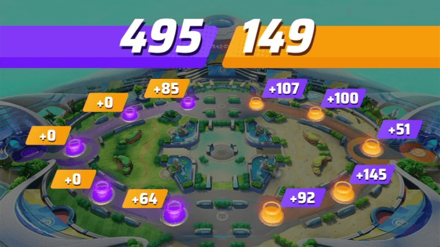 A MOBA is a game of maintaining the advantage but still has avenues and systems in place for losing teams to come back from a dire situation. This delicate balance was thrown out the window during Pokemon UNITE's Network Beta Test primarily due to its match length.

10-minute matches are too short to host a lot of the dynamic gameplay that MOBAs are known for having. The team that can secure the first four minutes of the match can easily maintain the lead to victory. The losing side is mostly forced to defend most of the time and wait for the winning side to make a mistake. The losing side also cannot afford to split the map much. By the time they catch up, their opponents have already banked too many points to make a comeback.

Pokemon balancing can also be a factor in this case since certain Pokemon like Lucario, Garchomp, and Absol thrive in the snowball meta a bit too much.

In order for us to make the best articles possible, share your corrections, opinions, and thoughts about 「Beta Review: Is Pokemon UNITE Good? | Pokemon UNITE」 with us!