Are There Bots in Ranked? | Pokemon UNITE 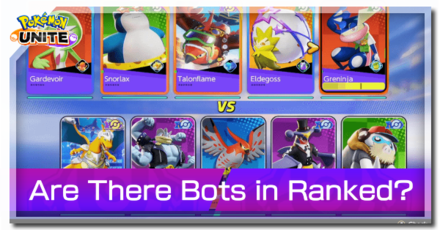 In this article, we will explore the claim that there are bots in Ranked Matches in Pokemon Unite. Read on to learn if there are bots in ranked, how to spot if you are playing against bots, why do you get queued againt bots, and do you still get points for winning.

Are There Bots in Ranked?

Bots Can Appear in Ranked Matches 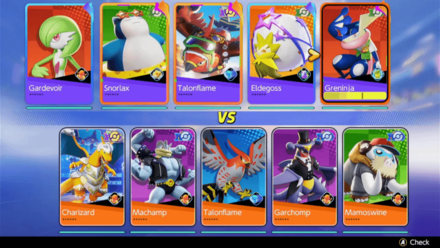 Bots can appear in ranked matches. While the presence of bots may seem strange in a competitive game mode, they're a rare occurrence that only shows up when certain conditions are met. Based on our current findings bots aren't such a common sight to the point that you'll be encountering one every match, so you shouldn't worry too much about being matched with or against them.

In a bot match, not only will the enemy team be full of bots, your teammates will be bots as well. This is done to make people in a slump feel better and start winning again.

When are you Matched Against Bots? 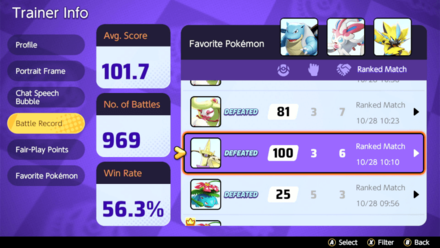 From what we've observed, losing increases the chances of going against bots in your next game. It increases greatly when you are on a losing streak, with every loss increasing the odds the next match will be a bot game.

In the Beginner Ranks, matching up against a bot is very likely after every loss. This also means that if you lose against these bots, you will also go up against bots in your next game. 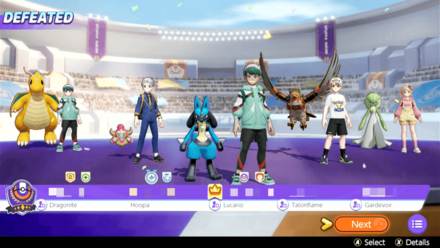 When you lose for the first time in ranked for solo queue, all of the players in the next match will be bots, including your teammates.

Interestingly enough, you can vote to concede during the match and the bots will all vote for yes. Even though the next match will still be against bots, you will at least have real players as your teammates.

Are There Bots in Party Queue? 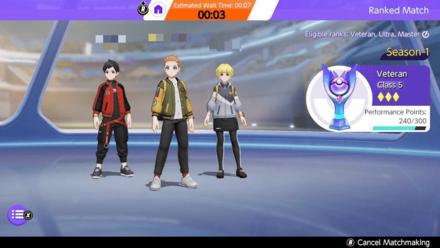 From our testing, you can still encounter bots if you are queued up as a party.

How to Tell if You are Against Bots 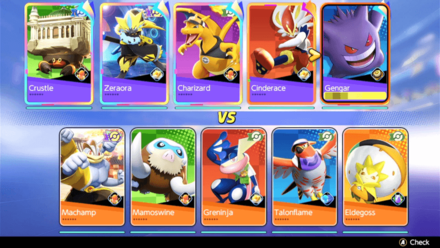 Although Holowears are common, bot matches usually have most Pokemon (both allies and opponents) having Holowears. 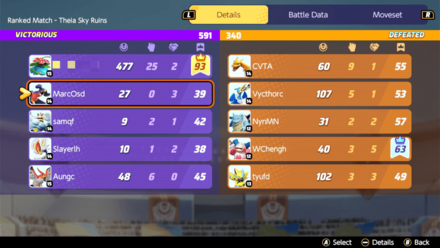 Bots will also use trainer names that pass as real player names. It's suspected that they are randomly generated.

Delayed Action at the Start of the Game

Bots won't move immediately when the match starts. There's a noticeable delay in their action before they move and go to their lanes. 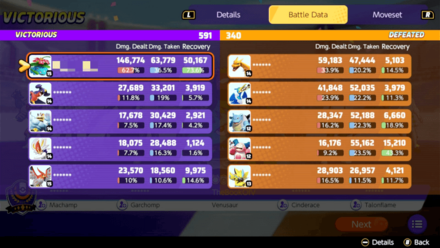 Bots display vairous odd behaviors during the game that makes winning a lot easier. If the game feels considerably easier than past matches, it's most likely a bot match.

Profile is Set to Private 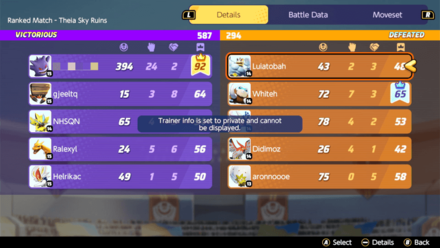 What Ranks Do Bots Appear In?

From Beginner to Masters

Based from user experience, bots seem to appear in every single rank level.

However, the rate of occurance decreases depending on your current rank level. Beginners rank can experience it at the rate of after each loss while Masters rank t can take up to 8 losses in a row.

Do You Gain Rank Points When Playing Against Bots? 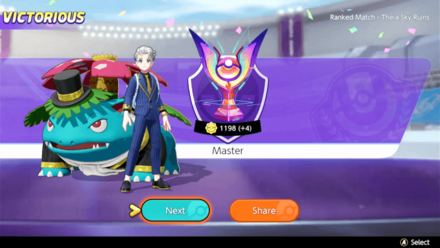 You will still gain Rank Points when you play against bots. Keep in mind that you aren't guaranteed to face a bot after every loss, so you won't have an easy trip to Masters.

Master Rank Points are Lower in a Bot Match 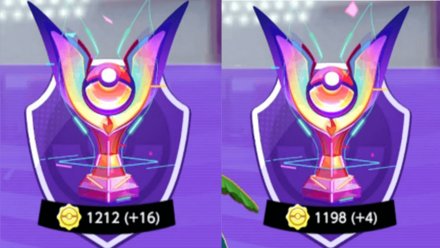 The points you gain in winning a bot match in Masters Rank is significantly lower than that of a normal match.

Why Does Ranked have Bots? 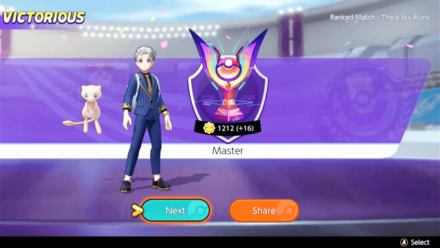 MOBA is a tough genre that can be difficult for new players to get into. It can have a high learning curve and can lead to new players quitting after losing to more experienced players in Rank. Playing against bots without knowing it can give these new players more confidence.

Do You Think Bots are Ruining Ranked?

In order for us to make the best articles possible, share your corrections, opinions, and thoughts about 「Are There Bots in Ranked? | Pokemon UNITE」 with us!