Regirock Guide: How to Steal and Buffs | Pokemon UNITE 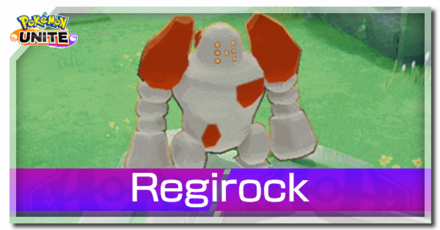 Regirock is a Boss Pokemon in Pokemon UNITE. Read on to know what buff Regirock gives, its spawn time, spawn locations, the effective strategy to take Regirock, and more!

Regirock spawns at the bottom-middle area of the Bottom Lane when the match timer reaches the seven-minute (7:00) mark. It is one of three possible Regis that can spawn, the others being Regice and Registeel.

Regirock will respawn 120 seconds after being defeated. It is possible to get up to three (3) objective spawns in one match if you manage to defeat it quickly. It will eventually stop respawning when the battle time reaches the last 2:00 minutes of the match. 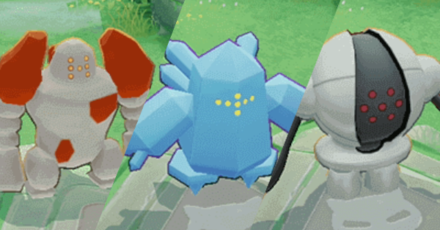 Bottom Lane objective spawn is randomized. This means that Regirock may not respawn and instead be replaced by the other Regi variants. Though unlikely, it is also possible to have three (3) Regirock spawns in a single match.

Grants EXP to the Whole Team 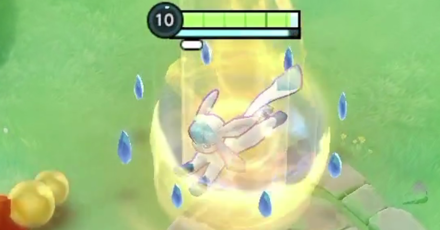 The bonus EXP reward for defeating Regirock will automatically take effect on each team member regardless of where they are when Regirock is defeated. This makes stealing the Pokemon from the enemy team extra satisfying. 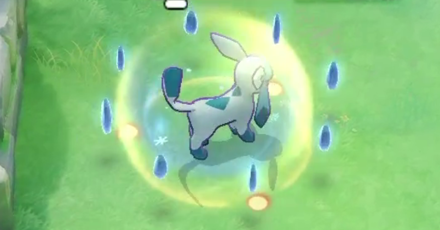 Regirock's buff grants shields and an increase in Defense & Sp. Defense once defeated. You know a Regirock Buff is active if circles on a yellow orbit are encircling your Pokemon.

Note that the buff for defeating the other two Regi variants (Regice and Registeel) is different. The colors of the circles also change depending on which Regi Buff is active.

Points Only Given to Last Hitter

The points dropped by Regirock will only be given to the player who deals the final hit. However, if that player's Aeos Energy is at full capacity when it defeats Regirock, the points are dropped instead and can be picked up by other players. 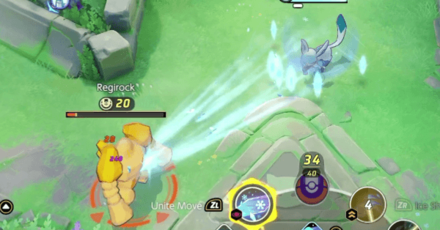 Like other Regi variants, Regirock is bulky and slow. Take advantage of this by kiting it with attacks from afar, if you have a ranged Pokemon. Otherwise, hit it with moves and circle around if you have a melee Pokemon.

Be Mindful of the Boulder 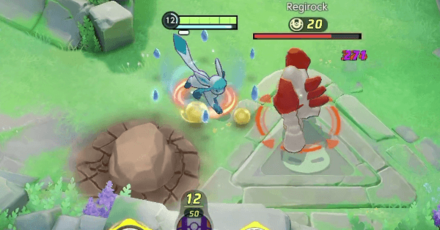 When Regirock uses its Rock Slide move, it will leave behind a boulder that blocks movement. Be mindful of where the move lands so you can avoid getting stuck in an awkward spot and open yourself up to the enemy team.

Fight Within Range to Maintain Aggro

Careful, being too far away from Registeel may cause it to lose aggression and return to its spawn location. When this happens, it will be immune to attacks, and will recover HP rapidly. So, it is best to stay in the area at all times when securing the objective!

How to Steal Regirock

Unlike other Regi variants, Regirock is smaller target and its crowd control move does not deal AoE damage. Melee Pokemon will have an easier time securing this objective, provided they can maneuver around the craters it leaves when it uses its Rock Slide move.

Brawl Until it Drops

When to Take Regirock 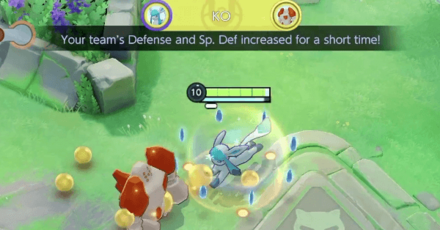 Since Regirock gives a large amount of EXP for the whole team, securing spawns will give your team the level advantage that can drastically increase your chances of winning the match.

For the best chance of securing Regirock, make sure to rally the whole team near its spawn location and focus on picking off enemies first before contesting.

When Regirock gets close, it will hit the Pokemon with a punch. Although this attack may not deal significant damage, taking too many hits can be dangerous if you are not careful.

Regirock drops a boulder from the sky, dealing damage and stunning the Pokemon it hits. The move also leaves a crater at the affected area for a short time, which blocks movement when it is still present.

Regirock charges then fires three (3) balls of energy in a straight line that deal damage while also slowing Pokemon down for a short time.

In order for us to make the best articles possible, share your corrections, opinions, and thoughts about 「Regirock Guide: How to Steal and Buffs | Pokemon UNITE」 with us!